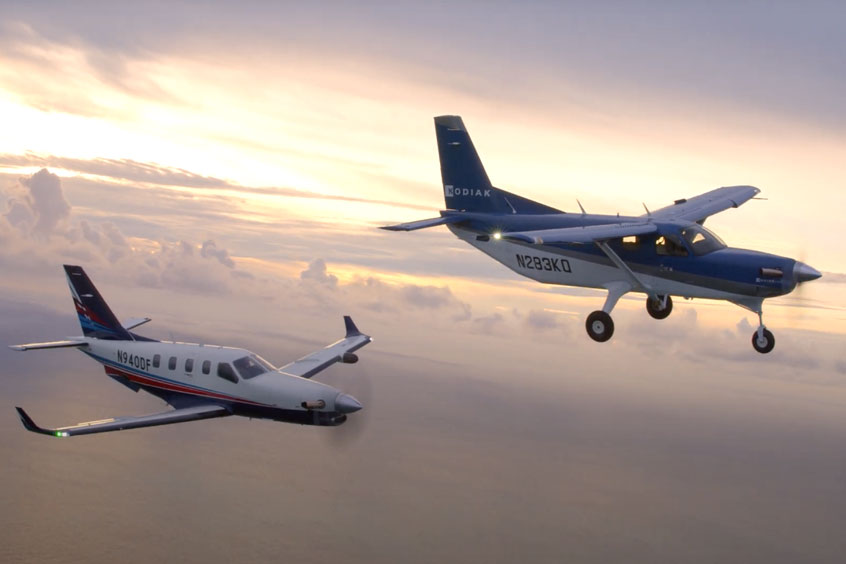 Daher and Kodiak have joined forces. 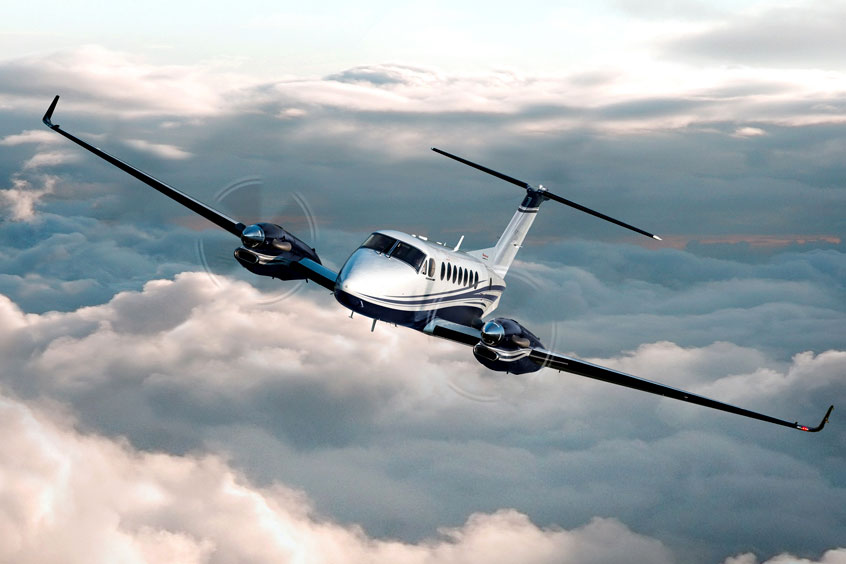 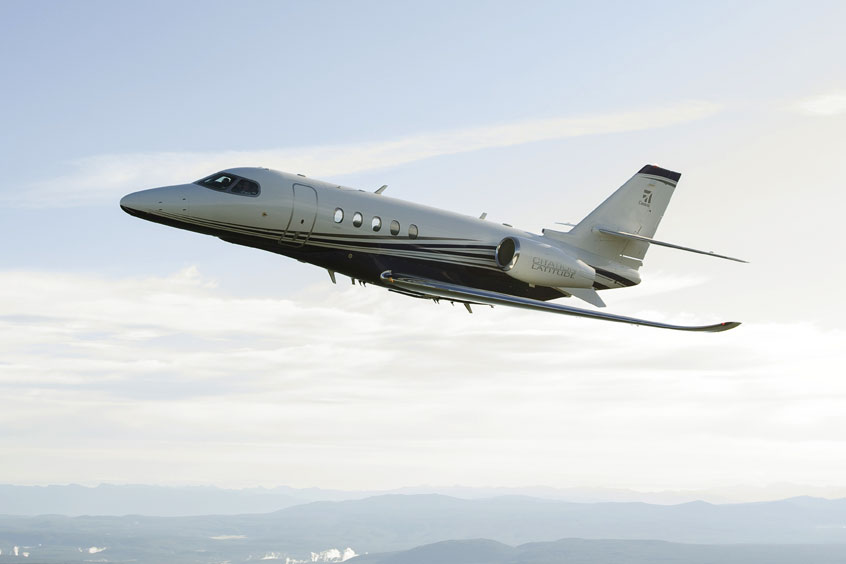 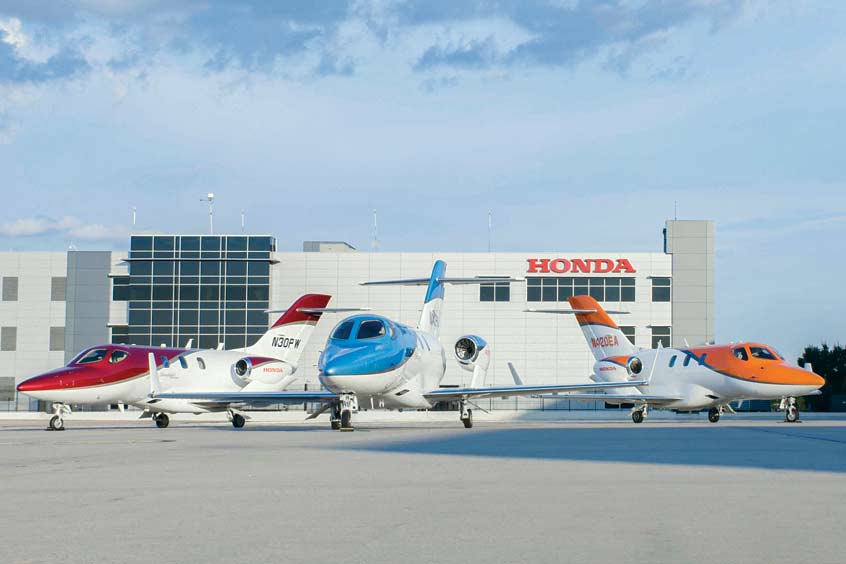 Read this story in our March 2021 printed issue.

Aircraft deliveries reached a value of $22.8 billion, a decrease compared to $27.8 billion in 2019. Piston aeroplane deliveries were steady, while turboprop, business jet and helicopter deliveries declined as compared to 2019.

The General Aviation Manufacturers Association has presented its 2020 year-end general aviation aircraft billings and shipments report, during its annual state of the industry press conference.

“As expected, in 2020 the COVID-19 pandemic negatively impacted general aviation and stifled the industry's growth,” states GAMA president and CEO Pete Bunce. “While we continue to face headwinds globally, all signs point to strong demand for our products and services that are unfortunately being constrained by pandemic induced supply chain limitations and a vast array of disjointed barriers to air travel across national borders. As we progress through the recovery process, our member companies have made the health and safety of their employees and that of their suppliers an overarching priority and rigorously support economic policies that preserve our skilled aerospace workforce.

“It is encouraging to see that segments of our industry saw a solid rebound in the fourth quarter of 2020. In 2021, it will be important for the general aviation industry to work together with our commercial sector colleagues to keep our interlinked but very fragile supply chain secure, while continuing to engage global regulatory authorities to leverage their mutually recognised safety competencies to keep pace with accelerating technological innovations that improve aviation safety and environmental sustainability and facilitate industry recovery.”

The HondaJet was the most delivered aircraft in its class for the fourth consecutive year. During 2020, Honda Aircraft Company delivered 31 aircraft to customers globally.

“While the COVID-19 pandemic has led to a decline in overall business jet deliveries compared to previous years, we also have seen it accelerating the shift to safer and more sustainable modes of transportation,” says Honda Aircraft Company president and CEO Michimasa Fujino. “HondaJet deliveries quickly recovered to pre-COVID levels by the end of the year, showing that customers around the globe continue to choose the HondaJet. This includes many first time business jet owners, who have come to realise the benefit of travelling privately. We believe that the HondaJet will keep contributing to the recovery of the global business aviation market.”

According to the GAMA report, Textron Aviation was the leading business jet manufacturer, in terms of deliveries in 2020, with the Cessna Citation Latitude remaining the most-delivered midsize jet for the fifth consecutive year. The company was also the leading non-agricultural turboprop producer, with its Cessna Caravan and Beechcraft King Air turboprops leading the way.

Daher's aircraft division has also announced its 2020 business activity, with the delivery of 53 aircraft from the Kodiak and TBM single-engine turboprop product lines, as well as orders for another 50 of these aircraft to be delivered in 2021.

Last year's deliveries were led by the TBM 940 and TBM 910, with 42 provided primarily to pilot-owners. The majority of TBMs were for North American customers (34 airplanes), followed by Europe (with two in Germany, two in the UK and two in France), along with one aircraft in Brazil and the first TBM to be based in the United Arab Emirates at Dubai.

The other 11 deliveries in 2020 were Kodiak 100 Series II airplanes, nine of which were in the Americas, along with two provided in Europe for Germany. Customers were primarily fleet operators, such as Costa Rican charter carrier Green Airways; Meta Special Aerospace, an ISR (intelligence, surveillance and reconnaissance) mission provider based in Oklahoma; and Bridger Aerospace, which performs firefighting and aerial survey duties from its Montana headquarters.

In addition, there were 20 sales of the pre-owned Kodiak 100 aircraft remaining in the inventory of the sales network after the company acquisition by Daher.

“The continued success of the Phenom 300 series, as the best-selling light jet in the world, is a reflection of our dedicated commitment to deliver the ultimate customer experience in business aviation,” says Michael Amalfitano, president and CEO of Embraer Executive Jets. “At Embraer, we are always improving our market leading products. We are continuously looking for advancements in performance, comfort and technology. The Phenom 300E not only boasts advanced capabilities, but also delivers the most sophisticated combination of performance, technology and ergonomics of any light business jet in the industry.”

Bombardier's Challenger 350 aircraft was the most-delivered medium category business jet in 2020, making it the category leader for a seventh consecutive year. The company also outpaced competitors by delivering 44 aircraft in the fourth quarter of 2020. This accomplishment was driven by a record 16 Global 7500 business jet deliveries in that timeframe. 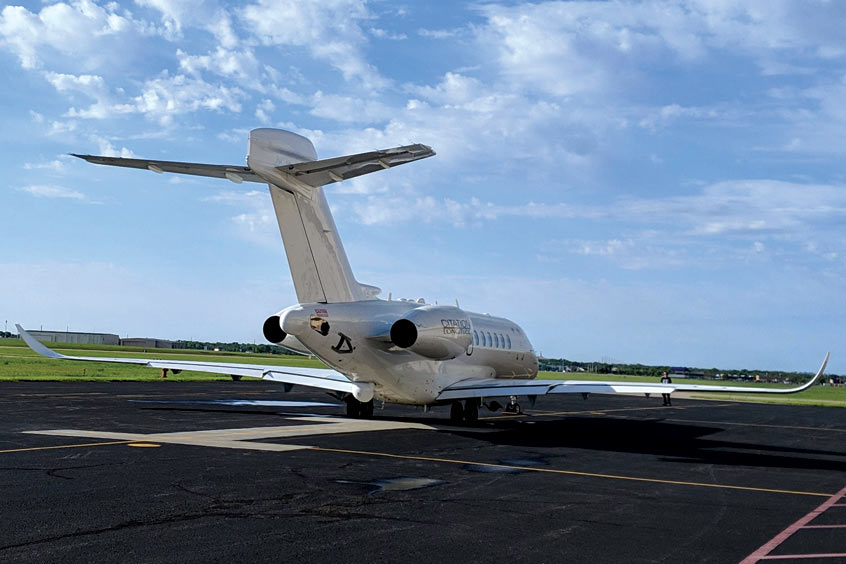 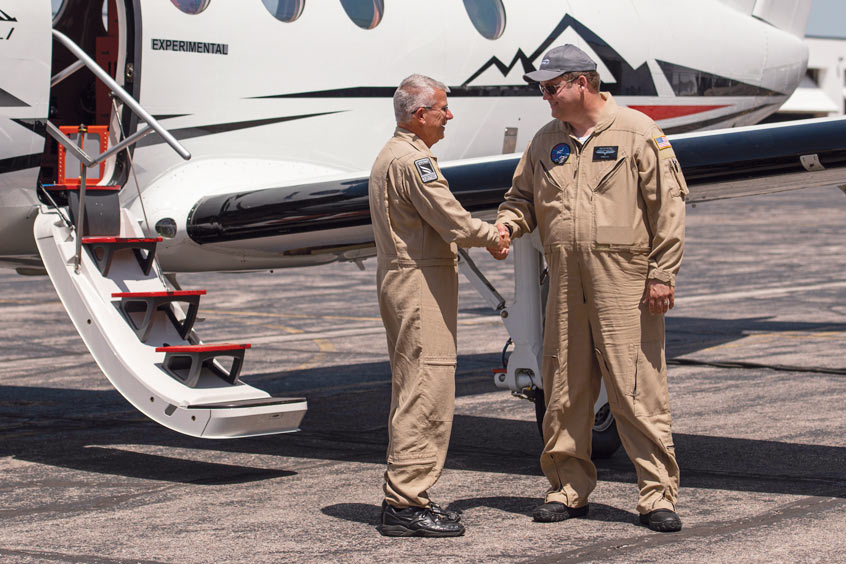 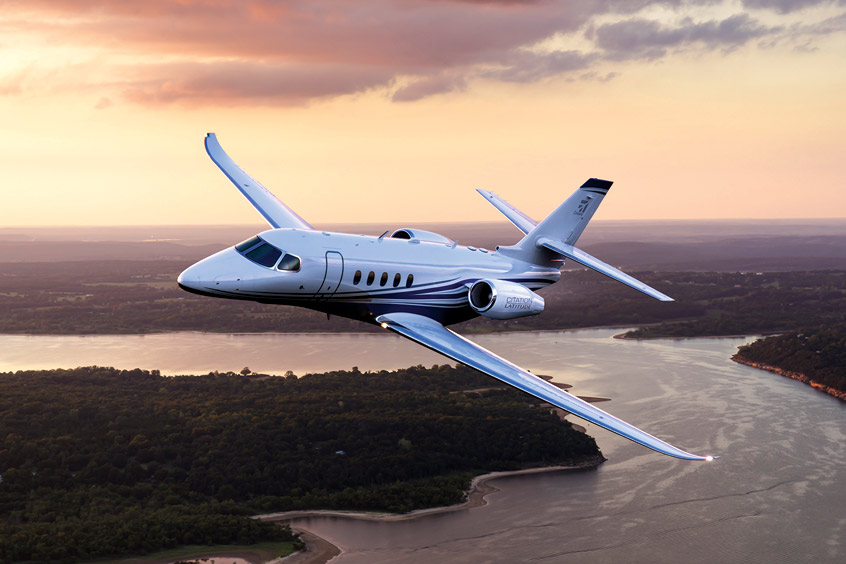