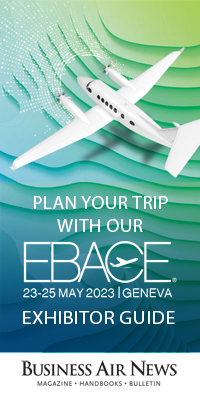 The Vision Jet, model SF50, is a single engine very light jet designed and produced by Cirrus Aircraft. The company began initial development in 2003, had an aircraft mock up by 28 June, 2007 and on 26 June, 2008 declared that it was the ‘slowest, lowest and cheapest jet available’. It is designed for single pilot operation.

The Vision Jet was first flown on 3 July, 2008 from Duluth airport, but the subsequent production aircraft would have a more pointed nose, larger belly section, redesigned wing-root fairing, a V tail and a larger ventral fin.

After Cirrus was bought by CAIGA in 2011, the first conforming prototype flew on 24 March, 2014. The FAA awarded type certification on 28 October, 2016, the first civilian single engine jet to be type certified, and deliveries started on 19 December, 2016. EASA certification followed in May 2017.

The all carbon fibre, low wing, seven seat Vision Jet is powered by Williams FJ33-4A-19 turbofan, 1,900 lbf, mounted on the aft centre of the fuselage and then canted at a descending angle so that it blows vectored thrust through the V tail. The engine positioning also gives a more flexible centre of gravity for loading, facilitates inspections and servicing, and mitigates onboard noise. The Vision Jet also has a whole aircraft ballistic parachute system provided as standard.

On January 8, 2019 Cirrus announced the improved G2 Vision Jet. It has a higher ceiling for greater speed and range, and updated avionics. FAA certification was granted on 8 January, 2019.

Variant types
Manufacturing data
For detailed information about the manufacture of this aircraft, please consult our sister publication Airframer: Cirrus Vision SF50
Charter operators
Why is this data obscured?

Cirrus grows footprint following strong 2021 performance
With 2021 deliveries numbering 86, the Vision Jet became the best-selling jet in personal aviation for the third year in a row. Cirrus looks back at a year of expansion, investment and customer attraction.
Read the full report

Carbon-neutral Verijet moves into Caribbean
Verijet has seen a healthy take up by sustainability-minded travellers of its US east coast service after its launch in 2020. It has now extended its AI software and its Cirrus SF50 jets to Caribbean operations.
Read the full report