Dubai debutant plans fleet purchases
A new Dubai-based charter company plans to include Challenger 604 and Falcon 900 aircraft in its launch fleet. Majestic Executive Aviation and Luxury Travel, formed in April this year, confirms it is close to acquiring its own aircraft.

A new Dubai-based charter company plans to include Challenger 604 and Falcon 900 aircraft in its launch fleet. Majestic Executive Aviation and Luxury Travel, formed in April this year, confirms it is close to acquiring its own aircraft.

The shareholders in Majestic include UAE based investors as well as TraVcon, an executive flight brokerage based in Zuerich, Switzerland, and Omni Aviacion of Portugal. Omni is one of the largest private aviation operators in Europe with subsidiaries in Portugal, France and Brazil. It currently owns or operates 40 executive aircraft as well as two Airbus 319 in VVIP configuration.

Philipp Zuercher, TraVcon md, says: "We are now in negotiations for three aircraft and we want to start operations in October or November of this year. The aircraft will be bought by the investors in Majestic."

Majestic chairman Farooq Arjomand says: "Majestic intends to base its Middle East operations hub in Dubai and is evaluating the introduction to the market of a Falcon 900 as well as Challenger 604 and Learjet 60."

He adds: "Majestic is in the process of establishing a separate company that will hold its own AOC in the UAE to meet the requirement of the General Civil Aviation Authority of the UAE for a locally-based operation."

propel Majestic to one of this region's leading companies in the private aviation sector."

Zuercher adds: "Our clients in Europe are showing increasing interest to travel to the Arab Gulf as a holiday and business destination. They are keen to utilize our services as are new clients in the Gulf who are showing more and more interest in aircraft ownership. We are planning to roll out a number of innovative solutions for this market that will be a benefit to owners and operators of executive aircraft alike."

Jose Da Costa, president, Omni Aviacion, says: "Majestic supports our growth agenda in the region. We will meet the needs of our clients both in the existing airport in Dubai as well as in positioning ourselves for the new 'Dubai World Central' airport which aims to be the biggest in the world when completed."

Majestic is also establishing a base in Shanghai, China, to capitalise on the rapidly growing economy which has resulted in growth in the private aviation sector there.

Zuercher says: "We are in negotiations with local airlines that already have a small fleet of business jets. Majestic would add further aircraft to these but I stress this is all still under discussion."

Growing air traffic between China and the U.S. would provide opportunities. 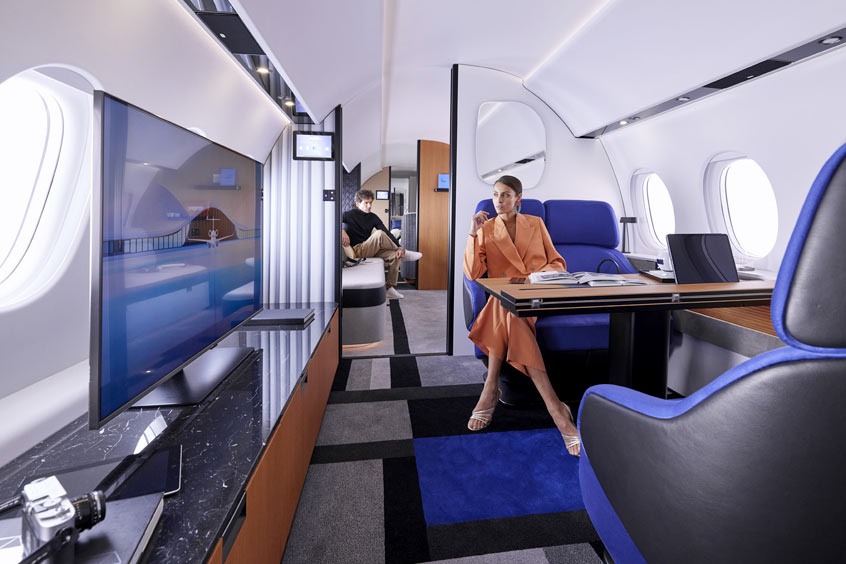