Read our latest feature:   Bonus distribution: LABACE
Sheltair Melbourne to distribute Avfuel/Embraer SAF
Avfuel provided its first delivery of SAF to Embraer at the Sheltair Melbourne FBO on 14 July. Each truckload of the fuel from Neste's Houston location provides a 19.1 metric tonne reduction in carbon emissions. 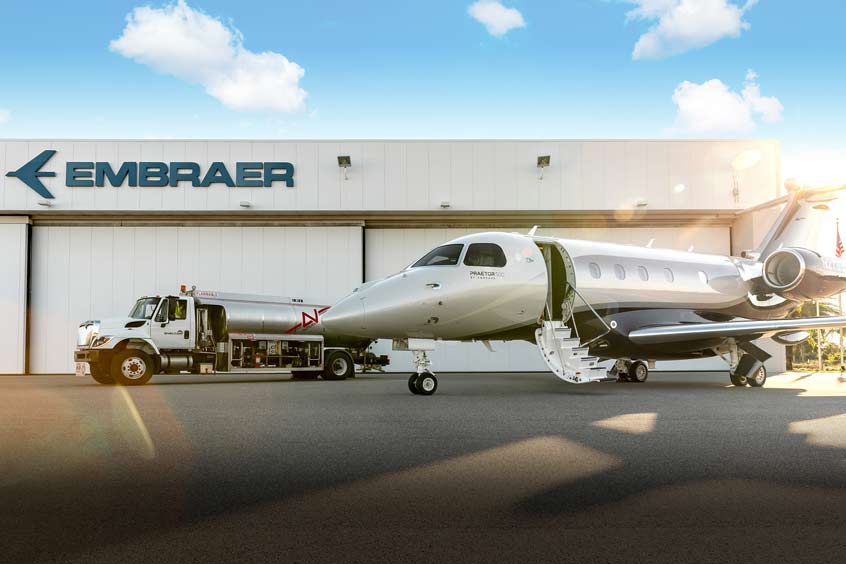 Embraer and Avfuel are part of the Business Aviation Coalition for Sustainable Aviation Fuel launched in 2018 and have been promoting discussions on the path forward for the continued adoption of SAF in business aviation.

Avfuel and Embraer have entered into a collaboration to bring Neste MY Sustainable Aviation Fuel (SAF) to Melbourne Orlando International airport.

The agreement comes as Embraer announces its commitment on climate action, such as achieving carbon neutral operations by 2040 and supporting the aviation industry ́s goal of net-zero carbon emissions by 2050, both of which include integrating the use of SAF into its sustainability initiatives. As part of the collaboration, Avfuel has supplied Embraer with Neste MY SAF at its Melbourne, Florida, facility by delivering the fuel to neighbouring FBO Sheltair Aviation for storage and handling. Embraer aims to use the SAF in ongoing operations at its executive jet's headquarters in Melbourne.

Avfuel provided its first delivery of the fuel to Embraer at Sheltair Melbourne on 14 July. Each truckload (approximately 8,000 gallons) of the fuel from Neste's Houston location provides a 19.1 metric ton reduction in carbon emissions over its lifecycle, equivalent to the amount of carbon sequestered by 23.4 acres of U.S. forests per year. SAF is the most effective way to reduce a flight's carbon footprint; and, in the future, SAF could deliver up to 80 per cent less greenhouse gas emissions versus traditional jet fuel in its neat form.

“We couldn't be more pleased to partner with Embraer in furthering sustainability initiatives,” says Craig Sincock, Avfuel's president and CEO. “We are honoured to provide Embraer with the leading business aviation sustainability solution, SAF, and admire its resolve against climate change. By using SAF, Embraer's not only providing for a significant reduction in carbon emissions, it's also providing an exceptional educational opportunity to introduce operators to SAF.”

President and CEO of Embraer Executive Jets Michael Amalfitano adds: “At Embraer, we have a deeply rooted heritage in environmentalism, which drives us to find solutions toward a more sustainable future for business aviation. As part of those solutions, we have already begun using SAF when flying to industry events. However, we are now taking our efforts a step further. As we just announced our ESG commitments, it's crucial that we lead by example to show our local community, our customers and our operators that we are doing our part and taking immediate action to shape a more sustainable ecosystem of air travel.”

Embraer and Avfuel are part of the Business Aviation Coalition for Sustainable Aviation Fuel launched in 2018 and have been promoting discussions on the path forward for the continued adoption of SAF in business aviation, as well as supporting industry leading events and Embraer flying its full portfolio of business jets to some of those events on SAF. The coalition has a goal of reducing emissions through investments and innovation.

“As business aviation continues to grow, sustainable aviation fuel will be a vital part of advancing our industry and protecting the environment,” comments Jamie Toler, general manager of Sheltair Melbourne. “We are delighted to be an instrument of change thanks to our relationship and partnership with Embraer and Avfuel. Our mutual commitment will only strengthen more environmentally friendly programmes.”

Neste MY SAF is made from sustainably sourced, renewable waste and residue materials, such as used cooking oil. It is a drop-in fuel that, once blended with petroleum jet fuel, meets ASTM D-1655 specification for jet fuel. This makes Neste MY SAF an optimum solution to directly reduce greenhouse gas emissions from aircraft, requiring no new investments, modifications or changes to the aircraft or fuel distribution procedures. 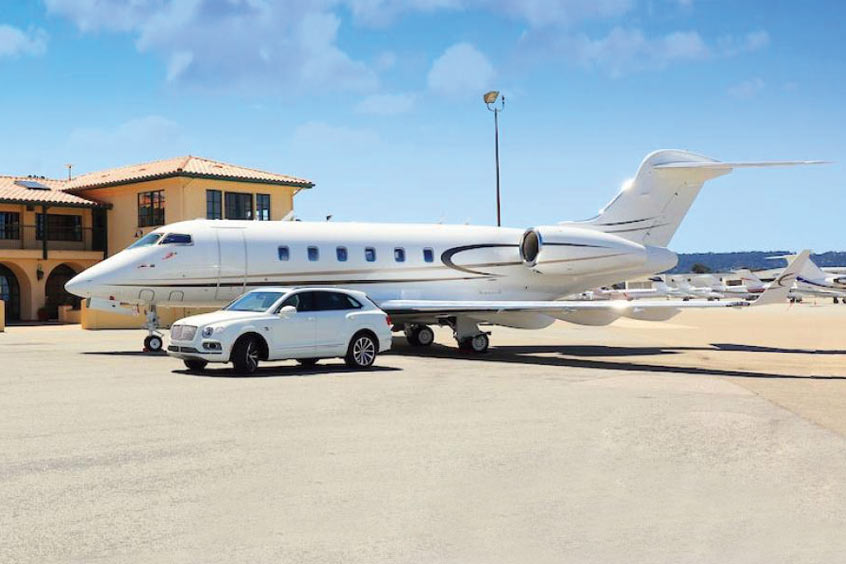 Neste and Avfuel accelerate industry net-zero goals
With more than one million gallons of blended Neste MY Sustainable Aviation Fuel supplied since the partnership began, Avfuel and Neste are helping the industry achieve its net zero commitments.
Read the full report 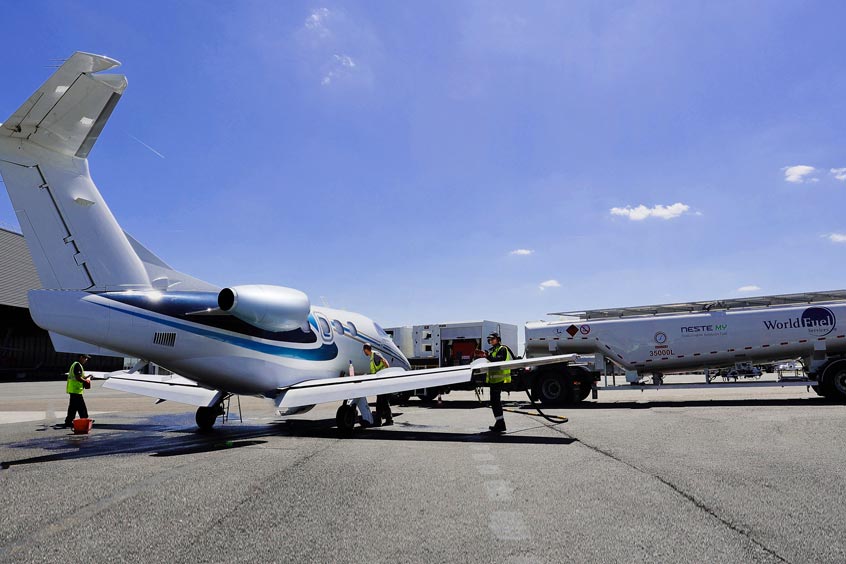 World Fuel expands customer access to SAF
Neste is leading the transformation to SAF and increasing its global production capacity to 1.5 million tons per annum in 2023. Authorised distributor WFS made Paris-Le Bourget its first supply location.
Read the full report 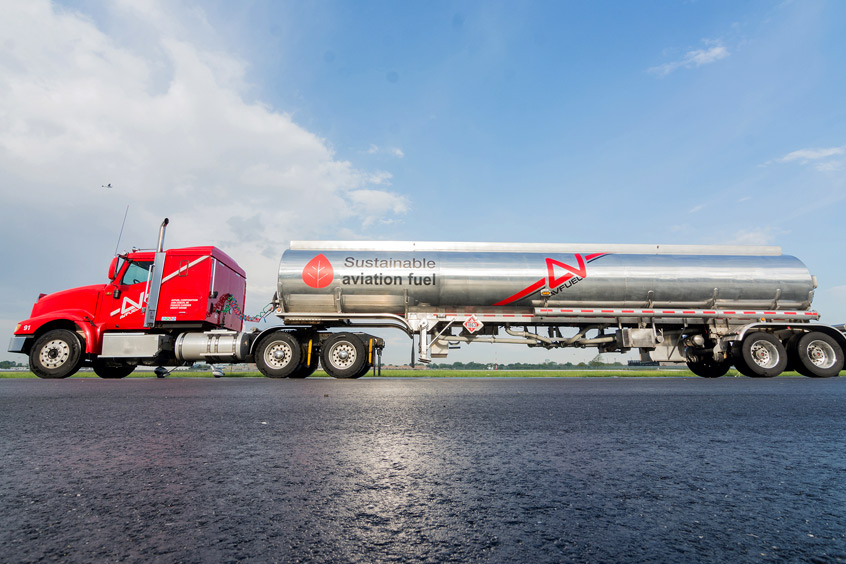