VistaJet offers rapid access to all corners of globe
VistaJet has always looked to be at the leading edge of business aviation, and says that by flying the Global 7500 it will be doing just that. Its new flagship has a circadian rhythm-based lighting system to combat jet lag. 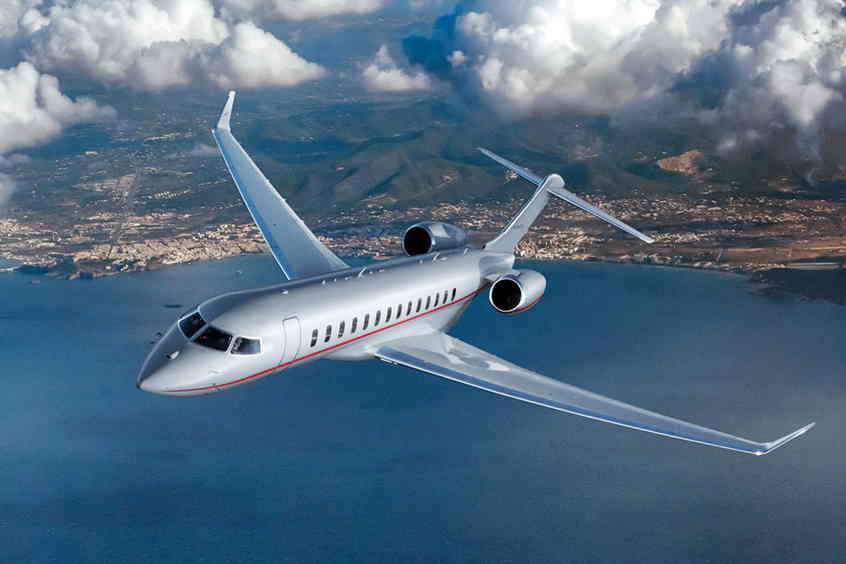 VistaJet's pledge to offer the best experiences to its customers continues with the upcoming introduction of the Global 7500 to its fleet.

Vista Global is to introduce the Global 7500 under the VistaJet brand to its worldwide fleet of 115 aircraft. The 7500 has won the record for the longest mission ever flown in a non-stop flight of 8,225 nm, with a long range flight between Sydney and Detroit, Michigan. The aircraft also set the speed record between New York and Los Angeles, hitting Mach 0.925 and sustaining that speed for more than two hours, completing the coast-to-coast flight in three hours and 54 minutes.

VistaJet's network will allow the Global 7500 to operate at its peak and open an extended world of non-stop possibility for its members. With VistaJet, passengers can travel long haul on the 7500 to 187 countries worldwide, unlocking access to 96 per cent of the world and some of the most hard-to-reach areas in a single flight. VistaJet's passengers will be able to travel from New York to Hong Kong or Singapore to San Francisco in one leg, arriving up to 21 per cent faster than before.

The Global 7500 features four living spaces and the VistaJet configuration offers a permanent private state room suite. The living area includes a six-seat table and new seat architecture, with patented comfort and deep recline. With what is said to be the largest galley in business aviation, food will be freshly prepared in the air, so that Michelin star menus can be cooked the way they were intended to be.

“Today's announcement is yet another game-changer for our current fliers and the many additional customers we continue attracting from our competitors,” says founder and chairman Thomas Flohr. “The 7500's speed, range, space and technology will have a significant impact on aviation, and I am so pleased VistaJet can now offer it. We have had an incredible response from fliers interested in experiencing the 7500 which is reflected by the fact we are already planning the introduction of five additional jets to arrive throughout 2020.

“Since founding VistaJet over 15 years ago, I have been seeking the highest standard to offer our customers a supreme flying experience, while being most cost efficient. This exciting announcement comes just a month after Vista Global's industry changing commitment to implement the highest speed Ku-band internet on board its fleet.”

VistaJet members will have the opportunity to request Global 7500 immediately for flight services commencing in January 2020. Throughout the year, the company will be building its portfolio of 7500s and will operate a fleet of up to six by the end of 2020. The company will then look to take on further aircraft into 2021.