Challenger 350 speeds to ten city-pair records
Completing a 10 mission tour of the US in less than a day, Bombardier has set a new speed record each time with its Challenger 350. 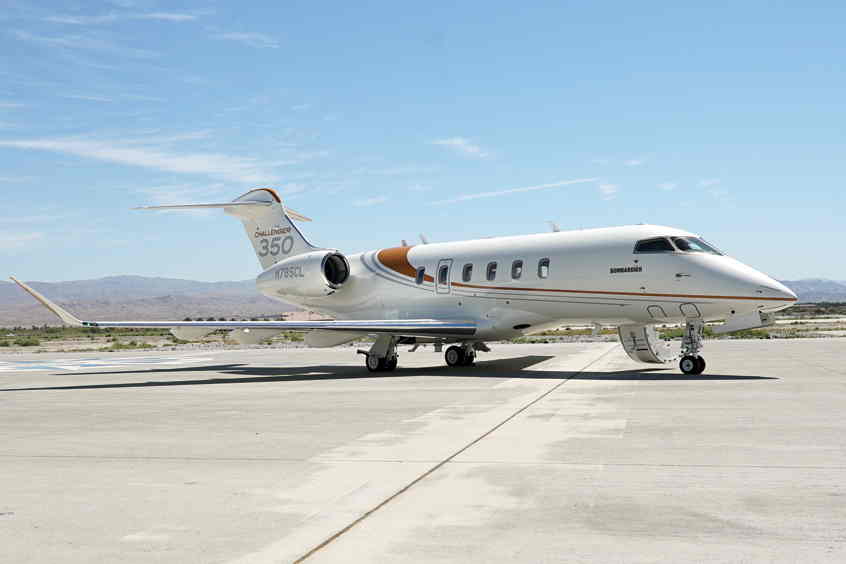 Bombardier has set 10 city pair speed records in just 20.5 hours with a Challenger 350.

The Challenger 350 has demonstrated its performance capabilities and reliability by setting speed records for 10 key American city pairings in 20.5 hours. It flew a cross country circuit between 10 top US business aviation destinations, setting a city-pair speed record with each mission.

The jet departed from Las Vegas at 07:56 am local time and embarked on the US-wide tour. As part of the mission, it flew at an average cruising speed of Mach 0.82 on most of each leg, with stops in Denver, Chicago, Teterboro, Washington, White Plains (New York), West Palm Beach, Houston, Dallas and Los Angeles, before returning to Las Vegas. The aircraft completed its extensive circuit and returned to its departure point at 04:20 am local time on the following day, after flying over 5,600 nm. Bombardier claims this record-setting achievement is a testament to the platform's leading dispatch reliability, a critical productivity factor for corporate flight departments and large fleet operators.

“By connecting 10 of the top US business aviation destinations in 20.5 hours, the Challenger 350 aircraft demonstrated once again its unmatched performance, exceptional reliability and unrivalled value,” says president David Coleal. “As the most-delivered business jet platform of the last decade, the Challenger 350 continues to outperform the competition on all fronts and to provide passengers with the ultimate flight experience.”

“The Challenger 350 aircraft handled beautifully throughout our 10 flights, while showcasing its exceptional performance and signature smooth ride on each of our missions,” adds senior captain, flight operations Dennis Simmons. “While this unprecedented record run is an impressive accomplishment, completing a 10 mission tour of the US in less than a day is well within the capabilities of this outstanding aircraft. From the cockpit, the Challenger 350 lightens the pilots' workload and is a joy to fly, thanks to its advanced equipment and the industry's most extensive set of baseline features.”