Me & My Aircraft: Twin Squirrel provides 'fantastic' aerial filming platform
Excel Charter has six Twin Squirrels among its fleet of ten helicopters based at Stapleford Aerodrome near London. "We put our Twin Squirrels to work in an unrivalled variety of roles," says head of flight operations Ian Perry.

Excel Charter has six Twin Squirrels among its fleet of ten helicopters based at Stapleford Aerodrome near London. "We put our Twin Squirrels to work in an unrivalled variety of roles," says head of flight operations Ian Perry.

Chief pilot Michael Jupp might find himself collecting a businessman from his private jet at Luton and taking him to Battersea Heliport in a vip configuration one day and being on medevac standby the next. "The versatility of the type allows a very quick role change for the aircraft," says Perry. "Fitting a Heli-dyne stretcher only takes a short time and, with up to 50 days a year in this role, this vastly improves the utilisation of our fleet.

"The Twin Squirrel is a fantastic aerial filming platform either with a digital Cineflex on a boom mount or a Wescam nose mount for feature films. Even easier to fit are Tyler side mounts out the side door for action shots. What really helps us on these types of jobs is having four very lightweight aircraft on high skids, which allows more room under the aircraft to mount the cameras and more airborne time for the director/ producer. Twin-engine performance allows us to operate over water and, also of benefit for us being so close to London, over congested areas."

He adds: "Almost every day one of our pilots will be called upon to carry out a photographic sortie over London for property portfolios, developments like the Olympic Park or artistic panoramas. The side opening doors allow for a totally unobstructed view. These views are also enjoyed on our London sightseeing tours; customers often remark upon the smooth ride and the great all-round visibility."

Perry says that with 120 knot cruise speed and two hour fuel capacity, the Twin Squirrel can cover most of the UK demand for charter purposes. "It is also a very capable IFR machine useful in the English weather and especially as the nights start to draw in."

He points out: "The AS355 has been around for a long while and this helps in a number of ways. The reliability and maintainability is superb, we have our own associated Part 145 organisation, MW Helicopters, who looks after our fleet and have so much experience nothing is a problem. Because it is such a popular aircraft among operators it easy to trade lease our aircraft to cover maintenance and new contracts.

"The support from Eurocopter is still good and, with so many EASA approved STCs, we continue to find new ways to utilise our aircraft. We have used an under slung load rig to lift 1,000 kg bags to inaccessible moors or building materials onto an island. We carry out the latest highly accurate LiDar scanning using a laser system that surveys the ground in incredible detail and we have illuminated whole town squares for a show using a Nightsun. We've provided real-time aerial surveillance using our camera and digital downlink as well as infrared imaging equipment on railway and electricity lines."

He concludes: "All in all I don't think there is another aircraft that would allow our business to be so diverse, which in the current economy allows us to be so successful."

Roy Knaus of Heli Austria GmbH says he is satisfied with the maintenance support and dispatch reliability and very satisfied with the operating capability and value. "The best aspect is the good multi-mission platform and the worst the electrical system," he says. "The most desirable upgrade would be C20R engines." 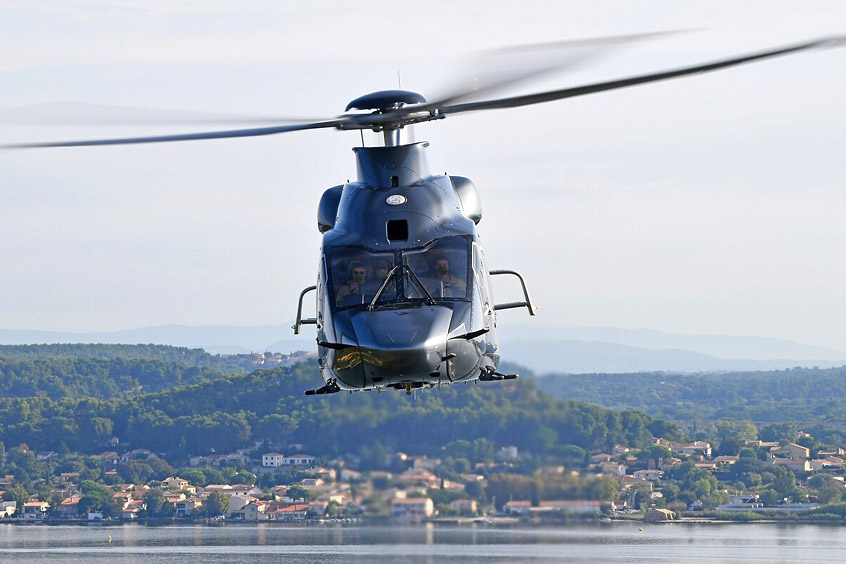