Portugal's Omni Aviacao has brought a Learjet 40 into service. "It is the first aircraft of its type to feature EMS conversion capability," says Jose da Costa, president.

He adds: "Lifeport has supplied the medical kit, and the interior configuration has been modified by adjusting the galley to allow easy access for a stretcher." In its EMS capacity the Learjet 40 can transport one patient on a stretcher and four medical staff up to 1,796 n.m. in ISA standard day conditions, zero wind and 100 nm IFR fuel reserves.

"The Learjet 40 is an excellent aircraft choice for our customers, flying six passengers for over three-and-a-half hours and able to cover all of western Europe and north Africa from our bases in Lisbon and Paris. We are looking forward to bringing more Bombardier aircraft into our fleet in the next two years."

The new Learjet 40 complements Omni's existing fleet of four Learjets including three 45s. One Learjet 45 is based in Paris with Aero Services.

The activities of the Omni Group spans fixed-wing and helicopter services, scheduled and non-scheduled airline operations, maintenance, training, consulting and sales. The charter aircraft service the whole of Europe, and corporations provide the major slice of business with individuals and air ambulance taking equal shares of the rest. Omni Aviacao's internationalisation programme began in earnest in 2000 when it opened a subsidiary in Brazil and then, in 2004, bought an aerospace group in Le Bourget. Omni Aviacao's research had identified Le Bourget as one of the busiest business aviation destinations in Europe, with around 60,000 movements a year. 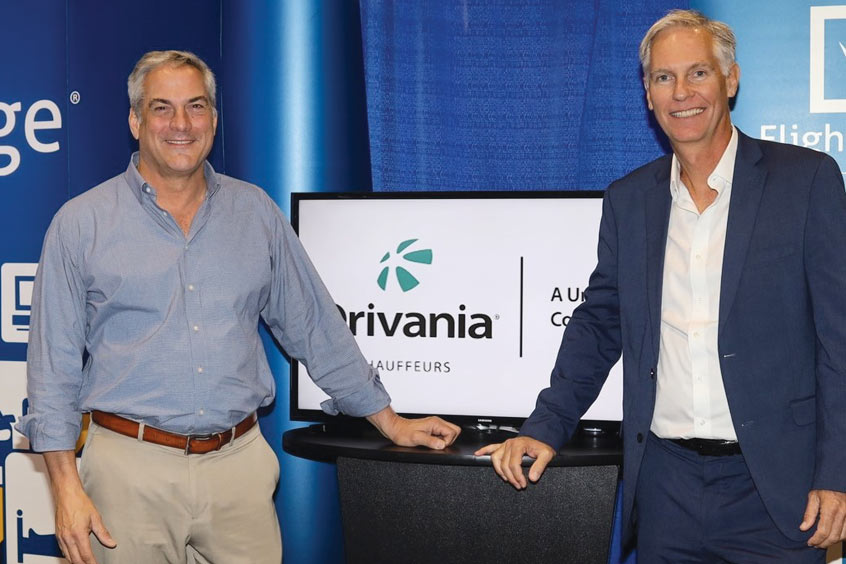 Drivania integrates with FlightBridge for ground transport links
The integration will provide several benefits, including a one step booking process and instant confirmations on domestic and international missions.
Read the full report