ZeroAvia flies world’s largest hydrogen-electric powered aircraft
The flight of a Dornier 228 powered by a hydrogen-electric engine moves ZeroAvia towards its target of commercial flights using only hydrogen fuel cell power by 2025, and scaling the technology to larger airframes. 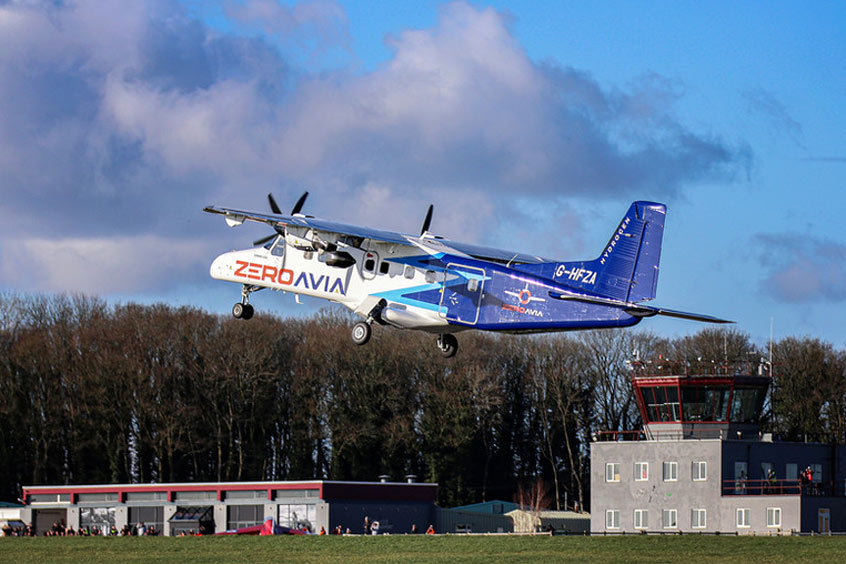 The 19 seat Dornier 228 twin-engine aircraft takes to the sky in testbed configuration for first flight as part of the HyFlyer II project.

ZeroAvia took to the skies for the maiden flight of its 19 seat Dornier 228 testbed aircraft, retrofitted with a full-size prototype hydrogen-electric powertrain on the left wing of the aircraft.

The flight took place from the company's R&D facility at Cotswold airport in Gloucestershire, UK and lasted 10 minutes. The aircraft completed taxi, take off, a full pattern circuit and landing. The landmark flight forms part of the HyFlyer II project, a major R&D programme backed by the UK government's flagship ATI programme, which targets development of a 600kW powertrain to support nine to 19 seat aircraft worldwide with zero-emission flight.

The twin engine aircraft was retrofitted to incorporate ZeroAvia's hydrogen-electric engine on its left wing, which then operated alongside a single Honeywell TPE-331 stock engine on the right. In this testing configuration, the hydrogen-electric powertrain comprises two fuel cell stacks, with lithium-ion battery packs providing peak power support during take off and adding additional redundancy for safe testing. In this testbed configuration, hydrogen tanks and fuel cell power generation systems were housed inside the cabin. In a commercial configuration, external storage would be used and the seats restored.

All systems performed as expected. This is the largest ZeroAvia engine tested to date and places the company on the direct path to a certifiable configuration to be finalised and submitted for certification in 2023, with this programme also serving as key to unlocking speedy technology development for larger aircraft. ZeroAvia's two to five MW powertrain programme, already underway, will scale the clean engine technology for up to 90 seat aircraft, with further expansion into narrowbody aircraft demonstrators over the next decade.

Of note, this flight test campaign is being conducted under a full Part 21 flight permit with the UK CAA, which is a much more stringent set of requirements compared to the E-conditions framework ZeroAvia used for its six seat prototype test flights in previous years. This signifies the maturity of the company's processes and design approaches and its readiness to proceed towards full commercial certification of its powerplants.

ZeroAvia will now work towards its certifiable configuration in order to deliver commercial routes using the technology by 2025. The Dornier 228 will conduct a series of test flights from Kemble and later demonstration flights from other airports. Almost exactly two years ago, ZeroAvia conducted the first of more than 30 flights of a six seat Piper Malibu aircraft using a 250kW hydrogen-electric powertrain.

Founder and CEO Val Miftakhov says: “This is a major moment, not just for ZeroAvia, but for the aviation industry as a whole, as it shows that true zero-emission commercial flight is only a few years away. The first flight of our 19 seat aircraft shows just how scalable our technology is and highlights the rapid progress of zero-emission propulsion. This is only the beginning; we are building the future of sustainable, zero climate impact aviation. Our approach is the best solution to accelerate clean aviation at scale. Congratulations to everyone on our team and all of our partners and stakeholders for the collective effort that brought us to this monumental day in history.”

Secretary of State for business Grant Shapps adds: “Today's flight is a hugely exciting vision of the future; guilt-free flying and a big step forward for zero-emission air travel. It also demonstrates how government funding for projects like these is translating into net zero growth. The UK is a world leader in green aviation technology, and the global shift to cleaner forms of flight represents a huge opportunity to secure growth and jobs for our country. That's why we are backing businesses who share our ambitions, reaping the benefits of green technology and growing the thousands of new, skilled jobs that come with it.”

This latest achievement follows ZeroAvia's previous world-first milestones, starting with six seat prototype flights of a Piper M-Class airframe in 2019 and the world's first commercial-scale six seater hydrogen-electric powered flight in September 2020. The 2020 prototype was a part of the HyFlyer I programme in the UK. Unlike the previous tech demonstrator programme, ZeroAvia's 600kW engine being developed under HyFlyer II is a commercial-intent programme.

The hydrogen-electric powertrain on board was fuelled using compressed gaseous hydrogen produced with an on-site electrolyser. To enable hydrogen production on site, ZeroAvia and HyFlyer II partner the European Marine Energy Centre (EMEC) have delivered and operated the Hydrogen Airport Refuelling Ecosystem (HARE), a microcosm of what infrastructure will look like in terms of green hydrogen production, storage, refuelling and fuel cell powered flight. The system's electrolyser capacity was doubled earlier this year from its initial design for the latest project.

ZeroAvia's HyFlyer II programme to develop its ZA-600 hydrogen-electric engine and retrofit the Dornier 228 is being delivered in partnership with EMEC and Aeristech and is supported by the UK government through the ATI programme and the Department for Business, Energy Industrial Strategy, Innovate UK and Aerospace Technology Institute. Miftakhov is also a member of the UK government's Jet Zero Council.

Today's historic first flight follows significant commercial momentum for ZeroAvia in recent months, including an engine order from American Airlines, a partnership agreement with OEM Textron Aviation and infrastructure partnerships with airports including Rotterdam, Edmonton International and AGS Airports. With 1,500 engines on pre-order, partnerships with seven aircraft manufacturers and a number of fuel and airport partnerships, ZeroAvia is well positioned to lead the industry's transformation to a clean future. 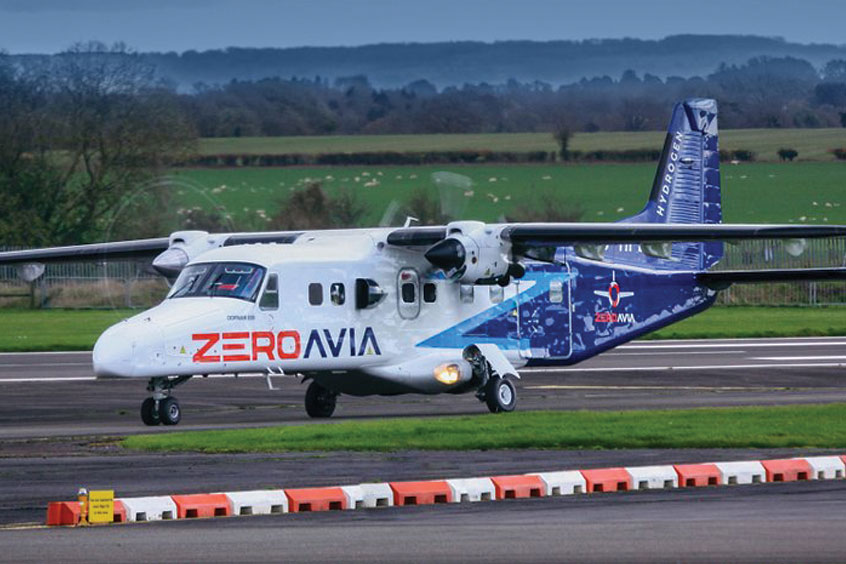 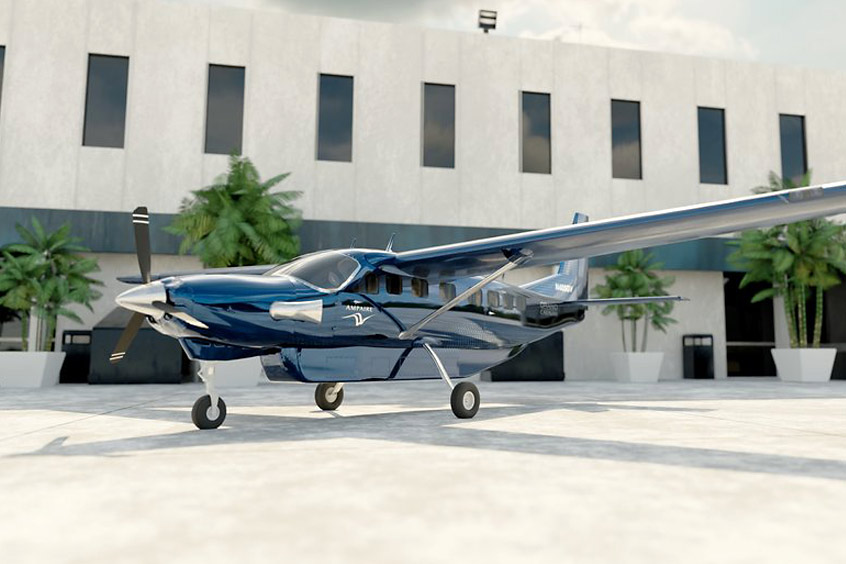