Zenith secures funding for Learjet 75 number four
Zenith worked closely with Paragon Aviation Finance to secure its fourth Learjet and more may well follow, while James Mulholland, son of MD Stuart, has passed the PPL on his 17th birthday. 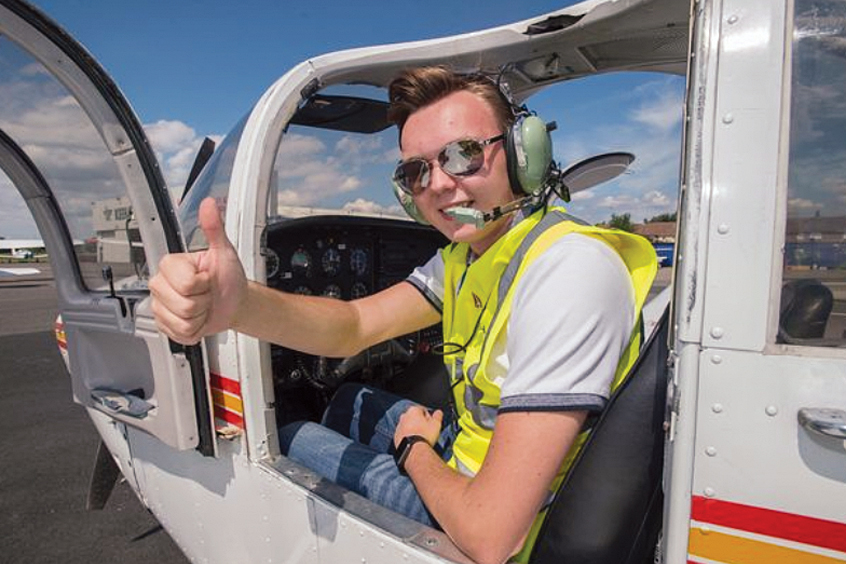 James Mulholland passed his PPL test on his 17th birthday.

Zenith Aviation has taken delivery of its fourth Learjet 75. The only UK operator of LR75s and the largest operator of the type in Europe, the company says that further deliveries may follow.

"We've had an excellent year so far and the expansion of our fleet is seeing the business go from strength to strength," says MD Stuart Mulholland. "A large proportion of our revenue is derived from aircraft charter and therefore developing charter sales is key to the growth of the business. We had professional wrestler Triple H and musician James Arthur flying with us in June so it's been a particularly exciting time, and the new additions to the fleet bode well for continued success.

"Acquiring the Learjet 75 was a game-changer for us as it's the product that all the brokers want to use. On average, we receive between 250 and 300 requests a day, so having another aircraft available in the fleet makes us more able to accommodate them."

Funding for the aircraft to the tune of $7.9 million came courtesy of Paragon Aviation Finance, in a deal that was Paragon's first dollar-based transaction. Head of aviation Alison Jones says: "By being able to provide a dollar finance facility, we can assist clients who prefer the option of funding the aircraft in the currency it is purchased in.

"We aim to make the whole process of financing an aircraft as smooth and simple as possible. We work hard and swiftly to get clients' finance off the ground."

Paragon launched Aviation Finance as part of its asset finance portfolio in September last year and its team has financed more than 10 aircraft to date.

Mulholland adds: "It sounds glamorous but buying a plane is actually a very complex transaction, so anything that can make that process more seamless is a benefit.

"This deal was full of firsts for Paragon; the first dollar deal, the first corporate jet, and the aviation team pulled out all the stops. The time taken from the quote through to the deal closing was less than four weeks, which is very impressive."

There has also been news for Stuart's son James Mulholland, who has become one of the UK's youngest qualified pilots by passing his PPL at Liverpool's Ravenair flying school on his 17th birthday. James was taught by the same examiner who schooled Stuart in 1991.

"I'm immensely proud of James' achievement and I'm thrilled that he's following in my footsteps. As a business, we're always delighted to see new talent entering the industry and with James' dedication, skill and passion, I believe the sky is the limit for him."

James is not yet old enough to embark on commercial flying training but hopes to attend one of the colleges offering integrated pilot training later next year.