AirGO commences fleet upgrade to comfortable and spacious EVO
AirGO has built its 'boutique' business on the Avanti II. But upgrading to the EVO seems a sensible choice, as an updated propeller is said to be whisper-quiet. 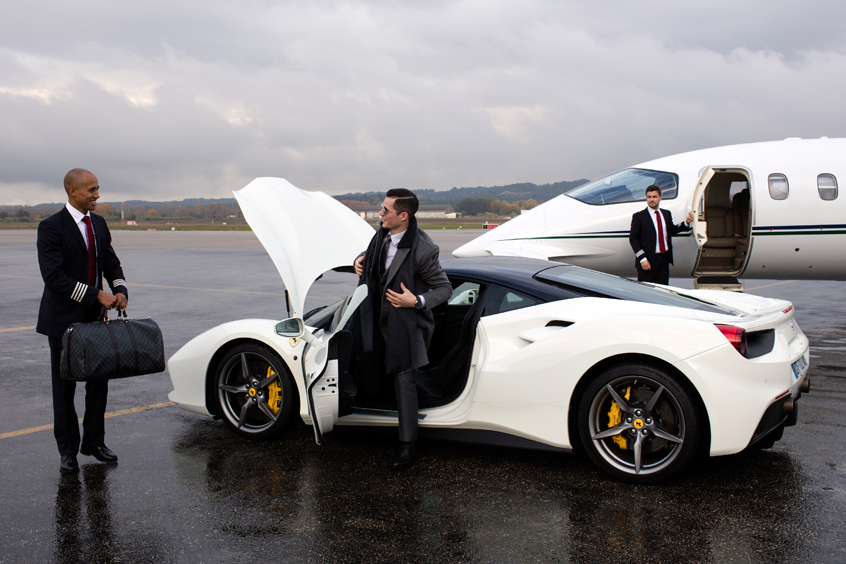 A seamless transition from one Italian design icon to another, as a client leaves their Ferrari behind and boards the Piaggio Avanti.

German Piaggio operator AirGO has started to replace its fleet of Avanti IIs with the latest and quieter Avanti EVO. The company took delivery of one EVO earlier this year and the aircraft has already passed its first 200 hour inspection. Another of its Avanti II owners will upgrade to an EVO as soon as the current aircraft is sold, and the company is currently negotiating with a further potential EVO owner looking to place their aircraft on the AirGO AOC.

CEO Daniela Flierl says that Piaggio makes outstanding business aircraft: "You cannot compare the Avanti to anything. It is technically a turboprop but it does not fly like one, nor does it feel like one in the cabin.

"The cabin is huge, very comfortable and you can stand up in it. It is also very wide; the club chair is wider than in any other aircraft of that class. There is a gangway that you can walk through with ease. You can really feel the space, and overall you get a lot of aircraft for not too much money. Some people compare the Piaggio to a VLJ, but I find that ridiculous. It is much more appropriate to compare it to a midsize jet, without the midsize price tag."

Flierl and her husband Albrecht had been flying privately for many years before deciding to found a charter and management organisation.

"We were both pilots, and we decided to complete our commercial licences. We then found out that there was huge demand from business partners and friends for flying by private jet, so we created AirGO. It was some years later that we found this beautiful aircraft, the Piaggio Avanti. We stopped all of our other businesses at that point and went completely into aviation. "We didn't want to provide a standard product nor do what everyone else was doing. The Piaggio is niche and different from everything else. We were always trying to think of what we would like as a customer, because we were used to it. We looked to translate this to our company.

"Today I would say that AirGO is specialist, and like a boutique hotel. Sometimes the bigger a chain of hotels gets, the less personal it becomes, and we want to avoid that. We want our clients to have a great time and to feel at home, so we are intentionally a smaller company."

AirGO operates a single type fleet. "The Piaggio is an all-rounder and I wouldn't want to have to explain to a customer why they needed to take another aircraft from my fleet if it was not Piaggio," Flierl continues. "Some brokers advertise the aircraft as a turboprop that you can use for short distance flights, small runways and so on, but for me it can do so much more, and is nowhere near as expensive as a jet when flying a shorter distance. The aircraft is also great for long distance, because you have the space in the cabin and you feel more comfortable."

The operator currently has six Avantis on its books. One key reason to upgrade from the Avanti II to the EVO is the updated propeller. "The noise abatement is a lot better. The Avanti does have an unusual sound to it, so with the new propellers it is a whispering aircraft. We hope to change all of the existing Avanti II aircraft for EVOs, so that we can reduce noise and have a younger fleet.

"We are like a family; we have clients that have flown with us for 10 or even 15 years, so we have very close relationships with them. I met them because of the business but today I can call them friends, because we work so closely together."

Piaggio has been quite focused on military projects in recent years, but is turning its attention to the private sector once more. "If someone buys a new EVO, we can choose the best equipment for the profile of the client, help with the purchase and negotiations, we follow up the production with the manufacturer with no extra fees," adds Flierl. "Some owners effectively have their own private flying for free, because the charter really covers it."