Read our latest feature:   Bonus distribution: ACE'22
Florida businessman flies off with 20th TBM 960
Deliveries of the TBM 960, the latest member in Daher's TBM very fast turboprop aircraft family, have reached 20. The recipient of that 20th unit is a south Florida businessman who flew it home from France. 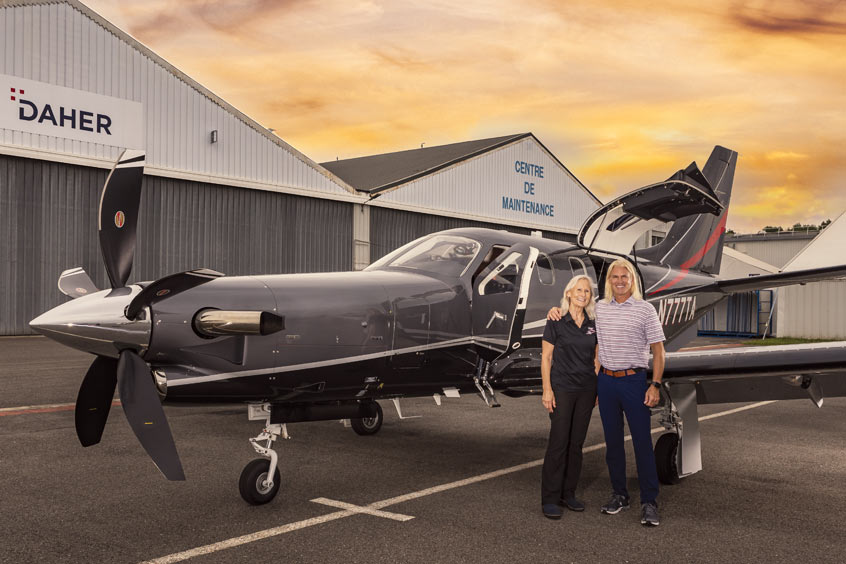 Johnie Weems received the 20th TBM 960 delivered by Daher. He is shown at the Tarbes, France headquarters of Daher’s Aircraft Division with ferry pilot Margrit Waltz, who accompanied him on the transatlantic ferry flight.

The recipient of the 20th Daher TBM 960 off the production line is Johnie Weems, a businessman from south Florida who has owned three previous TBM versions.

“The TBM 960's advanced technology reduces the single pilot's workload, which ultimately leads to safer flights,” he says. “I want to thank the Daher team for having an innovative mindset and pursuing the quest to make an already very capable aircraft even better.”

After taking delivery of his new TBM 960 at the factory in Tarbes, France, Weems performed the transatlantic flight back to south Florida with legendary ferry pilot Margrit Waltz.

“This was truly an amazing experience and an eye-opener as to the capabilities of the TBM. I was amazed at how simple the TBM 960 made the crossing,” he adds.

Of the 20 deliveries of Daher's TBM 960 made so far, 17 have been received by customers in the United States, with these handovers initiated by Daher following the aircraft's certification on 23 June by the US FAA airworthiness authority. The three other aircraft were delivered to customers in Europe based on the earlier certification approval by EASA.

“The TBM 960's benefits of digital power for enhanced sustainability, a superior piloting experience and increased cabin comfort have created a strong demand for our latest TBM version,” says senior vice president of Daher's aircraft division Nicolas Chabbert. “We're nearly fully booked for 2023, with a significant percentage of these orders coming from customers in North America and Europe.”

Key new features of the TBM 960 are its advanced Pratt & Whitney Canada PT6E-66XT engine and Hartzell Propeller five-blade Raptor composite propeller, both of which are linked to the dual-channel digital Engine and Propeller Electronic Control System (EPECS).

With the EPECS, the PT6E-66XT startup is fully automated after a single-switch activation. The cockpit's power lever becomes an e-throttle, using a single forward position from take off to landing, with the EPECS optimising powerplant performance throughout the flight envelope while reducing pilot workload by integrating all functions and protecting the engine's life.

The Raptor propeller is fully integrated into the propulsion system. It is specifically designed to reduce overall weight and improve the TBM 960's take off distance, climb and cruise speed. Turning at 1,925 rpm during maximum power output, the Raptor contributes to limiting noise and vibration. Its sound level during take off is just 76.4 decibels, meeting the most stringent international noise standards.

In retaining the performance of Daher's TBM 900 series aircraft, the TBM 960's digital control enables the pilot to fly with more precise settings. At Daher's recommended cruise setting of 308 kts, the fuel consumption is only 57 US gallons per hour, a 10 per cent fuel economy compared to the maximum cruise setting for more sustainability.

Daher's use of digital power for the TBM 960 extends into the aircraft's Prestige cabin, featuring an all-new environmental control system produced by Enviro Systems. Other enhancements include LED ambience strip lighting integrated into both sides of the overhead ceiling panel and electronically-dimmable windows, all controlled by a passenger comfort display (PCD). Enhancements in the cabin's style and comfort also include new ergonomically enhanced seats, USB-A and USB-C power plugs, along with individual cupholders and headset hangers for each occupant.

To date, Daher has delivered more than 1,080 TBMs in the aircraft's 12 different versions, with approximately 80 per cent of them acquired by North American customers, the majority of whom are based in the US. Daher's aircraft division coordinates its presence in the market through the North American headquarters and support facility at Pompano Beach, Florida. 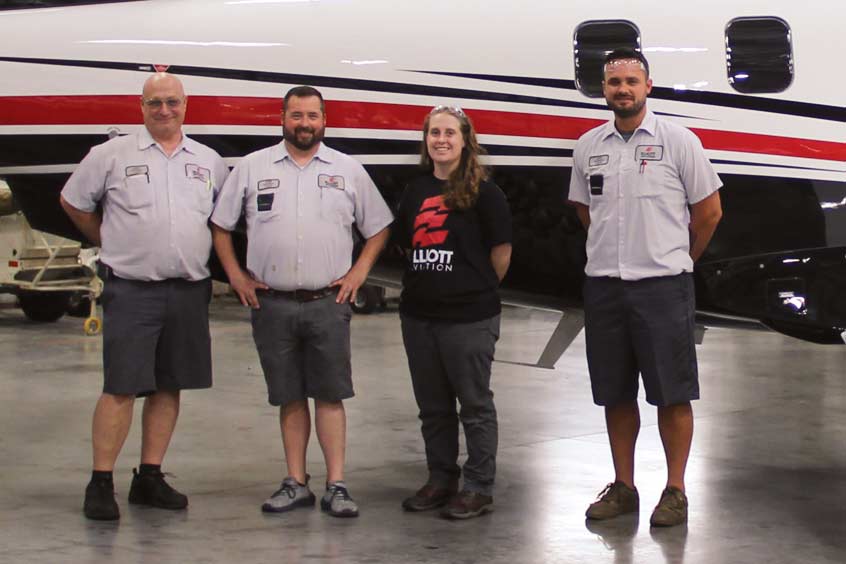 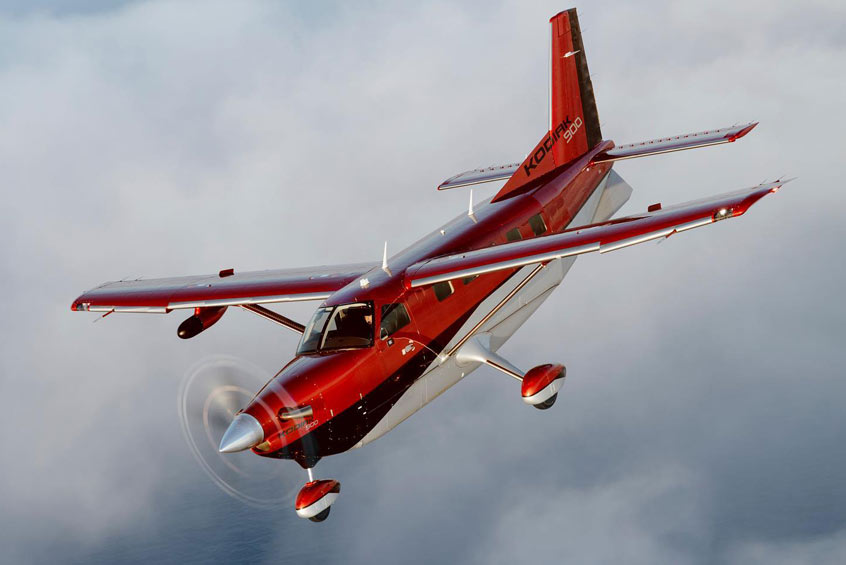 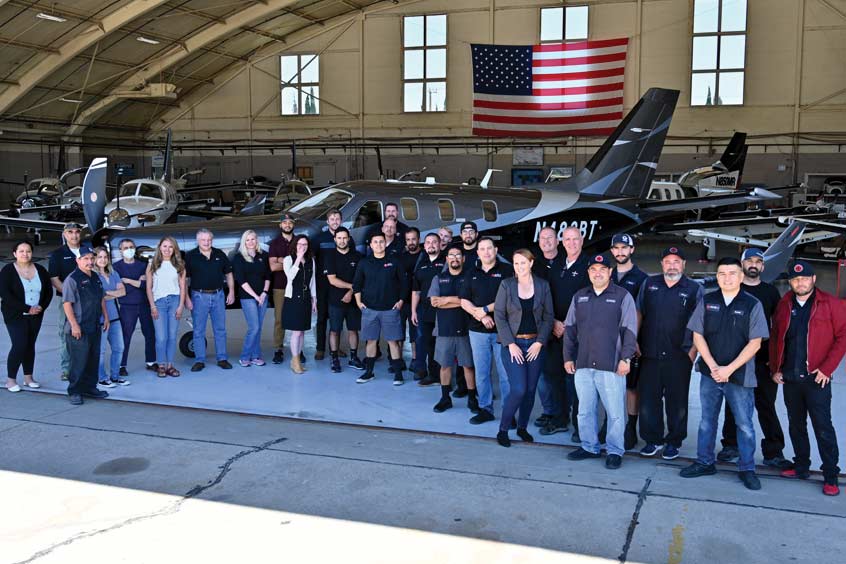