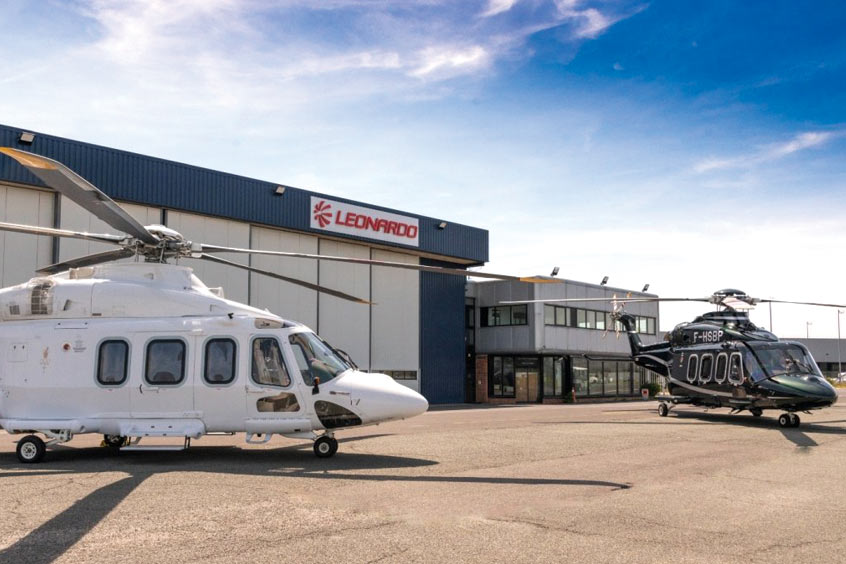 Leonardo's service centre is located at Paris Le Bourget airport and provides support for the AW109, AW169 and AW139. 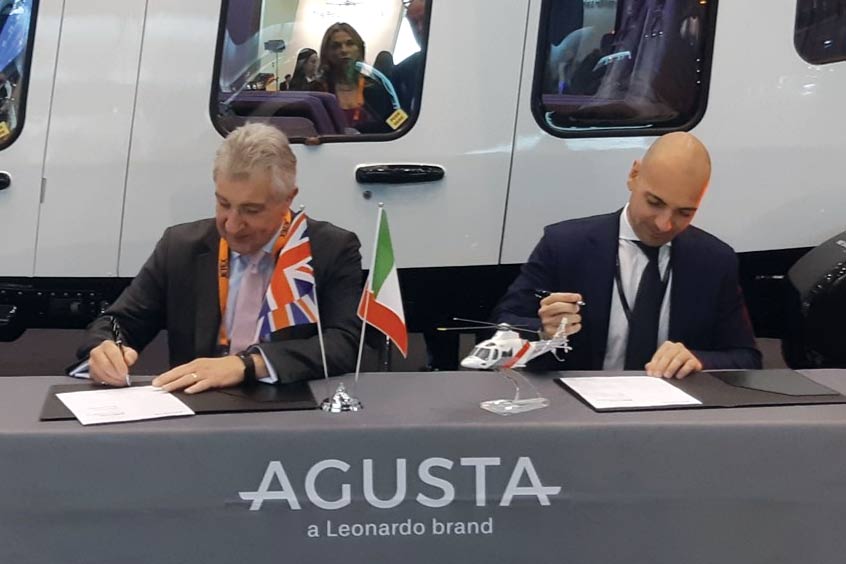 Official distributor for UK and Ireland Sloane Helicopters has ordered three AW109 GrandNew with deliveries expected in the second half of 2023, adding to the three aircraft of the same model purchased in early March. Leonardo has a long-established presence as the number one manufacturer of multi-engine VIP helicopters in UK and Ireland. This long-term success was evidenced through the launch of the partnership with local company Sloane Helicopters in 1995, which became the sole distributor of LeonardoVIP/corporate helicopter in the UK and Ireland. Under this collaboration, more than 90 Leonardo commercial helicopters have been delivered to operators and private users in the UK and Ireland.

Sloane managing director Jeremy Awenat says: “We are very proud to have been Leonardo’s UK and Ireland distributor and service centre for the past 27 years, with a close partnership that is further strengthening. Sloane is focussed on delivering 12 new aircraft to our customers in the next 18 month period, consolidating Leonardo’s position as the leading helicopter manufacturer in the VIP/corporate market.”

Nearly 260 AW109 GrandNew light twins have been ordered in the global market out of a total of over 1,700 AW109 series units sold in years for all missions, confirming the AW109 as the most popular aircraft in its class thanks to unmatched performance, cabin space and technology. One GrandNew recently went to Norwich-based operator SaxonAir, and one AW109 Trekker in VIP configuration has recently been sold to a private operator in Germany marking the introduction of this model in this country, with delivery planned at the end of this year.

The bestselling AW139 continues to expand its presence in the European VIP/corporate market. Two private operators, one in Germany and one in Italy, have placed orders for one AW139 each with deliveries expected by early 2023. The German order marks the entrance of the type in the national VIP/corporate market, following the success of this model for other applications in Germany. The order in Italy grows the presence of the AW139 in the country also for this application, adding to a fleet of more than 40 VIP twin engine helicopters of various models also including the AW109 series and the AW169. Moreover, an AW139 has recently been delivered to digital transformation consulting group Alan Allmann Associates in France, based at Issy les Moulineaux Heliport.

There are approximately 150 AW139s performing private transport, charter and scheduled services, and VVIP/government transport globally today. Operators leverage outstanding performance in all environments with long range/higher payload, the most spacious, unobstructed cabin in the intermediate category allowing modularity and a number of tailored layout solutions for seating and equipment, latest certification and safety standards and advanced navigation technology.

With a 45 per cent share over the last 10 years, Leonardo is the world leader in the twin-engine VIP/corporate helicopter market including private, charter and VVIP/Government transport services. More than 900 Leonardo VIP/corporate helicopters are flying today globally, over 35 per cent of which are based in Europe, the world’s largest commercial helicopter market. Based on the company’s long-established and distinctive design, technology and service philosophy and values in the executive transport sphere, Leonardo recently launched the Agusta brand to embody its unique experience and excellence for future VIP market initiatives.

The company has further expanded its helicopter customer support and training services in Europe with the establishment of a service centre, headquartered at Paris-Le Bourget airport in France. The new service centre began operations in mid-April and will act in strict coordination with Leonardo's Belgium logistics hub, supporting the growing fleet of Leonardo commercial and public service helicopters in France and Central Europe.

The new service centre covers a more than 2,000 sqm indoor area, including maintenance and repair hangar and offices with the capability to serve the AW109 series, AW169 and AW139 types, and will add the AW189 in the future. The service centre will provide support for the VIP/corporate helicopter fleet, which has proven increasingly successful in this part of Europe in recent years and keeps growing, adding more customer services under the new Agusta VIP brand with a dedicated area.

The opening of the new service centre in Paris, a crucial area for civil and VIP helicopter operations, demonstrates Leonardo's long-term commitment in the region and aligns with Leonardo's focus on stronger support services and proximity. Enhanced services will help maximise the helicopter fleet's mission effectiveness and safety for the benefit of operators, crews and the served communities. 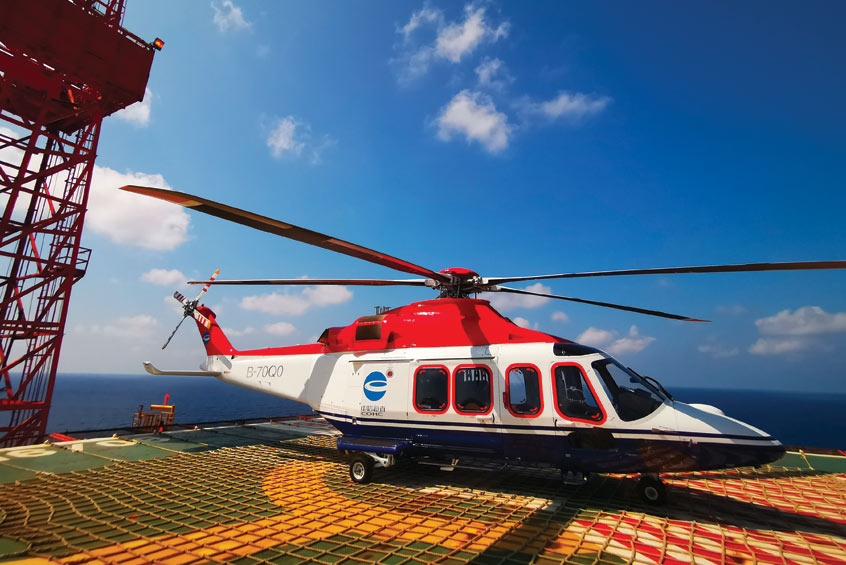 A six heli order adds to China capacity
Six Leonardo helicopters have been ordered for operations in China. CITIC will take four AW139s for O&G ops while Xiangjiang GA is targeting public service duties with an AW139 and an AW109 Trekker.
Read the full report 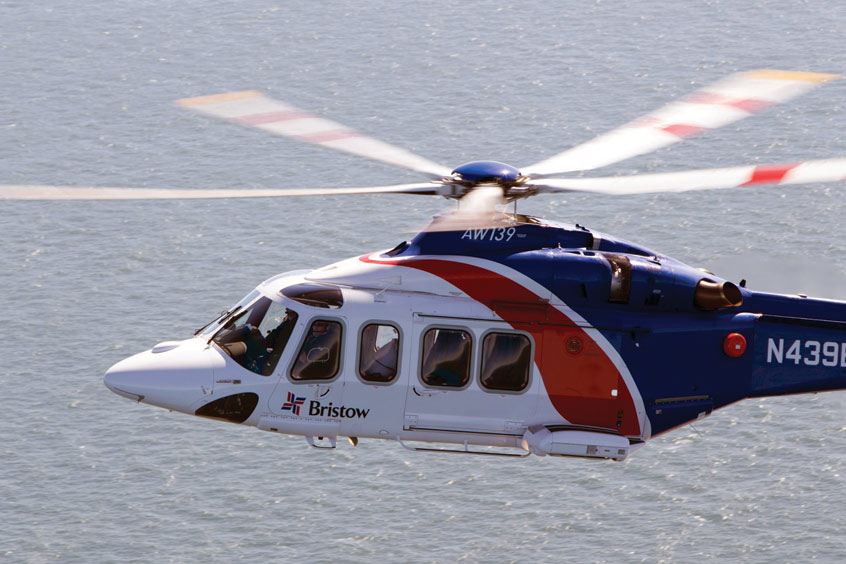 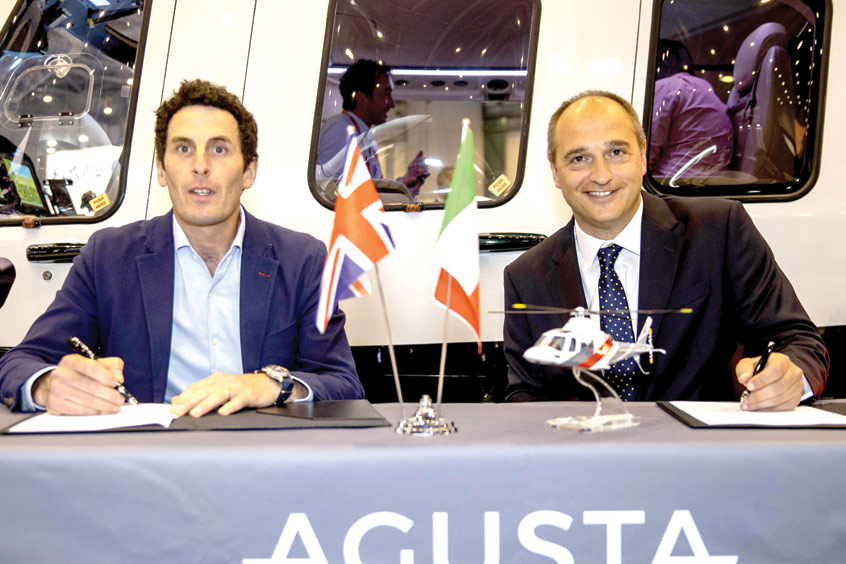 SaxonAir signs up for GrandNew replacement
UK operator SaxonAir is to take delivery of an Agusta AW109SP GrandNew helicopter in the first quarter of 2023. It will replace its AW109SP which was delivered new in 2016.
Read the full report