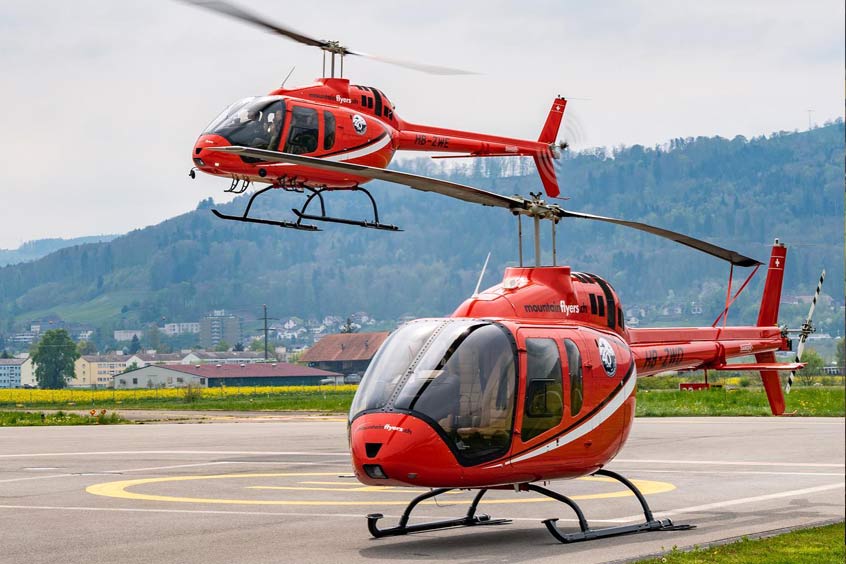 The Bell 505s are often to be seen buzzing the Alps.

Swiss operator Mountainflyers started its operations with the Bell 505 over two years ago, having taken delivery of its first 505 in March 2020. It now operates a fleet of three Bell 505s at three different locations, which between them have already accumulated a milestone 2,000 flight hours.

Thanks to the aircraft's versatility, Mountainflyers' utilisation of the 505 is diverse; it includes training, passenger transport, aerial photography and utility work. A total of 15 pilots and instructors regularly fly the aircraft, and a further 45 private pilots trained by Mountainflyers often charter the aircraft too.

Despite the beginning of Mountainflyers' journey with the Bell 505 coinciding with the start of the global pandemic, its fleet quickly grew, and the remaining aircraft arrived later in 2020.

Throughout 2021, Mountainflyers' use of the 505 gained real momentum, and by June the fleet had already surpassed 1,000 flight hours. For pilots and passengers, the aircraft have created countless memorable experiences, many involving breathtaking views of the Swiss Alps. In November, one of Mountainflyers' 505s became the centrepiece of the Bell stand at the inaugural European Rotors show in Cologne, Germany.

“Mountainflyers concluded after extensive testing of the Bell 505 that this helicopter meets all the requirements of the company. Because of its adaptability to many flying environments, the 505 can be used in a wide variety of missions,” says CEO Christoph Graf. “It clearly stood out from the competition due to its strong price and performance ratio and the outstanding service provided by the Bell independent representative in Switzerland. The modern avionics and spacious cabin with generous all-round visibility convinced us that this was the best aircraft for our requirements.”

For Mountainflyers, the full authority digital engine control (FADEC) comes into its own. By significantly reducing the pilot's workload during start-up, it means the 505 is as suitable for its experienced pilots as it is for Mountainflyers' beginner students.

“The pilots appreciate the stable flight characteristics as well as the modern avionics with the Garmin G1000H glass cockpit. As we do lots of mountain flying with high altitude landings, the 505's impressive performance is a crucial factor. Customers enjoy the spacious cabin too and, above all, the impressive panoramic view,” adds Graf.

Mountainflyers regularly uses the Bell 505 for basic and advanced pilot training. That includes MOU mountain training, requiring landings at altitudes of up to 13,500 ft.

Last year, Mountainflyers continued the expansion of its Bell fleet with the addition of two 407GXis, which it mostly uses for sightseeing, passenger transport and pilot training.

“The way Mountainflyers uses its 505s showcases what an incredibly versatile platform it is. Not just in terms of the wide scope of missions it can be used for, but also because of its exceptional performance characteristics, which make it well-suited to the high-altitude environments that Mountainflyers regularly operates in,” says Bell managing director, Europe Duncan Van De Velde. “We look forward to continuing our close relationship with Mountainflyers, and we're confident its 505s will continue to create unforgettable experiences for its customers and even inspire a new generation of pilots in Switzerland.” 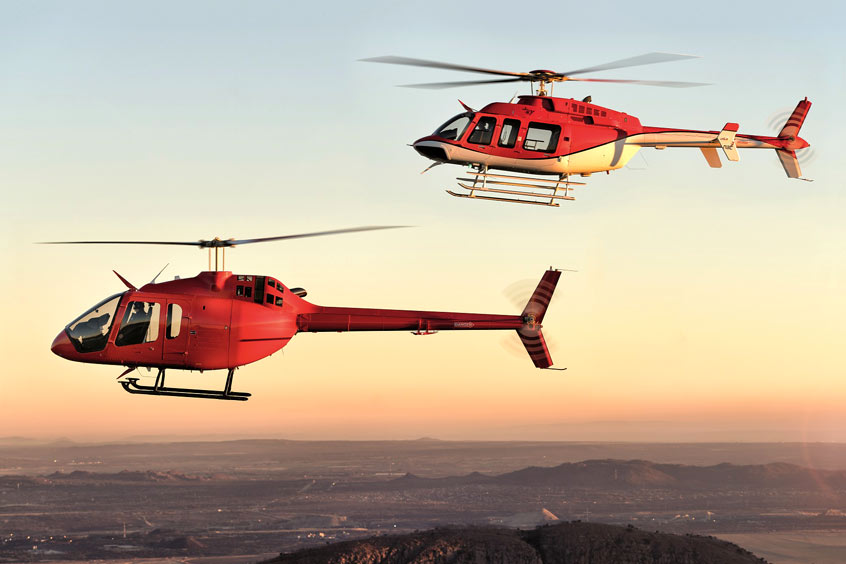 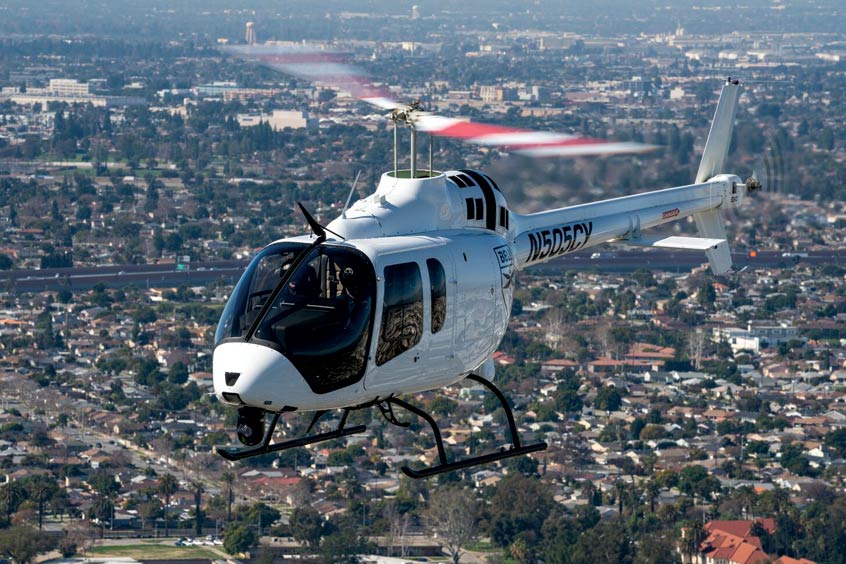 Florida conservationists add two Bell 505s to aviation unit
The two Bell 505 will aid in multi-mission law enforcement operations for FWC’s Division of Law Enforcement, which needs to cover quite a large area of coastline, sea and land.
Read the full report 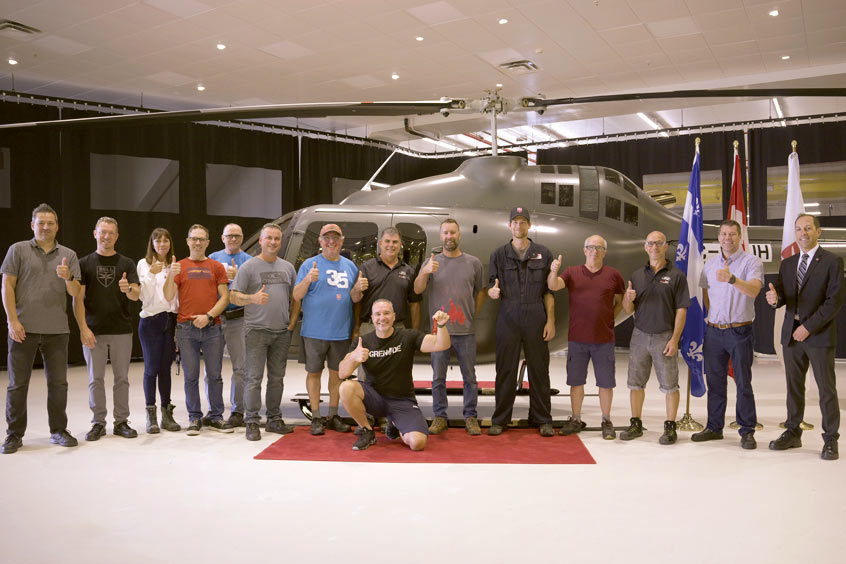 400th Bell 505 goes to UK businessman
The first Bell 505 was delivered in 2017, and today there are 400 aircraft operating around the world. Al Barratt will use the latest of these to avoid traffic on business trips around the UK and Europe.
Read the full report