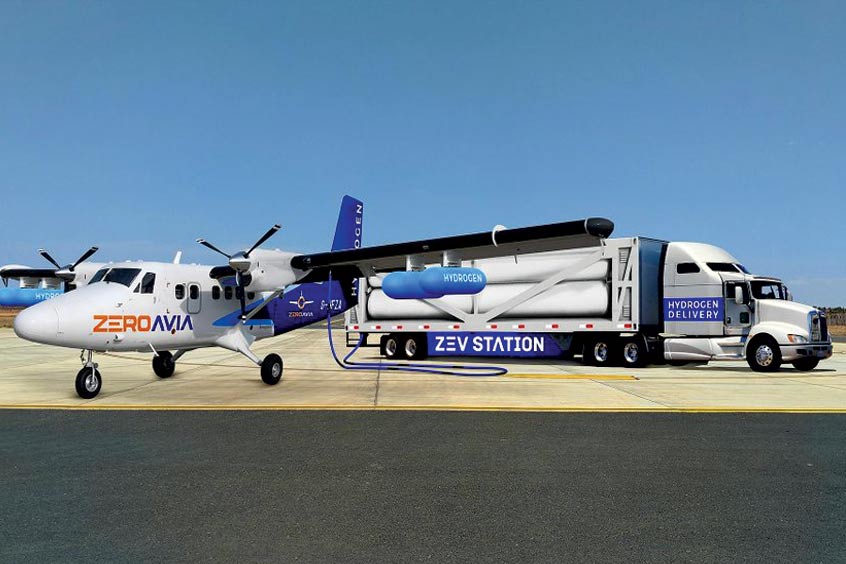 ZEN and ZeroAvia are planning an aircraft fuelling demonstration project in the hope of increasing utilisation of a hydrogen delivery trailer.

Hydrogen-electric, zero-emission aviation developer ZeroAvia has signed an MoU and initiated a partnership with the US hydrogen fuelling firm ZEV Station to develop green hydrogen refuelling infrastructure for airports in California.

The companies will work together on developing an initial regional airport project that represents sufficient scale to showcase how hydrogen-electric propulsion systems can deliver zero-emission commercial flights. ZeroAvia will leverage its significant research and development in hydrogen production and refuelling for aviation alongside ZEV Station's extensive team experience in the provision of gaseous hydrogen for road vehicles, in order to develop an innovative hydrogen airport refuelling system.

As part of the partnership, ZeroAvia plans flight demonstrations of hydrogen-electric aircraft from pilot airports, supported by the co-developed refuelling ecosystem and dedicated support from ZEV Station.

ZeroAvia has already developed a fully functioning microcosm of potential refuelling operations. The Hydrogen Airport Refuelling Infrastructure (HARE), developed as part of the HyFlyer projects in conjunction with the European Marine Energy Center (EMEC), has demonstrated green hydrogen production through to airside fuelling. Airports are central points of significant demand, thanks to the high volumes of hydrogen required to power aircraft. Busy hubs can produce economies of scale for hydrogen production and thus make it more economical to remove greenhouse gas emissions in other areas such as ground operations, onward transportation links and proximate industry.

ZeroAvia VP, infrastructure Arnab Chatterjee says: “There is enormous potential for airports to act as hydrogen hubs precisely because there will be significant demand; hydrogen-electric propulsion is the only practical, holistic and economically viable solution to the industry's full climate impacts. California leads the world in the adoption of zero-emission vehicles thanks to forward-thinking policies and deployment of infrastructure, and zero-emission flight infrastructure at airports is the next natural frontier. ZeroAvia's partnership with ZEV Station is going to be a significant part of that journey.”

ZEV Station has a main office in Palm Springs, California and is engineering a groundbreaking highway zero-carbon fuelling station for both fuel cell and electric vehicles at the same forecourt. Its charging-only test site is slated to open at the end of next month. The first 'Premier' ZEV Station with both charging and hydrogen is targetted for operation in early 2023. ZEV Station is in the planning for a network of stations with production of their own hydrogen, delivering to satellite stations.

ZEV Station CEO and CTO Jesse Schneider adds: “The time to develop the path towards replacing fossil fuels is now. We see a unique synergy in our ground vehicle 'hub & spoke' hydrogen distribution model and aviation. For this, we are planning an aircraft fuelling demonstration project together with ZeroAvia, also to increase utilisation of a hydrogen delivery trailer. We jointly plan to collaborate to help accelerate fuelling methodologies with public-private partnerships such as the newly formed H2-Aero Team at the Vertical Flight Society. As a future step, there is great potential to take these learnings towards the creation of zero-emission airports with a large central hydrogen production at scale, an H2 hub. This H2 hub, with zero carbon energy, would generate a significant amount of green hydrogen on-site for both aircraft and vehicles. This could offset the need for carbon-based fuel at airports entirely, but there is a lot to be done to make this a common reality. ZEV Station sees the partnership with ZeroAvia as a key catalyst to help kickstart hydrogen fuelling for aviation in California and beyond.”

ZeroAvia plans to work with industry partners to build out the refuelling ecosystems for hydrogen at airports globally. Shell is both an investor in the business and fuelling partner, and ZeroAvia has also partnered with Octopus Hydrogen to help power its current flight testing programme in the UK. ZeroAvia is also working in partnership on an intention to develop one of the world's first commercial zero-emission routes from London to Rotterdam The Hague airport in the Netherlands, in conjunction with Royal Schiphol Group, Rotterdam The Hague Innovation Airport Foundation and the airport itself.

The company's zero-emission powertrains use hydrogen fuel in an electrochemical reaction within a fuel cell system to produce electricity, which then powers electric motors that spin the propellers. The system produces no emissions other than water.

In the coming weeks, ZeroAvia will begin flight testing its hydrogen-electric powertrain using its Dornier 228 testbed aircraft. This work, part of the HyFlyer II project, will deliver a fully certified 600kW model for aircraft of up to 19 seats for 2024 and is supported by the UK Government's Department for Business, Energy and Industry Strategy (BEIS), the Aerospace Technology Institute (ATI) and Innovate UK through the ATI Programme. The company plans to scale up its technology to 40-80 seat aircraft by 2026, with ground tests of the 1.8 megawatt power plant prototypes starting this year. 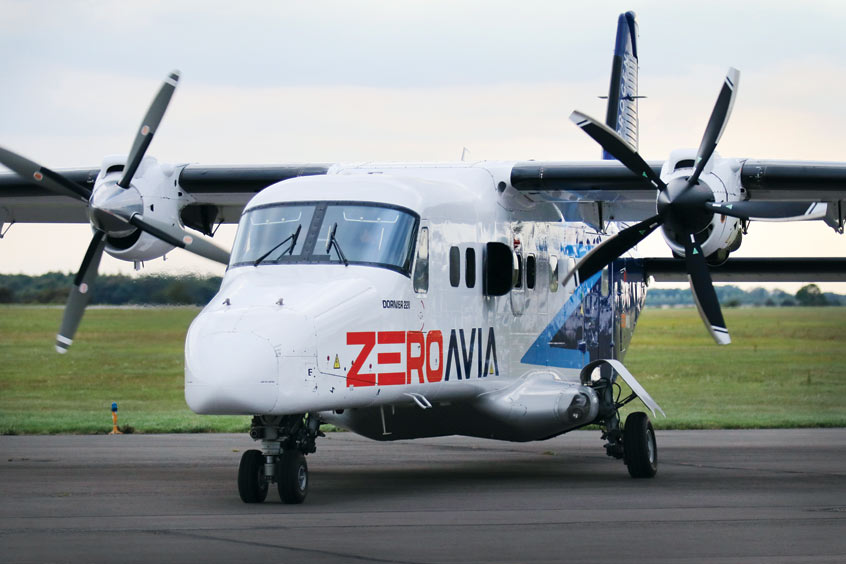