After 58 years Bombardier delivers the final Learjet
Bombardier has ended production of its Learjet series. The Canadian company will refocus its facilities in Wichita towards flight test and special-missions aircraft. 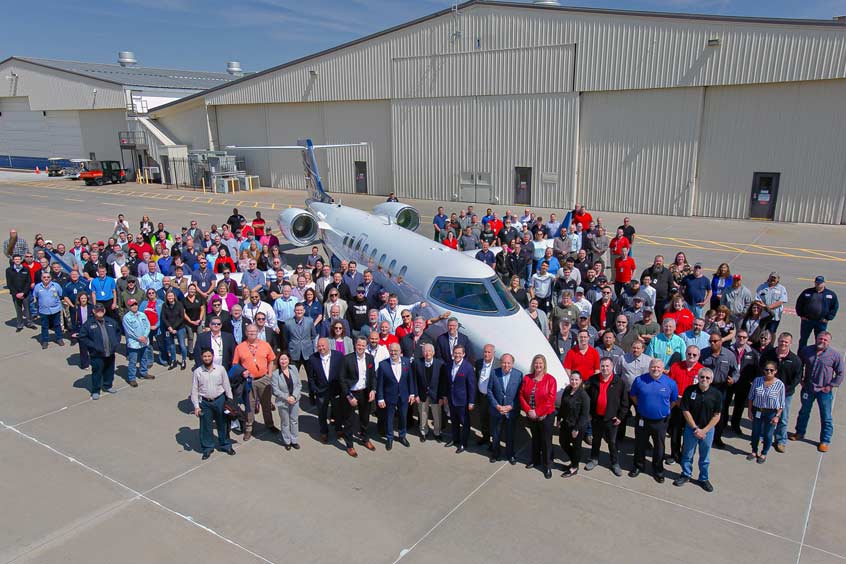 Learjet employees and Bombardier senior executives pose outside the Wichita hangar with the final production Learjet. 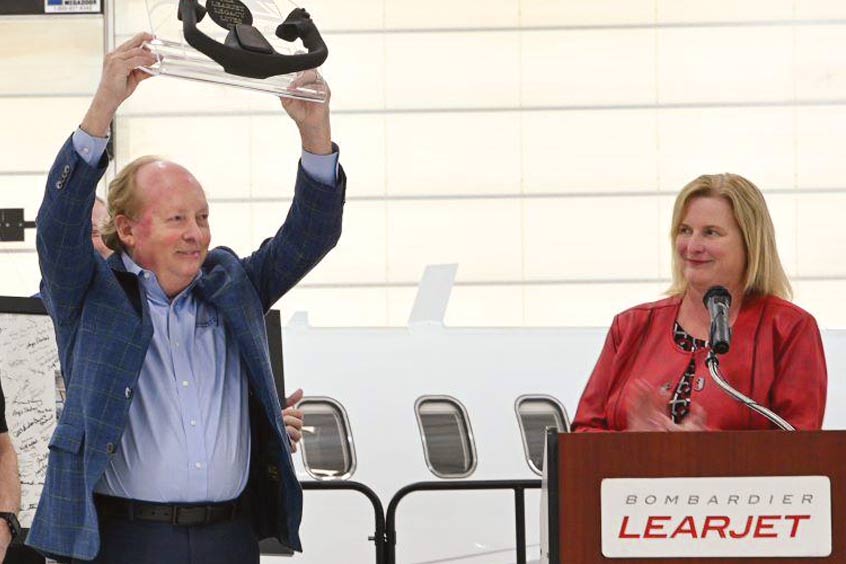 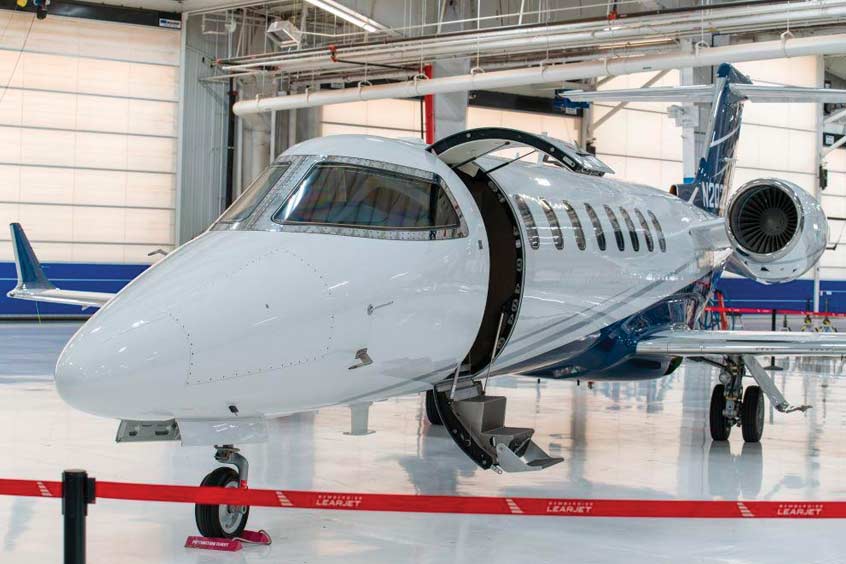 It’s over for Learjets; Bombardier has delivered its final production model after a nearly sixty year production run in Wichita and around 22 years since the OEM acquired the brand itself. After a short ceremony, the last new Learjet 75 rolled out of the hangar headed to Grand Rapids, Michigan for delivery to a customer of Michigan-based shared ownership and aircraft management company Northern Jet Management.

“There’s no doubt that today is an emotional day for many of us as it marks the end of the production era of Learjet,” said vice president of Learjet operations and head of the Wichita Learjet site Tonya Sudduth. “However, the emotion that is most prominent that I’ve seen in all my conversations with employees over the past several days and months is pride. Pride at being part of this amazing legacy. And pride in making a lasting mark on aviation history.”

Following what Bombardier described as a difficult year, in February 2021 it said it would target a much larger portion of its future business from services, and would refocus the Wichita facilities towards flight test and special missions aircraft. Service and refurbishment programmes will particularly address the RACER remanufacturing programme for the Learjet 40/45 series that covers all parts of the aircraft, including revamped interior and exterior features, upgraded avionics, and engine and maintenance programmes aimed at reducing operational costs.

So no more Learjet 75s, and the Learjet 85 programme would be discontinued. It was a tough measure, made necessary by losses incurred from, inter alia, the sale of the DHC, CRJ aircraft lines. The OEM had been up against a lot of competition in the light jet market and so opted to focus on the larger aircraft segments where it has better margins, such as the Global and Challenger lines.

More than 3,000 Learjet aircraft have been delivered since the first Learjet 23 was manufactured in 1964 and some 2,000 are still flying. Bombardier executive vice president operations Paul Sislian assured that service and parts support for the Learjet line would continue. “Bombardier is committed to making sure that these 2,000 aircraft presently in service will keep flying well into the future,” he said.

The final production Learjet 75 will join Northern Jet’s owned and managed fleet of 23 light, super-midsize, and large cabin jets, a good number of which are Learjets. The aircraft will be managed for an undisclosed customer. NJM CEO Charles Cox saw the Learjet 75 for the first time when he entered the hangar for the ceremony. “It’s beautiful, isn’t it?” he said. “It’s the absolute most beautiful one we’ve ever purchased.”

NJM is a long term Learjet customer, having taken delivery of 24 Learjets, starting with a 40XR. When Cox learned Bombardier planned to cease production, he signed up to purchase the final one. Indeed, the company has purchased three of the last 10 Learjets. Acceptance of the aircraft was a little bittersweet. Cox added: “We really like the airplane. They’ve been great. Customers love them.” The company will be in the market for low-time, pre-owned models in the future.