Chartright to debut ‘spectacular’ Global 7500 in Canada
As the Global 7500 business jet is assembled in Toronto and completed and delivered from Montreal, Bombardier was only too pleased to handover two units to Toronto-based operator Chartright Air Group. 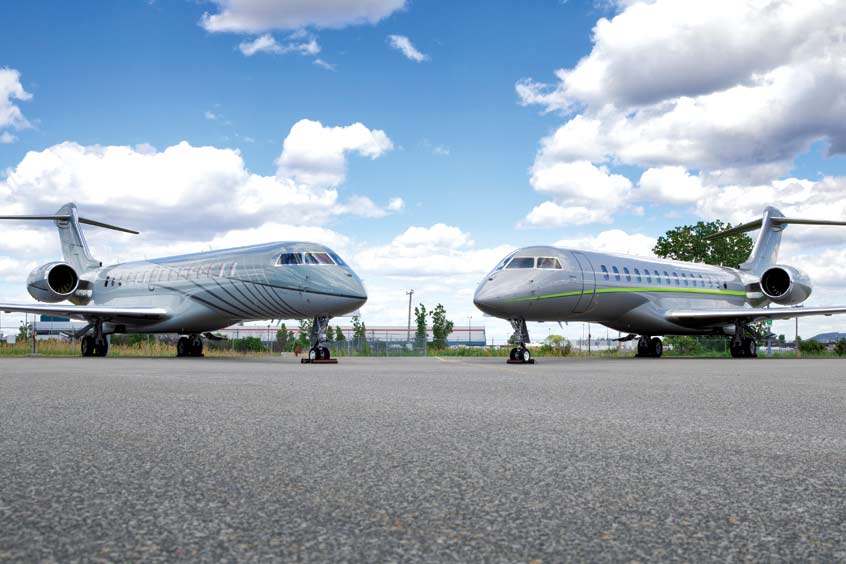 Toronto to Johannesburg is no problem for the Global 7500. 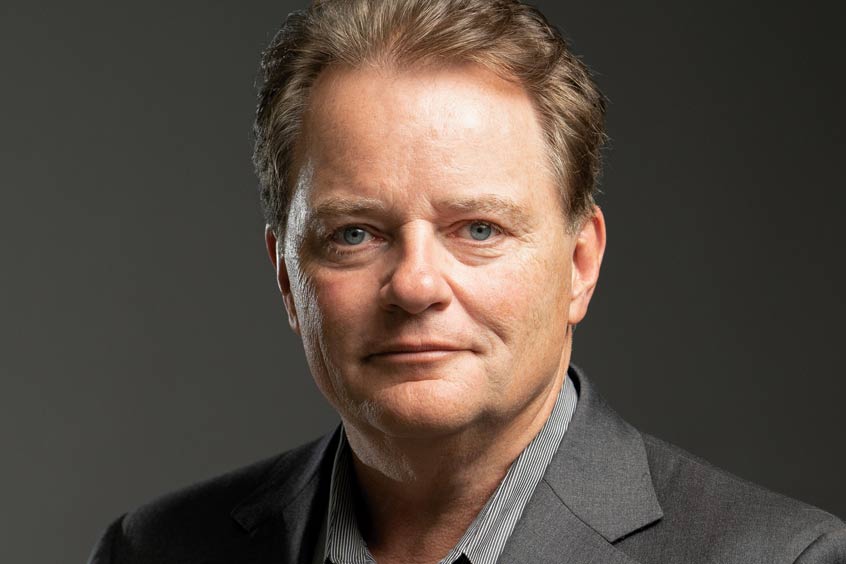 Two Canadian customers have taken delivery of a pair of Global 7500s from Bombardier. Both jets will be managed and offered for charter by Chartright Air Group, based at Toronto's Pearson International airport. This handover is the first of its kind in Canada.

With production ramped up and a growing worldwide fleet numbering more than 50 aircraft, the Global 7500 aircraft is carving out a solid reputation.

“There is a tremendous buzz around the Global 7500 business jet and for very good reason,” states Chartright president Adam Keller. “This aircraft sets a new industry standard on virtually every level, and the team at Chartright is thrilled to be the first operator in Canada to welcome these prestigious aircraft as part of its managed fleet. With more customers turning to charter for convenience and peace of mind, we see nothing but a bright future ahead.”

“As the Global 7500 business jet is assembled in Toronto and completed and delivered from Montreal, we are delighted that more Canadians will have the opportunity to share the enormous pride we feel at Bombardier when we witness this spectacular aircraft take to the skies,” says Éric Martel, president and CEO of Bombardier.

“Our Global 7500 aircraft continues to redefine long-distance business travel,” adds Peter Likoray, senior VP of sales. “The superior performance, luxurious in-flight experience and signature smooth ride of this aircraft will open a new world of long-range travel possibilities for Canadian customers, as it has done elsewhere in the world.”

The Global 7500 has a maximum range of 7,700 nm, a top speed of Mach 0.925 and favourable short field performance. It is able to fly passengers from Toronto to Johannesburg and Montréal to Bangkok non-stop.

Chartright president Adam Keller comments: “We have got a groundswell of new clients coming in to business aviation, people that have never before tried a private jet, who have now become a little bit insecure about flying on the airlines, and they come into what we refer to as our ‘gateway’ aircraft, that is to say, lighter aircraft, also the least expensive. Once you experience flying private, it becomes very difficult to go back and stand in line at your major airlines. We have an opportunity now to expose people while there is some travel insecurity, once that travel insecurity disappears, we think we will retain a significant number of customers. It’s our experience that individuals who get on our six-seat jets for a trip from Toronto to Montreal or Toronto to Florida, pretty quickly find that they want to take eight people to Los Angeles, or perhaps six people to London, so they start to push out of our gateway aircraft up into the main fleet, where we’re running the Challengers and the Globals. Overall, we are seeing the greatest growth at the lower end, and that is flowing upwards into the larger aircraft, and we have seen a surprising spurt of activity for transatlantic, which of course involves the bigger aircraft.

“The Globals are very active for transatlantic. Less so the Challenger 600s, because they need to stop en route in Keflavik or Reykjavik. The level of activity, largely out of New York, has been increased. We have only had the Global 7500s online for three or four weeks, so at the moment the novelty factor is the bigger seller. It has a great big cabin, it’s got a bedroom, it’s got showers, so we haven’t yet determined quite what it is that people are finding most appealing, but it’s certainly a uniqueness of the aircraft right now.”

The company recently picked up another Citation Ultra. Demand for this type of aircraft slopes upward, and this is a good reason for Chartright to acquire a new Ultra soon to satisfy the growing interest to this jet. It are focusing on that type, and then we look to sell on to longer range experiences.

“Very early on in the pandemic, we did lose some staff,” Keller admits. “We have brought them all back and we are now hiring at a fairly brisk pace, so staff levels now are greater than they were when we went into the COVID-19 epidemic.

We don’t have a specific focus at the moment – aircraft are joining us at all ends. We took delivery of the two Global 7500s six weeks ago. Additionally, we welcomed three or four mid-cabin CL300s and CL600s, and a G200 in the last five or six months. Moreover, we will soon actively be seeking some smaller lift models however, such aircraft have become quite hard to find, they are very popular right now.

“If we look at our neighbours, Americans are more accustomed to private flying than Canadians. Nevertheless, the Canadian private jet market has shown more activity in a sector of business aviation and we expect this trend to continue.” 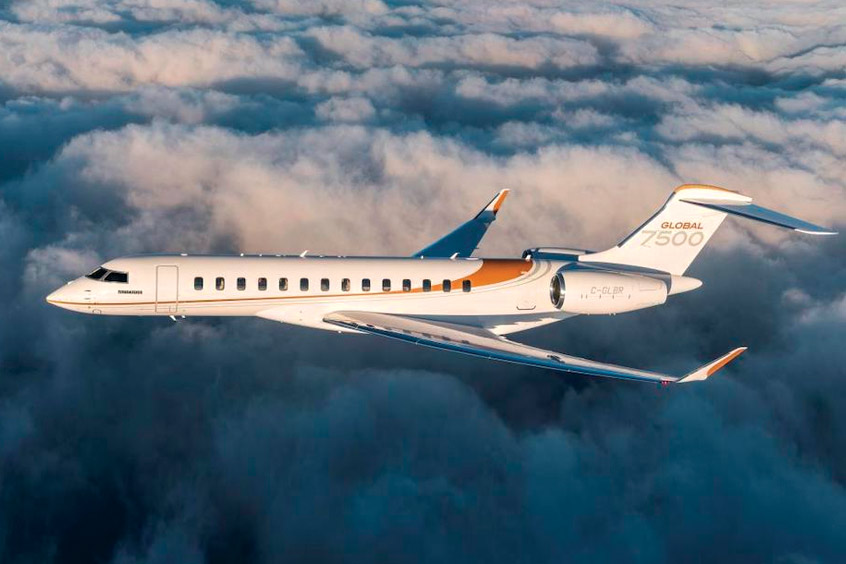 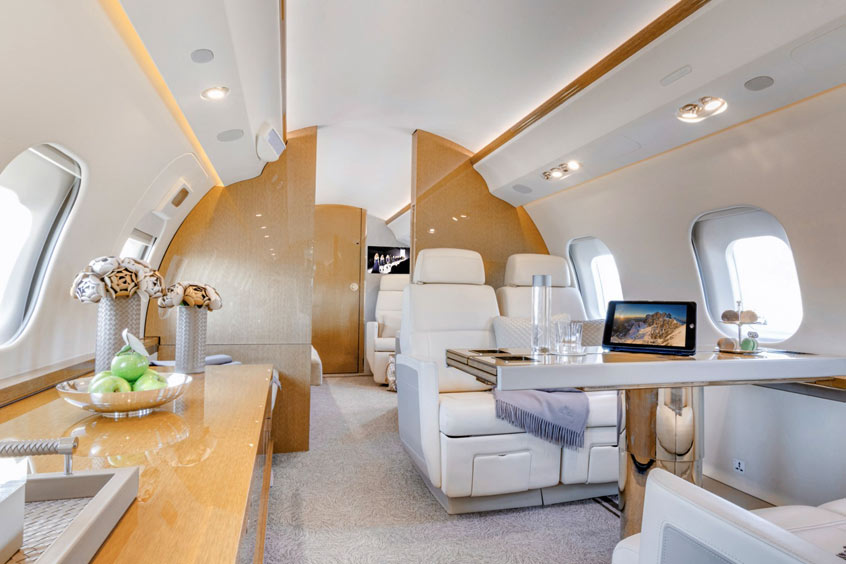 2023 forecast remains positive for Global Jet
On reflection, 2022 has been a challenging year, however charter demand is up and Global Jet expects steady growth in the management segment as new buyers enter the market in search of transparency and service.
Read the full report 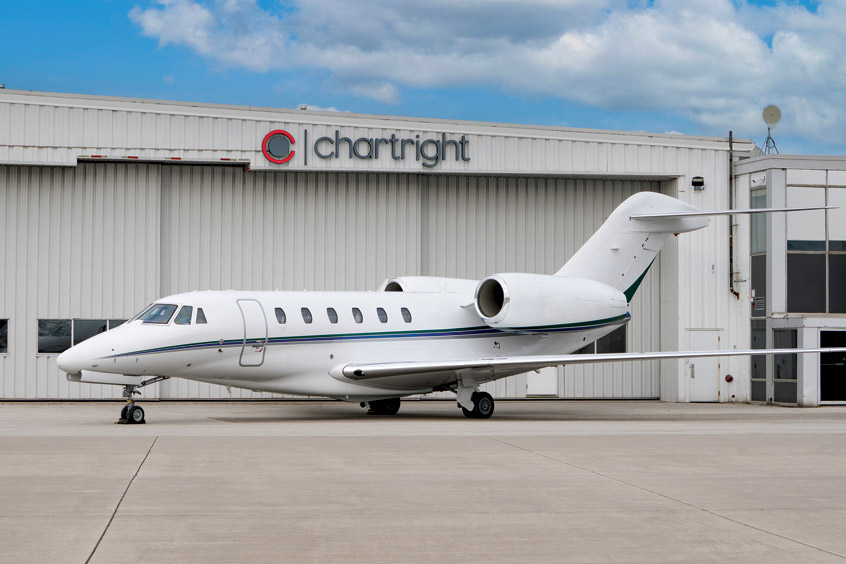 Chartright adds mid-size to charter fleet
Chartright Air Group continues to add flexible aircraft charter options to its fleet with the addition of a Citation X and Citation Excel.
Read the full report