Read our latest feature:   Show issue: MEBAA
GeoFly's DA62 SurveyStar is raring to go
The official handover of a new DA62 SurveyStar survey aircraft to GeoFly took place on 15 February in Wiener Neustadt at Diamond Aircraft's corporate headquarters. The aircraft will be used for 3D analysis and mapping. 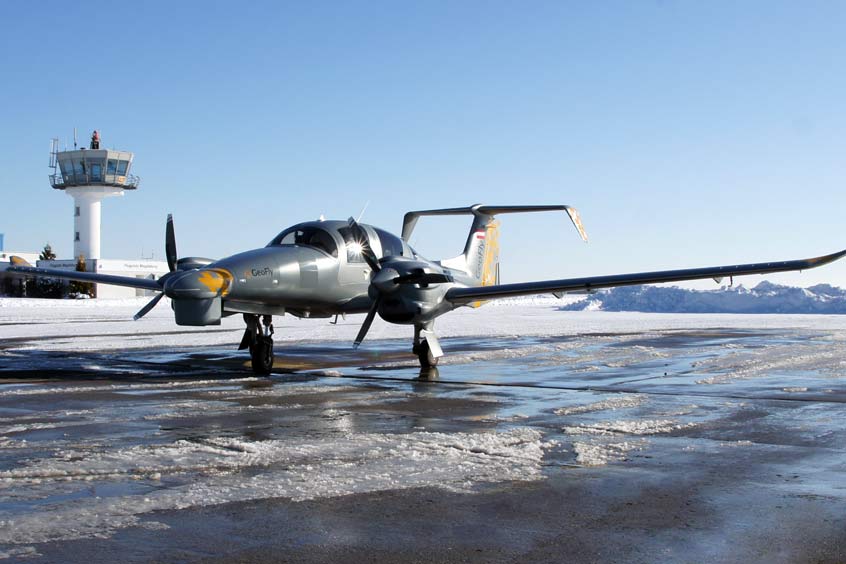 The DA62 copes with icy conditions.

Read this story in our March 2021 printed issue.

German aerial survey company GeoFly signed a contract for a new DA62 SurveyStar survey aircraft from the Austrian manufacturer Diamond Aircraft in June 2020. It is the first aircraft of this type that has been adapted for the special requirements of aerial surveys. Now, in February 2021, the aircraft is ready for its deployment at Magdeburg Business airport.

The adaptations of the aircraft, which is intended for use at low and medium altitudes, were developed and implemented with close cooperation between GeoFly and Diamond. The necessary modifications were carried out specifically for the use of high-performance cameras and laser scanning systems. Sensor systems from the Austrian companies Vexcel-Imaging and Riegl were used. Stabilisation components from the Thuringian company SOMAG in Jena and navigation instruments from the company IGI mbH in Kreuztal in North Rhine-Westphalia were also integrated into the aircraft.

“We expect from this aircraft a much more efficient performance of our worldwide surveying projects,” explains Aicke Damrau, GeoFly MD. “The DA62 consumes just one-third of the fuel of conventional aircraft with a similar performance. In this respect, we can not only significantly reduce operating costs with this aircraft, but also make a small contribution to environmental protection and against climate change at the same time. We were already able to carry out the first test and calibration flights here in Magdeburg in December 2020. The pilots also received, through special training, the necessary licences to operate this type of aircraft.”

The official handover of the aircraft took place on 15 February in Wiener Neustadt at Diamond Aircraft's corporate headquarters. The first DA62 survey aircraft has now begun operations. The aircraft is already scheduled for various tasks in the field of 3D analysis of cities and the classic production of aerial maps.

GeoFly employs about 30 staff at its Magdeburg headquarters and is involved in many worldwide projects in the field of remote sensing. Among other things, the company was involved in the analysis of hurricane damage in the Bahamas in 2019. In addition to traditional land surveying, the company's responsibilities also include documentation flights on glacier movements and volcanic activity in Iceland and Greenland. 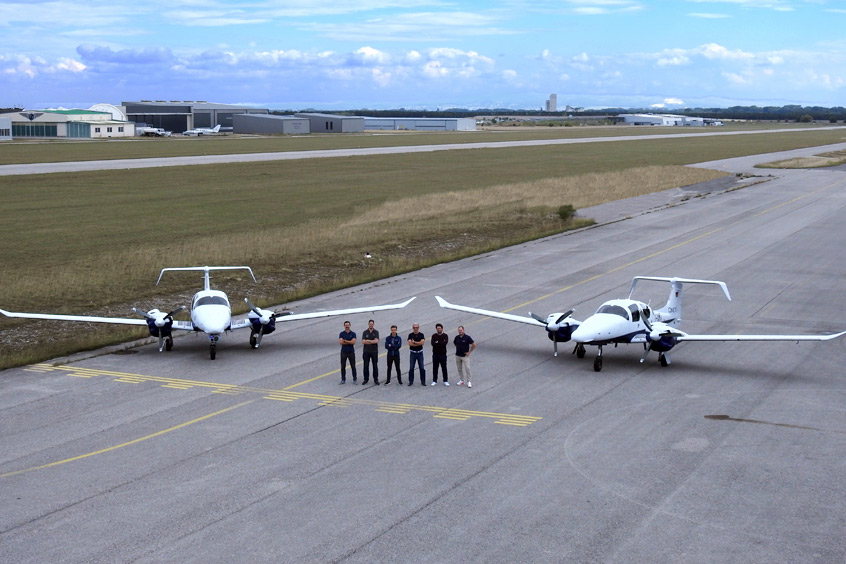