Bombardier takes delivery of Avfuel SAF in Montreal
In 2009, the business aviation industry developed an aggressive programme in support of ICAO targets. There's no time like the present to be flying cleaner, say Bombardier and Avfuel. 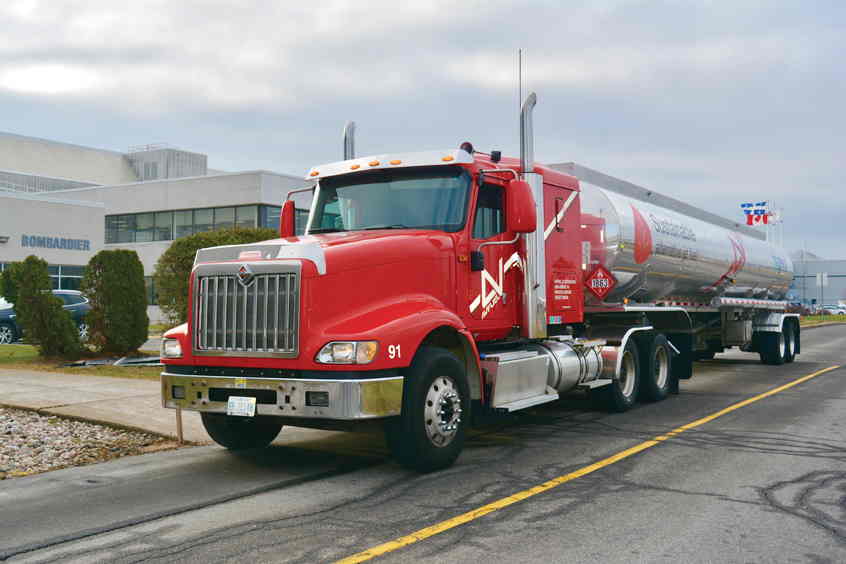 Avfuel delivered a 7,300 gallon shipment of SAF to Bombardier. 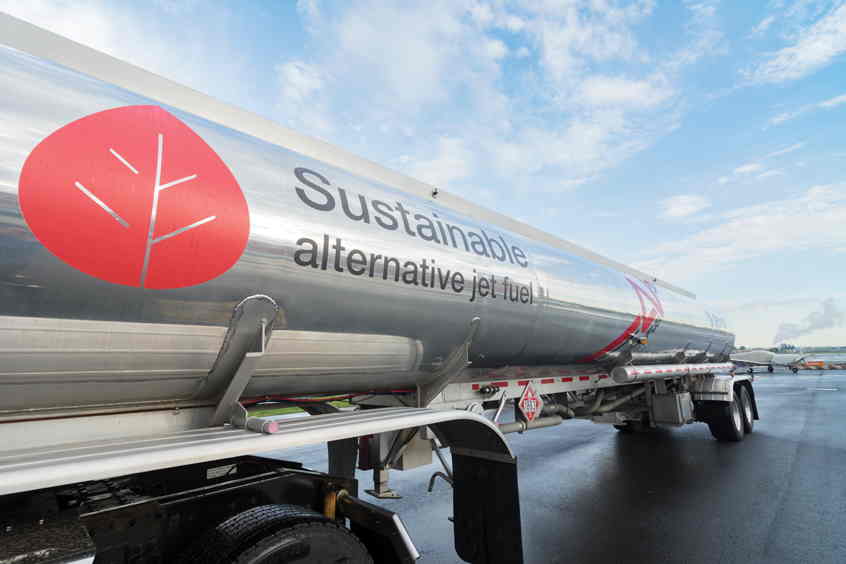 Bombardier has received an inaugural shipment of sustainable aviation fuel (SAF), courtesy of Avfuel, at its Montreal facilities. This step is the first in the company's plan to secure long-term partnerships with fuel suppliers to deploy SAF to all of its facilities as worldwide supply becomes more readily available.

“We stand behind our commitment to help promote the increased use of SAF throughout the industry,” says president David Coleal. “We are proud to offer it for the first time at one of our Canadian facilities and it's only the beginning. Bombardier is working toward ensuring that the use of these fuels becomes a standard in our day-to-day operations as we do our part to reduce CO2 emissions worldwide and meet the longstanding industry climate pledge.”

Since 2017, Bombardier has leveraged a supply of SAF for use during demonstration flights at its Hartford, Connecticut, facility, home to the company's customer demonstration operations. In addition, the OEM flies its entire fleet of demonstration aircraft into major airshows and events to raise industry awareness and to demonstrate that SAF can become a mainstream, drop-in alternative to traditional jet fuel for general aviation aircraft. The company has actively participated in industry events promoting the use of SAF as a regular part of flying business aircraft, notably in Van Nuys, California, and Farnborough, UK, and most recently at NBAA-BACE where SAF was available not just for flying in, but also on-site at the static display for aircraft to fly home.

In 2009, the business aviation community developed an aggressive programme in support of ICAO targets and committed to contributing to the overall aviation goals. To this end, it committed to specific targets which include carbon-neutral growth by 2020; an improvement in fuel efficiency by 2 per cent per year from 2010 until 2020; and a reduction in total CO2 emissions of 50 per cent by 2050 relative to 2005. Bombardier plays a leading role in the industry-wide commitment to tackling climate change, and in collaboration with organisations across the industry, such as the European Business Aviation Association (EBAA), the General Aviation Manufacturers Association (GAMA), the International Business Aviation Council (IBAC), the National Air Transportation Association (NATA) and the National Business Aviation Association (NBAA), has designed a path to achieve these goals across four pillars: technology, infrastructure and operational improvements, market-based measures, and alternative fuels.

“At Bombardier, we build our aircraft with the future in mind,” adds Coleal. “For example, the new Rolls-Royce Pearl 15 engine, purpose-built for the Global 5500 and Global 6500 business jets, makes the aircraft cleaner and more efficient, with an up to 13-per-cent fuel burn advantage, contributing to highly favourable operating costs. The GE Passport engine, designed specifically for the award-winning Global 7500 aircraft, powers it to speeds of up to Mach 0.925 with dependable reliability and greater fuel efficiency.”

“Working with leading OEMs, like Bombardier, is an opportunity for Avfuel and business aviation as a whole to meet its sustainability goals,” says Avfuel executive VP C.R. Sincock. “We are appreciative of the Bombardier team for its willingness to participate in this initiative, for its professionalism in working with Avfuel on the logistics and for the work it's doing on green initiatives.”

Avfuel sources its concentrated SAF from Gevo and blends it with petroleum-based jet fuel. This mixture is then tested for fuel quality and to ensure it meets ASTM D1655 standards. The product has a net benefit to the environment across its lifecycle. Created from cornstarch, for every one million gallons of the concentrated SAF that is produced, approximately 10 million pounds of animal feed and protein is sold into the food chain, and the final jet fuel product burns cleaner, reducing carbon emissions released into the atmosphere.