Advanced features earn Global 7500 the Ontario award
Another award has been added to the list of accolades presented to Bombardier for its Global 7500. This time it honours the OEM's engineering teams for their ground-breaking work on the design of the jet. 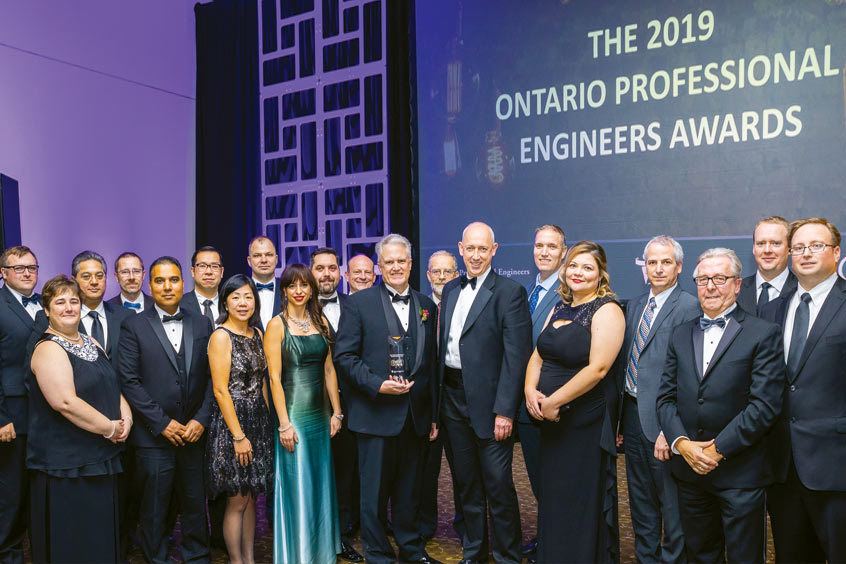 Members of the Bombardier engineering team accept the award with members of Canada's Downsview Aerospace Innovation and Research Consortium.

“Our Global 7500 has redefined the limits of business aviation, and we are very proud that it is built using state-of-the-art manufacturing tools and processes at our Toronto facility,” said senior vice president, programme management and engineering Michel Ouellette. “Of the string of awards this impressive aircraft has already received, this recognition from our home peers is particularly satisfying because it honours Bombardier's world-class engineering leadership and the ground-breaking engineering efforts that helped bring the design of this technologically advanced aircraft to the market.”

The clean-sheet aircraft design and development involved the collaboration of more than 2,000 Bombardier engineers and suppliers. The engineering effort entailed millions of person hours invested by dozens of teams and involved coordination and teamwork of numerous major structural and systems suppliers.

Among the many design innovations is its advanced wing design; a sophisticated slats and flap system that maximises aerodynamic efficiency and performance of the wing. The aircraft has a proven ability to fly farther, faster, and its steep-approach capability provides passengers access to challenging airports such as London City. In the cockpit, the next generation fly-by-wire technology blends advanced avionics with exceptional ergonomics and control to ensure the most complete flight envelope protection.

The design innovation extends to the manufacturing process as well. The aircraft is assembled at Bombardier's Toronto facility using innovative and highly repeatable processes. Cutting-edge technology, such as laser-guided positioning combined with sophisticated robotics, contribute to predictable outcomes and the highest quality standards on each aircraft.

The development of the Global 7500 aircraft has positively influenced the Ontario aerospace sector in the past decade, expanding the range of experience and capabilities of engineers, technicians and technologists in the province.

In addition to the 2019 OPEA Award, the Global 7500 has been recognized as Business Jet of the Year in Robb Report's Best of the Best 2019, was winner of the 2019 Aviation Week Grand Laureate Award in the Business Aviation category and has earned a 2018 Red Dot award for design.

Bombardier reports that the newest Global aircraft are receiving strong interest from the business aviation market. The company maintains a backlog of $15.3 billion, of which the Global 7500 forms a solid portion, that is well distributed over the next few years.