Degoumois takes on international Bombardier role
Having risen through the ranks at Bombardier Business Aircraft over the past 15 years, Christophe Degoumois now takes on a truly international sales responsibility for the company. 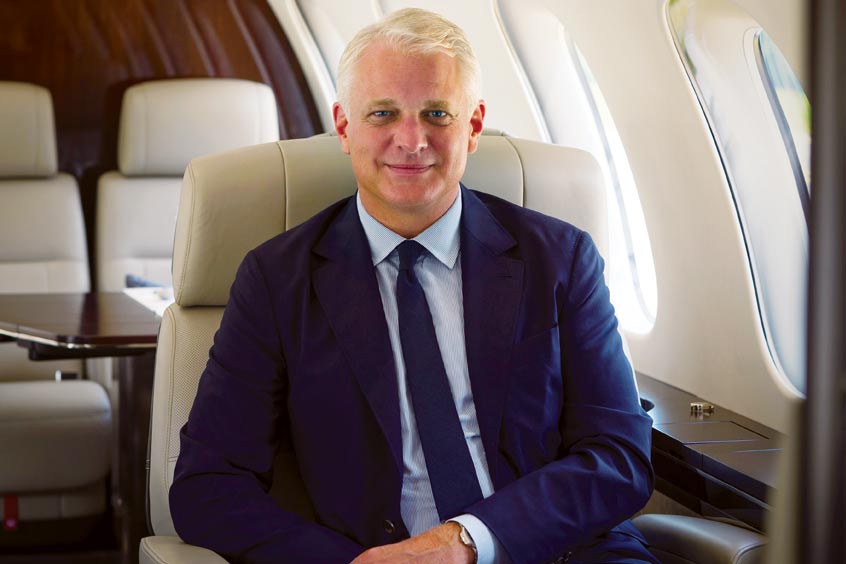 Bombardier has appointed Christophe Degoumois as vice president of sales, international for Bombardier Business Aircraft, overseeing business jet sales in all regions outside the Americas.

“I am thrilled to appoint Christophe to this role,” says BBA senior vice president, worldwide sales and marketing Peter Likoray. “He will drive business jet sales in key international regions as our portfolio of aircraft, featuring Bombardier's signature smooth ride technology, expands to meet the needs of operators around the world.”

Degoumois began his career in business jet sales in 1998, working in aircraft management and air charter sales in Zurich and Geneva. He joined Bombardier in 2004 as a sales director, and occupied roles of increasing responsibility over the next 15 years, including vice president of sales in China and Asia-Pacific. His most recent mandate was vice president of sales for Europe, Russia and the Commonwealth of Independent States (CIS), and his expanded role will include the above regions as well as China, Asia-Pacific, the Middle East and Africa.