Beechcraft's Baron 58 reaches 50 years aloft
Continued innovation drives Textron Aviation's iconic Beechcraft Baron 58 to its 50-year milestone. More than 3,000 units have been delivered across the world since its inaugural flight in 1970. 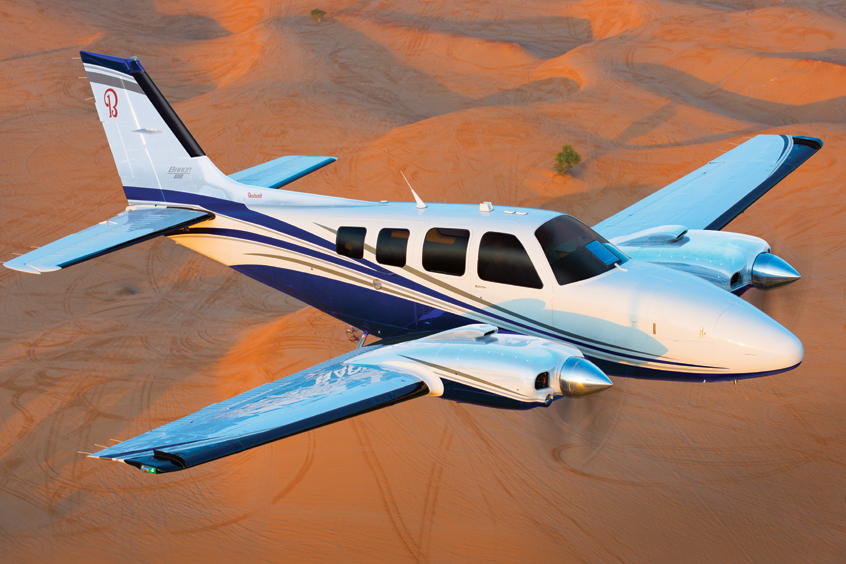 Textron is marking 50 years since the first flight of its Beechcraft Baron 58.

Textron Aviation is marking the 50th anniversary of the first flight of its Beechcraft Baron 58 high-performance piston twin, a model that has played a significant role in the company's place in the piston market. Pilots first flew the Baron 58 prototype on 23 June, 1969, paving the way for five decades of evolution. Since the first delivery of a Baron 58 in 1970, more than 3,100 aircraft have been delivered worldwide.

“Through constant innovation and technology upgrades since its introduction in 1969, the Baron 58 is the perfect combination of versatility, superb performance and handling, offering the latest in technology and cockpit/cabin comfort,” says vice president, piston sales Chris Crow. “As the industry's fastest light twin, the Baron 58 was a success as soon as it entered the market, and our commitment to investing in the piston product line and ensuring our customers have access to the latest technology is why this aircraft continues to lead the class in performance after five decades.”

The Baron G58's unrivalled performance and flexibility in its segment has made it a versatile recreation and business aircraft, with missions that include training and charter. Two 300-horsepower Teledyne Continental IO 550-C engines power the Baron G58, which can carry four passengers more than 1,000 miles non stop with a maximum cruise speed of 202 ktas. It can take off in less than 2,350 ft and only requires 2,500 ft to land at its maximum landing weight of 5,400 lb. It also features a premium cabin that provides flexible seating comfortable for two, four or six people, with the option to reconfigure and remove seats to accommodate mission needs and large baggage items.