Read our latest feature:   Show issue: MEBAA
Diamonds are forever on the ramp in Brazil
In the first half of 2019, sales agent FBR Aviation delivered two brand new Diamond DA62s and received orders for five more. The type is a winner in Brazil owing to its efficiency, comfort and style. 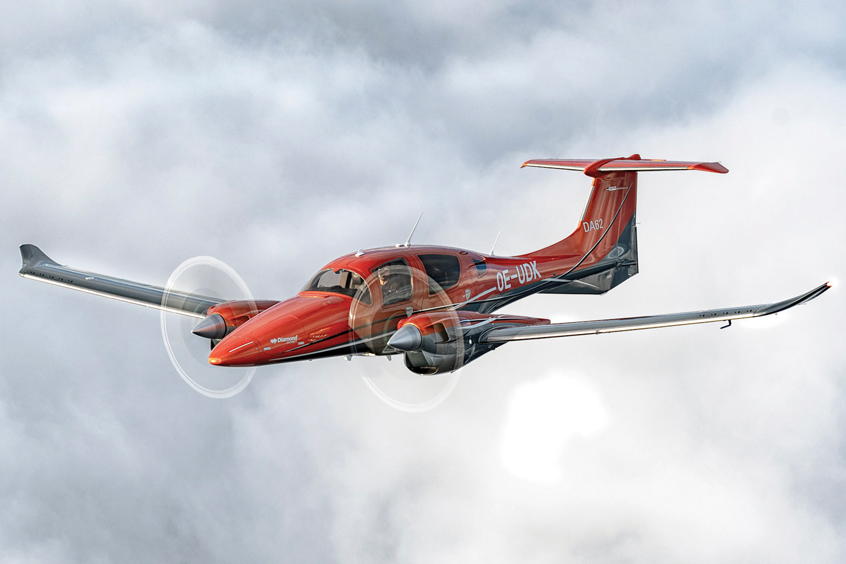 The Diamond DA62 is proving to be a popular platform in Brazil.

Diamond Aircraft is continuing to grow its sales in the Brazilian market, especially with the DA62. “We are encouraged by the continued sales growth of the Diamond DA62 in the Brazilian market” says Diamond CEO Scott McFadzean. “The combination of increased useful load, seven passenger seating and twin-engine reliability makes the DA62 a perfect fit for the variety of missions flown in Brazil.”

Diamond Aircraft's continued growth in Brazil would not be possible without the hard work, dedication and investments made in the country by Aeromot Aeronaves e Motores and FBR Aviation, its exclusive sales partners in Brazil.

“We are very proud of the quick increase in the amount of Diamond aircraft flying in the Brazilian skies. In the first half of 2019 alone, we delivered two brand new DA62 and received orders for five additional ones,” comments FBR president Danielle Ulrich.

“We are very happy to welcome and support all the new Diamond operators in Brazil,” adds Aeromot CEO Guilherme Cunha. “The aircraft produced by Diamond bring unparalleled fuel efficiency, comfort, style and safety to the general aviation market. This is a project we are proud to support and invest in.”

Operating in the aeronautical sector since 1967, Aeromot is one of the leading Brazilian aviation companies, specialising in the sale of aircraft, parts and components, aeronautical maintenance and technological solutions for special missions in various sectors of aviation. The company is a national leader in ISR (Intelligence, Surveillance and Reconnaissance) projects, having spearheaded a wide portfolio of projects such as the realisation of aeronautical systems projects for the 2014 FIFA World Cup Brazil and Rio de Janeiro 2016 Olympic Games. Since 2017, Aeromot has been partnered with Diamond Aircraft as the exclusive distributor of Diamond aircraft in Brazil; Aeromot is assisted by FBR Aviation in the process of importing, transferring and nationalising the aircraft.

American-based company FBR Aviation Inc. was founded in 2007 and offers special mission aircraft with complex ISR solutions for the world market, as well as logistics support in aeronautical parts and component supplies.