Global 7500 shows short-field performance
Saanen airport in the Swiss Alps is one of the more challenging from which to take off and land. But Bombardier has shown that its Global 7500 could manage the short field departure before continuing direct to Dubai. 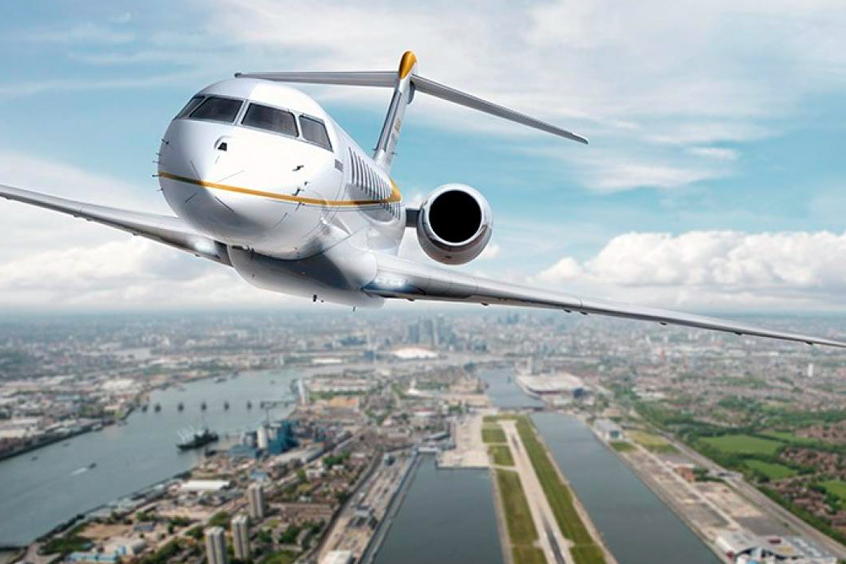 Bombardier's Global 7500 aircraft is now the largest, most spacious purpose-built business jet to operate out of Gstaad's Saanen airport in Switzerland, one of the most notable airfields located in the heart of the Swiss Alps and requiring short-field performance. The aircraft then continued its journey non-stop to Dubai.

“This demonstration strengthens the Global 7500 jet as a jet that simply has no peer in terms of combining size and real-world capabilities,” says senior vice president, worldwide sales and marketing Peter Likoray. “Not only can it access demanding airfields in hot and/or high locations, it also delivers uncompromising value to customers under any conditions, at any time, without the need for tailwinds and a signature smooth ride through exceptional wing flexibility.”

The Global 7500's wing technology generates extra lift on takeoff and approach due to its slats and flap system. It also maximises aerodynamic efficiency and increases performance all the while improving safety and offering a smoother ride. Its no compromise design makes it the largest business jet with the short-field performance and steep approach capabilities allowing it to operate out of demanding airfields such as London City airport, connecting passengers to key regions in Europe and the Middle East non-stop.

Bombardier also showcased the Challenger 350 in Gstaad, for which it had recently made a series of enhancements such as available compact Head-up Display (HUD) and Enhanced Vision System (EVS), cabin soundproofing technology and improved cockpit aesthetics. A performance improvement package also allows the aircraft to fly up to 1,500 nm farther out of short runways, complementing the steep approach certifications awarded by international regulatory bodies such as EASA, FAA and TC. The aircraft set a world speed record in its class, flying from Saanen airport to Malaga in Spain in two hours four minutes at an average cruise speed of Mach 0.82.