First Praetor 600 arrives with customer
The Praetor 600 made its first transatlantic crossing powered in part by SAJF back in May. Following triple certification, from ANAC, EASA and the FAA, Embraer has now made the first customer delivery. 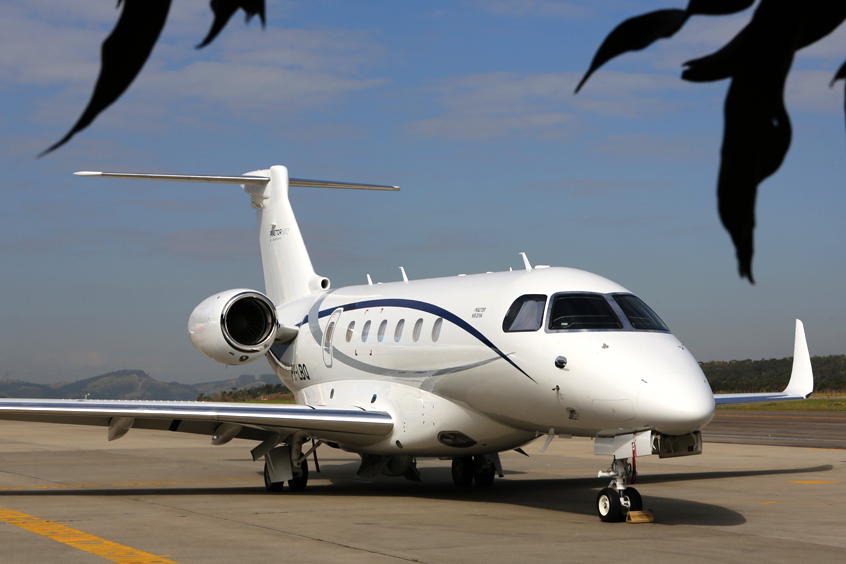 The Praetor 600, which Embraer hopes will prove to be a highly disruptive and technologically advanced super-midsize jet.

Embraer has made the first delivery of its new Praetor 600 super-midsize business jet to an undisclosed customer. The delivery ceremony was held at the company’s production facility in São José dos Campos, Brazil, where the first Praetor 600 rolled off the hybrid assembly line that also produces the Legacy 450 and Legacy 500. Assembly of the Praetor 600 will soon also occur at Embraer’s production facility in Melbourne, Florida, where the company has produced more than 360 Phenom and Legacy aircraft since 2011.

“We are thrilled to deliver the first Praetor 600 and we are confident that our customer will be pleased with the most disruptive and technologically advanced super midsize business jet to enter the market,” says Embraer Executive Jets president and CEO Michael Amalfitano. “The Praetor 600 is certain to create a new value experience for our customers and help them outperform in their business and personal endeavours.”

Announced at NBAA-BACE in October 2018, where it also made its debut, the Praetor 600 was certified just six months later in April 2019, becoming the only super midsize business jet to be certified since 2014.

“The Praetor 600 unleashes the full potential of its platform through industry-leading design, engineering and technology that was yet unseen in the medium cabin class,” adds Embraer Engineering and Technology executive vice president Daniel Moczydlower. “With Embraer’s fourth-generation fly-by-wire technology and more than 25 patented innovations in the interior design and architecture, it will ensure an industry-exclusive customer experience and raise their expectations of business jets.”

The Praetor 600’s full fly-by-wire technology powers turbulence reduction that is said to make every flight the smoothest and most efficient possible. And it is able to make non-stop flights between Dubai and London, Paris and New York, São Paulo and Miami. With four passengers and NBAA IFR Reserves, the aircraft has an intercontinental range of 4,018 nm (7,441 km), with the highest payload capacity in its class.

At Mach 0.80, its range is 3,719 nm (6,887 km). Embraer says that passengers will enjoy smooth flights in a best-in-class six-foot high flat floor cabin, complemented by an unmatched 5,800 ft cabin altitude. The Embraer DNA Design cabin includes eight fully reclining club seats that may be berthed into four beds for complete rest. The cabin includes a full service galley at the entrance, a rear private lavatory with a vacuum toilet and a large in-flight-accessible baggage area.

The Praetor 600 features the Rockwell Collins Pro Line Fusion avionics suite with four 15.1-inch high resolution LCD displays, and paperless operations capability, with graphical flight planning and industry-first vertical weather display, air traffic control-like situational awareness with ADS-B In, and predictive windshear radar capability. In addition it has Jeppesen charts and maps as well as an inertial reference system, a synthetic vision guidance system and the Embraer Enhanced Vision System which features a head-up display and an enhanced video system. The Praetor 600 is powered by two fuel-efficient Honeywell HTF 7500E turbofan engines, claimed to be the greenest in their class. 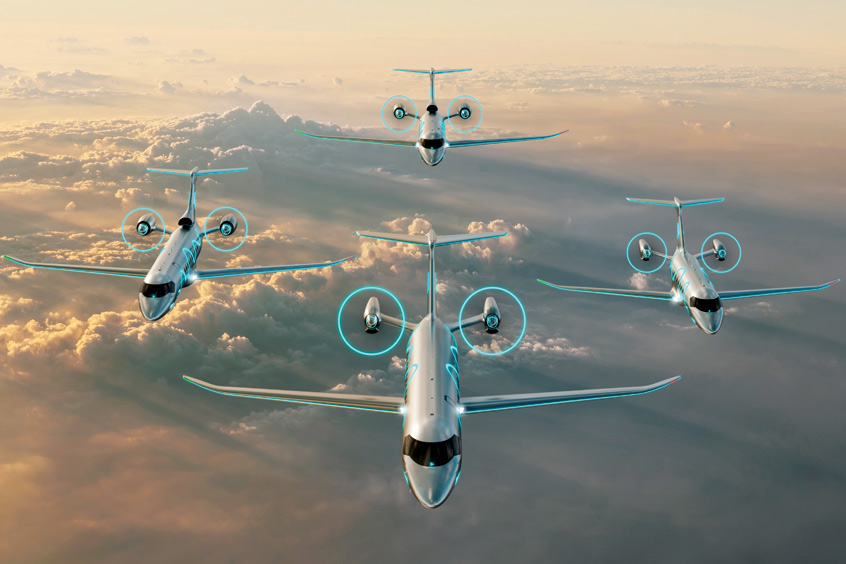 Embraer reveals latest sustainable aircraft concepts
Embraer has revealed updated aircraft concepts as part of a progress report on Energia, its initiative to get the aviation industry to net-zero by 2050.
Read the full report 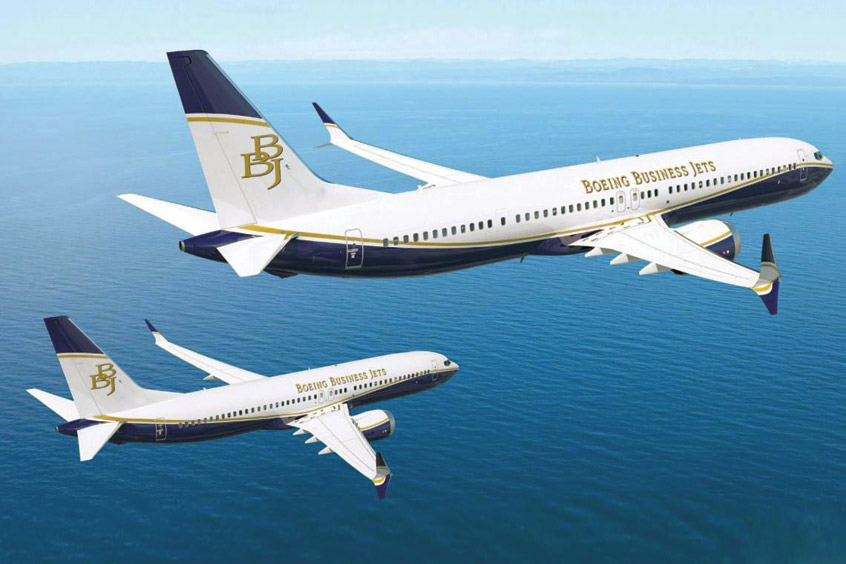