Hong Kong operator makes Global intentions known
It started with a management contract for a client. Now HK Bellawings wants to create the world's largest Global 7500 fleet and has exercised options for two while signing LoIs for a further five. 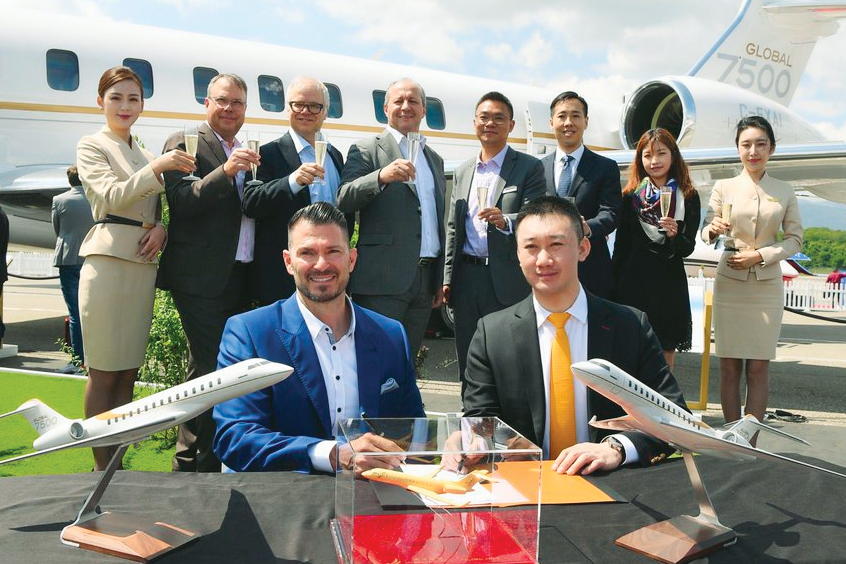 Hong Kong-based aircraft management company HK Bellawings Jet has signed a letter of intent (LOI) with Bombardier for five new Global 7500 business jets and has exercised options for two Global 7500s as part of an initial agreement signed in May last year.

“The Global 7500 aircraft continues to demonstrate its unrivalled performance and smooth ride, all the while delivering uncompromising value to customers under any conditions, at any time, without the need for tailwinds,” says Bombardier Aviation president David Coleal. “HK Bellawings' experienced and professional team is a perfect fit for the Global 7500 aircraft's superior performance and we are thrilled that it has chosen our flagship to expand its growing fleet of business jets.”

In April last year, HK Bellawings took over the management of its first Global 7000 on the day it was purchased by a client, and five months later the company placed an order for four Global 6500s and two Global 7500s, with options for 12 Globals, valued at approximately $370m.

“Today marks a step towards our goal of becoming the premier Asian private jet operator. We are very impressed with the Global 7500 since its entry into service less than six months ago,” adds HK Bellawings president YJ Zhang. “Its unmatched performance and range is ideally suited for our customers in the greater China region. As the operator that will manage one of the world's largest fleet of Global 7500 aircraft, HK Bellawings Jet will further expand its business scope and continuously pursue higher goals.”

Winner of the 2019 Aviation Week Grand Laureate Award and a Red Dot award for design, the Global 7500's range of 7,700 nm is the longest in business aviation. It can connect the cities of Beijing, Shanghai and Hong Kong non-stop to New York, London or Milan, and also fly nonstop from Singapore to Vancouver.