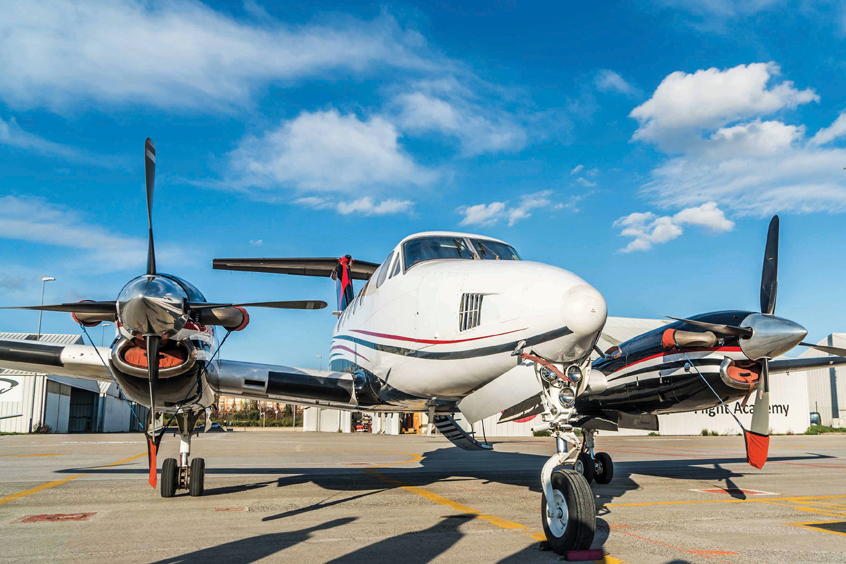 Netherlands-based Zeusch Aviation has completed its first broadcast relay flight, working with media technology company NEP The Netherlands (NEP) to support live television coverage of this year's Volta Limburg Classic single-day bicycle race in Limburg. The aircraft flew above the circular route as live images were captured from the ground and relayed to the base station, which immediately sent footage to an outside broadcast vehicle.

To support the aerial relay, Zeusch deployed its King Air C90A, specially outfitted with dedicated antennas on the underside of the fuselage and wings to capture the images and relay them to the NEP ground station. A two-metre relay boom can be extended and retracted during each mission to strengthen the relay reception range, while an extra camera fitted to the belly of the aircraft ensures that pilots can verify the boom is retracted prior to landing. The Zeusch aircraft formed an integral part of the broadcast team, working alongside two motorcycles tracking the race and a helicopter filming the event.

With the start and finish of the race in Eijsden, south of Maastricht, the Zeusch Aviation aircraft flew a circular route above the race for the three-hour broadcast. The city's location straddles a three-border triangle between The Netherlands, Belgium and Germany, necessitating flying across three separate air traffic control spaces. Careful flight planning was undertaken by the crew to ensure uninterrupted relay services during the flight.

“Our mission is to act as a satellite for the camera operators on the ground and in the helicopter as we provide an aerial bridge between the film crew and the director,” explains first officer Boudewijn Schaapveld. “The operational capabilities of the King Air make it the perfect aircraft for the relay role. Its endurance, flexibility and capacity to fly for hours at a time supports the requirements needed to conduct reliable relay missions. We even landed back at base with fuel to spare.”

The NEP relay flight was the first of many confirmed on the books for Zeusch. NEP has already secured 10 European sporting events this year, with Zeusch scheduled to provide aerial relay support in the skies above Slovenia, Norway, Hungary, Croatia and Germany. The next relay flight will provide broadcast support for the Hammer race, a three-day cycling event in Norway taking place in May.

“We are known for providing robust, reliable broadcast services and media solutions,” says an NEP spokesperson. “Our people and know-how facilitate viewing of some of the world's largest live broadcast events. We need to provide an end-to-end workflow, from capturing images to delivering them to the viewers, and must have reliable relay services to ensure seamless content delivery on any platform and on any device.

“We were completely satisfied with the efficient, effective performance of Zeusch Aviation and now consider the aircraft a regular part of our broadcast services unit. In fact, we have signed a five-year agreement with it and are looking forward to the next race already.” 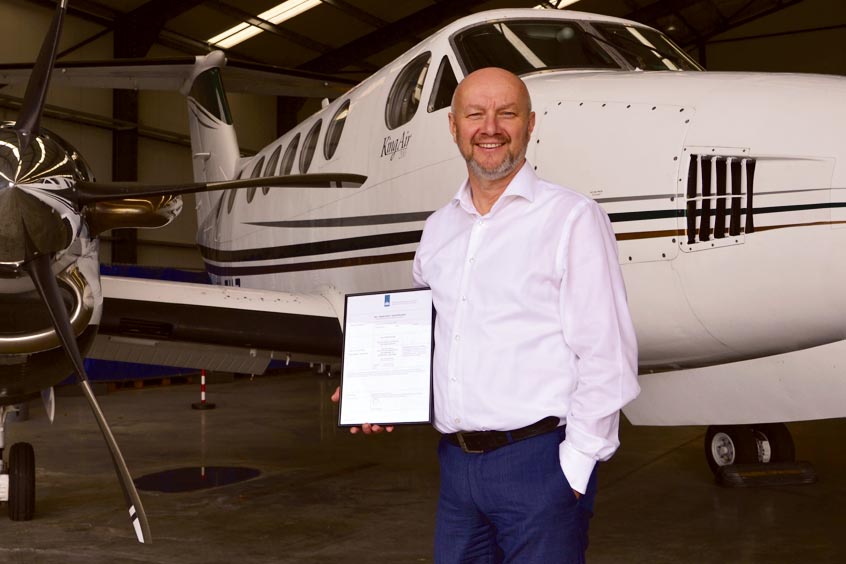