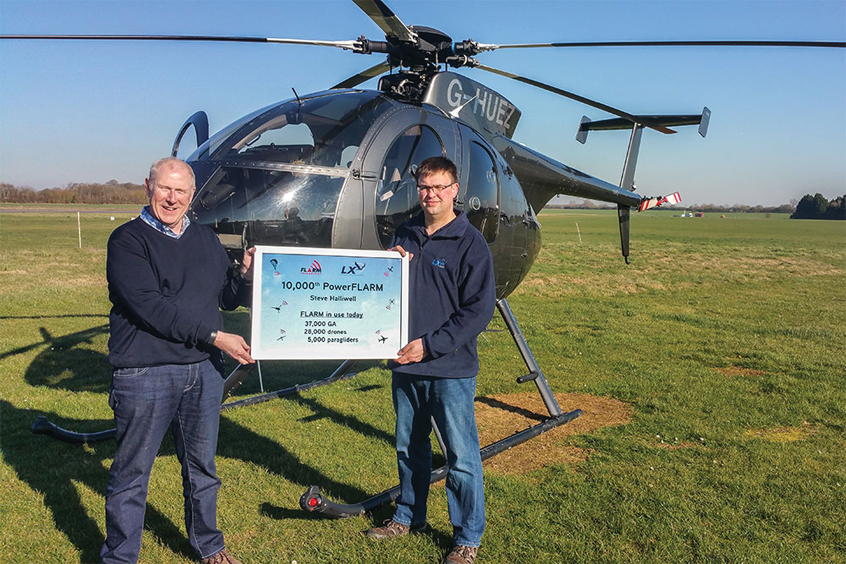 Steve Halliwell receives the 10,000th PowerFlarm customer certificate from Mike Pettican of LX Avionics in front of his MD 500.

Halliwell's interest in the system was piqued after he was flying his helicopter in a mountainous area and came within 100 ft of colliding head on with another aircraft. With the PowerFlarm system installed, he should now be sufficiently forewarned to be able to avoid any such situations.

Since its invention in 2004, nearly 40,000 Flarm systems have been installed in all types of manned airplanes and rotorcraft. 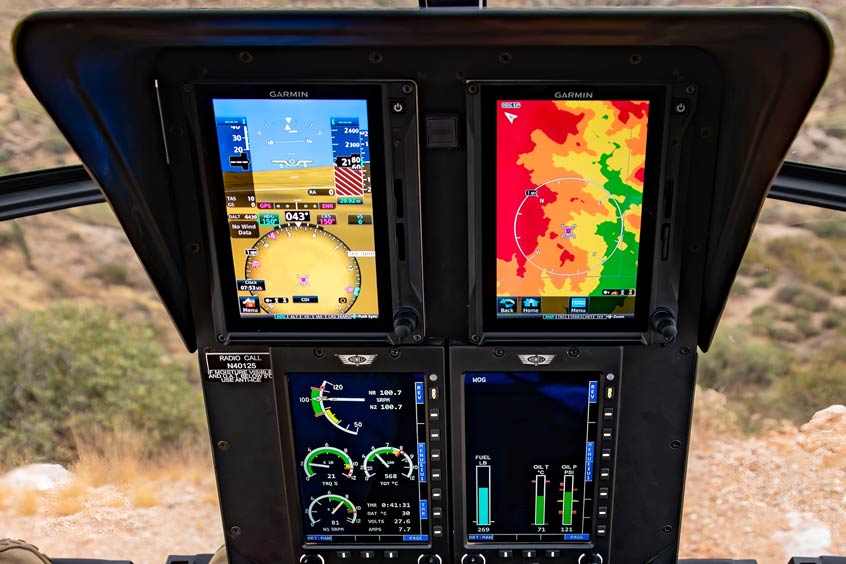 MD receives FAA approval for slimline cockpit
The slimline advanced glass cockpit modernises the MD500E platform for increased visibility and field of view. It is now standard in all new MD500E aircraft.
Read the full report