EASA certifies ultra long range Global 7500
The Global 7500 entered service in December and has only been certified by Transport Canada and the FAA. Now EASA has followed suit, enabling European customers to take advantage of the jet's 7,700 nm range. 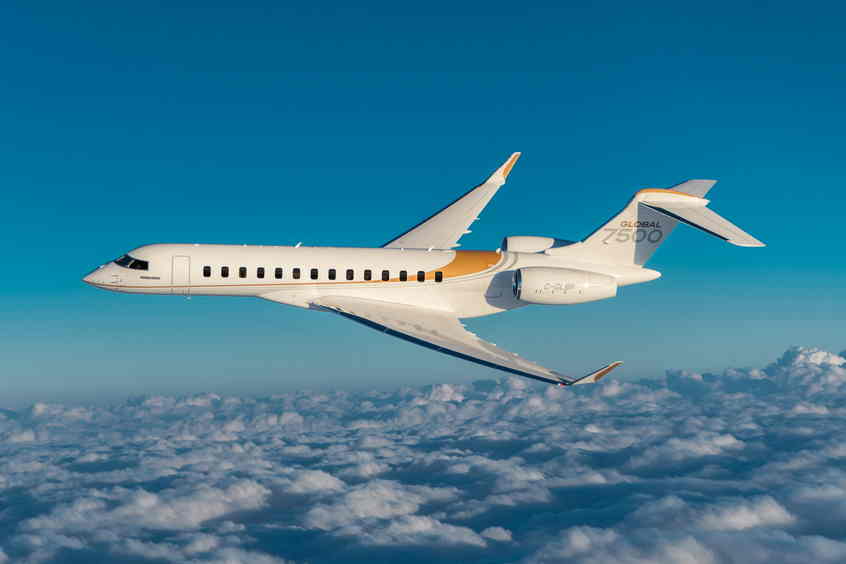 The Global 7500 can operate to and from difficult European hubs including Sion and St. Moritz.

“We've transformed business aviation with the Global 7500 jet,” says senior VP of programme management and engineering Michel Ouellette. “With the longest range in the industry, the aircraft can connect more international cities nonstop, opening many destinations to our customers.”

The Global 7500 earned type certification from Transport Canada in September 2018, followed by the FAA in November 2018, within 24 months of the first flight of FTV1. The aircraft entered service in December 2018.

The aircraft's advertised range has expanded to 7,700 nm, 300 nm further than initial commitments. It is also able to take off from challenging locations including Sion and St. Moritz. According to Bombardier, the Global 7500 is the only business jet that connects New York to Hong Kong and Singapore to San Francisco nonstop, flying eight passengers with standard NBAA IFR fuel reserves.

There are four living spaces in the cabin, which also includes the OEM's patented Nuage seat, designed for maximum comfort and exclusive to the new Global family of aircraft.