Read our latest feature:   Bonus distribution: ACE'22
8X to make European inroads following EASA nod
Dassault Aviation's 6,450 nm Falcon 8X has been certified by EASA, paving the way for European deliveries, and FAA certification has quickly followed. European entry into service is slated for the fourth quarter of this year.

Dassault Aviation's 6,450 nm Falcon 8X has been certified by EASA, paving the way for European deliveries, and FAA certification has quickly followed. European entry into service is slated for the fourth quarter of this year.

“We've broken new ground with the 8X,” says chairman and CEO Eric Trappier. “Not only did we meet customer demand for an aircraft combining increased range and cabin volume with the technological prowess of the popular 7X, but we were able to get it to market fully mature and tested in a remarkably short period of time, and exactly within our production schedule.”

In late April, Falcon 8X s/n 03 completed a global proving tour designed to demonstrate aircraft capabilities under different conditions of operation, with a particular focus on cabin comfort and connectivity. The 65-flight 55,000 nm campaign took the aircraft to 46 destinations from North, central and South America to Europe, the Middle East, China and southeast Asia. Missions varied in length from 18 minutes to 14 hours, including ultra-long range flights from Singapore and Sao Paulo to Paris and from New York to Abu Dhabi. The aircraft experienced a full range of flight conditions from hot weather and extreme cold (-33°C) to extra high and low humidity environments.

A total of 26 test and operational pilots took part in the tests, along with more than 60 engineers, technicians and flight attendants.

“Feedback from the operational trials, that is to say cabin comfort, air conditioning, and in particular cabin noise, was excellent and indicates the aircraft is poised for a flawless service entry,” says senior VP Olivier Villa. “Moreover, new innovations in aircraft insulation will allow us to further lower cabin noise compared to the Falcon 7X, currently the quietest aircraft in the industry.”

The three aircraft used in the flight test programme are now being redeployed following completion of the test and certification campaign, which totalled over 830 hours over 400 flights.

S/n 01 will be used to certify Dassault's FalconEye combined vision system on the 8X and to gain approval for its use in dual head-up display configuration. Dassault's FalconEye is the first HUD in the industry to blend synthetic and enhanced vision capabilities, offering increased situational awareness.

Production is continuing to ramp up to meet growing demand for the aircraft. Serial number 26 is currently in final assembly at Dassault's Mérignac production plant near Bordeaux and 12 aircraft are already in cabin outfitting at the company's Little Rock, Arkansas, completion facility. 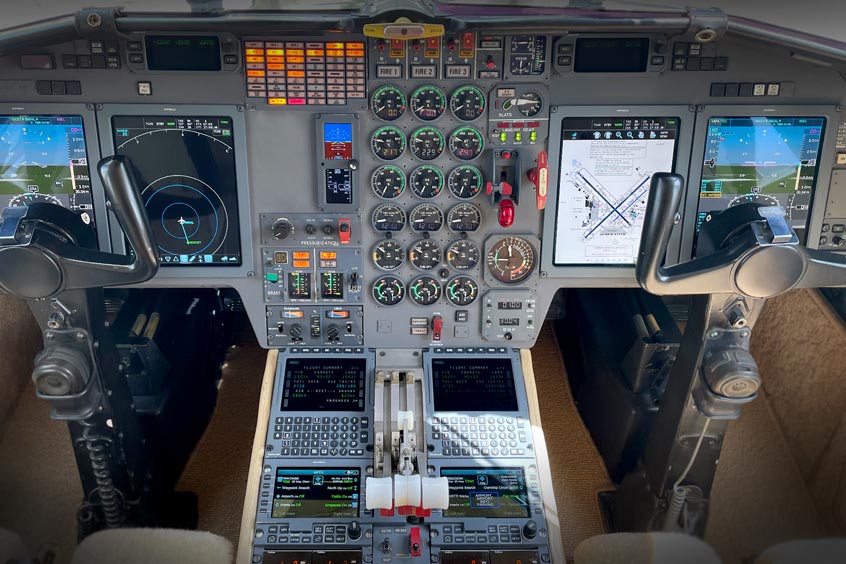 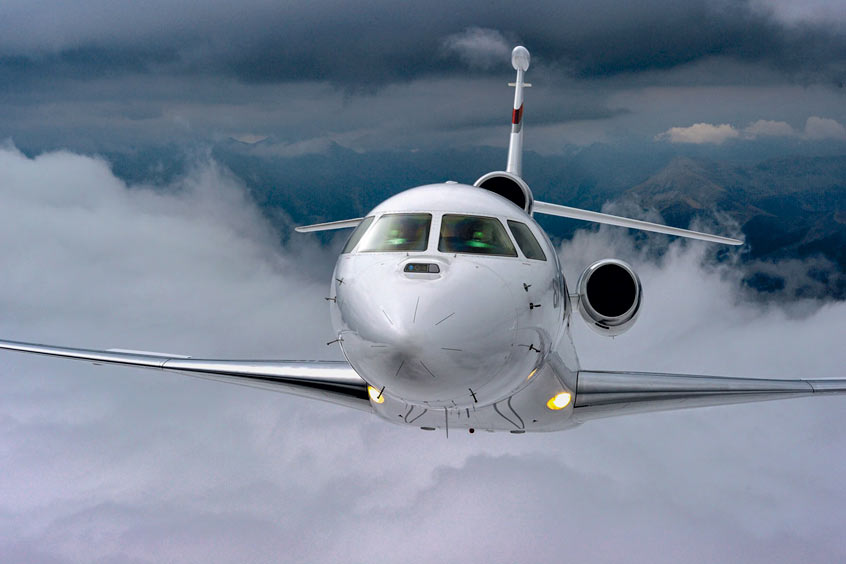 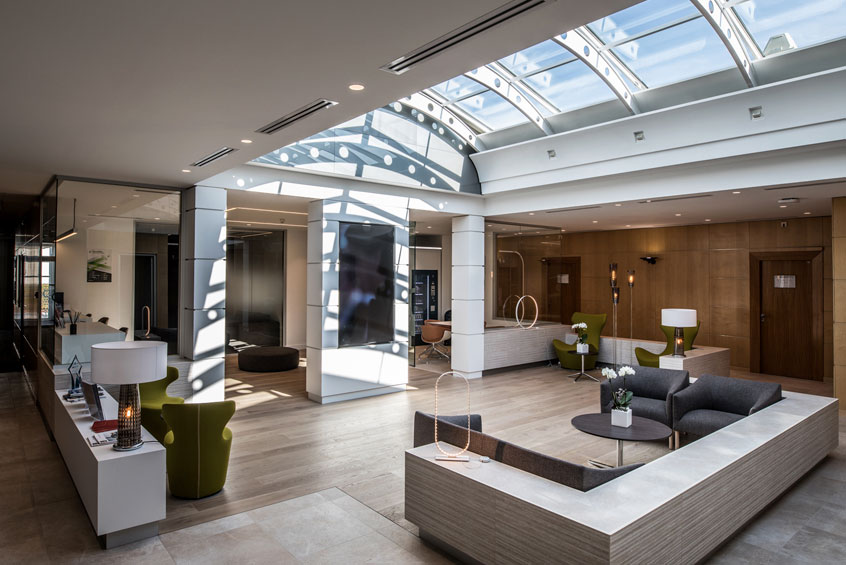 Dassault FBOs take two top BAN survey places
According to our FBO survey, Dassault Geneva is top in Switzerland and third in Europe, while its Paris Le Bourget FBO is rated second on site and sixth in Europe.
Read the full report