Read our latest feature:   Show issue: MEBAA
Two Bells and a Bolkow bolster Halo HEMS
Halo Aviation of Johannesburg, South Africa, has taken delivery of two Bell 222Us and a Bolkow BK117 B2 as part of its strategy to perform both day and night operations.

Halo Aviation of Johannesburg, South Africa, has taken delivery of two Bell 222Us and a Bolkow BK117 B2 as part of its strategy to perform both day and night operations. “Under SACAA regulations we may only undertake helicopter aero medical flights at night if it is a twin engine and has two pilots,” states director Ryan Horsman.

“The B222Us were a relatively low capital outlay and are already configured for aero medical operations. They allow for very cost-effective HEMS day or night. We already operate one BK117 B2 on a government contract and this second one will be positioned in South Africa for HEMS. The BK117 is a tried and tested aircraft and there are few HEMS platforms in our operating environment that can compete with it in my opinion. The maintenance programme from Airwork NZ which we have taken on the BK117s also provides a great deal of comfort.”

The first BK rotorcraft has been in operation for three months and has exceeded Horsman's expectations. “The client is extremely happy with the performance and capability,” he adds.

Besides being twin engine aircraft, the latest helicopters have an increased cabin size, which the crew are pleased with. They also have an auto pilot and cockpit voice recorders, while the second BK117 B2 has a rescue hoist.

Continues Horsman: “We now have improved range and can offer a comprehensive 24-hour service. But perhaps the biggest challenge in South Africa is our weakening currency as our maintenance programmes and components are all dollar-based.”

The company also flies a Beechcraft 1900C in Liberia for Aspen Medical International (AMI) and a 1900D in Niger performing passenger transfers. “In the last 12 months we have partnered with AMI as its aeromedical provider for develop-ment projects in west and central Africa. AMI's capabilities afford a number of west African countries access to advanced primary health-care facilities. We are also building an operating base and hangar at a hospital for the Free State Province in order for our BK117 to service and operate from their trauma facility.”

Halo was formed in 2009 and as well as its head office at Lanseria International airport has operating bases in Nelspruit, Bloemfontein, Klerksdorp and Pietermaritzburg. 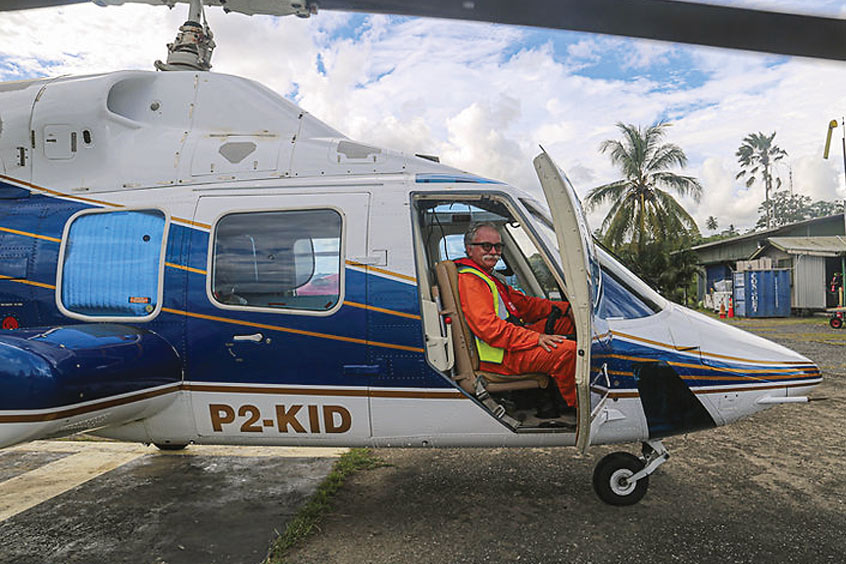