The ultra large Lineage 1000, launched on 2 May, 2006, is a variant of Embraer’s 190 regional jet airliner. It was designed for quick turnaround, top performance, high use and low maintenance, and the extra fuel tanks in the lower deck cargo hold space nearly double its range over that of the 190.

Following a first flight in October 2007, the Lineage 1000 received certification from both Brazil’s ANAC and EASA in December 2008, and shortly after in January 2009 from the FAA. The first unit was delivered to the UAE on 7 May, 2009.

The Lineage 1000 is powered by two General Electric CF34-10E7-B high-bypass turbofan engines, each delivering 18,500 pounds of thrust. It has a maximum operating speed of Mach 0.82 and is capable of flying at an altitude of 41,000 ft; it can fly nonstop from London to New York, from Moscow to Quebec or from Dubai to Tokyo. Maximum take off weight is 54,500 kg, and the Lineage 1000 is authorised to fly ETOPS 120, giving it capability to fly long distance over oceans, deserts and other inhospitable areas.

The aircraft can be configured to accommodate up to 19 passengers in a total cabin volume of 4,085 cubic ft. The interior offers five distinct zones and two lavatories, and a third lavatory and a stand up shower unit are optional. Total baggage capacity is 443 cubic ft and the aft baggage area is pressurised and accessible during flight.

In October 2013, Embraer introduced the Lineage 1000E. Refinements made by Embraer to the aerodynamics of the 1000E resulted in reduced weight, which allowed a 200 nm increase in range and a maximum cruise speed of 472 knots. Its more versatile landing capabilities opened up restricted airports such as London City, Teterboro and Aspen.

In August 2020 Embraer announced that it was stopping sales of the Lineage 1000. 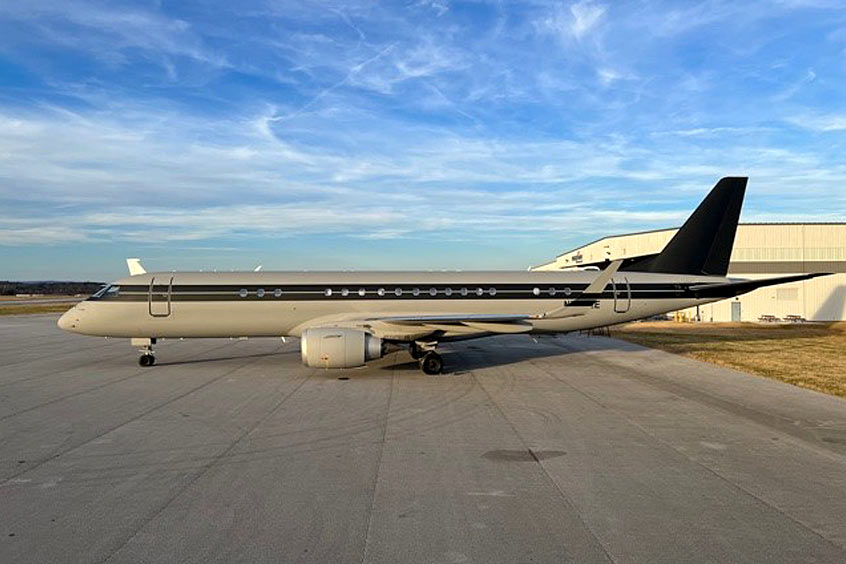 West Star paints first Lineage at Chattanooga
West Star Aviation has completed its first paint project of an Embraer Lineage aircraft. It undertook the work at its Lovell Field location in Tennessee, completing it in just over one month.
Read the full report 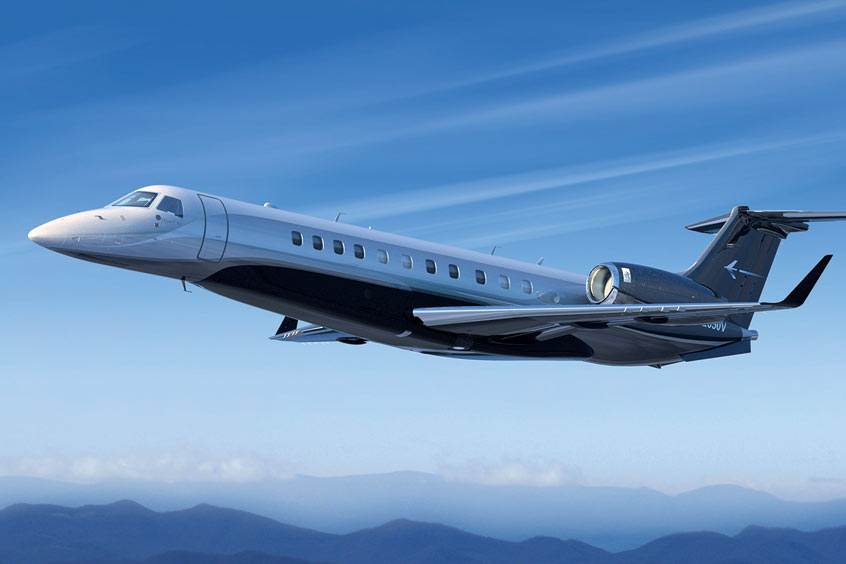 Embraer keeps its aircraft in the air for longer
For the Lineage 1000, Embraer has eliminated the requirement to remove the forward auxiliary fuel tanks during a 48-month check, doubling the interval to the 96-month check. Legacy times have also been tweaked.
Read the full report 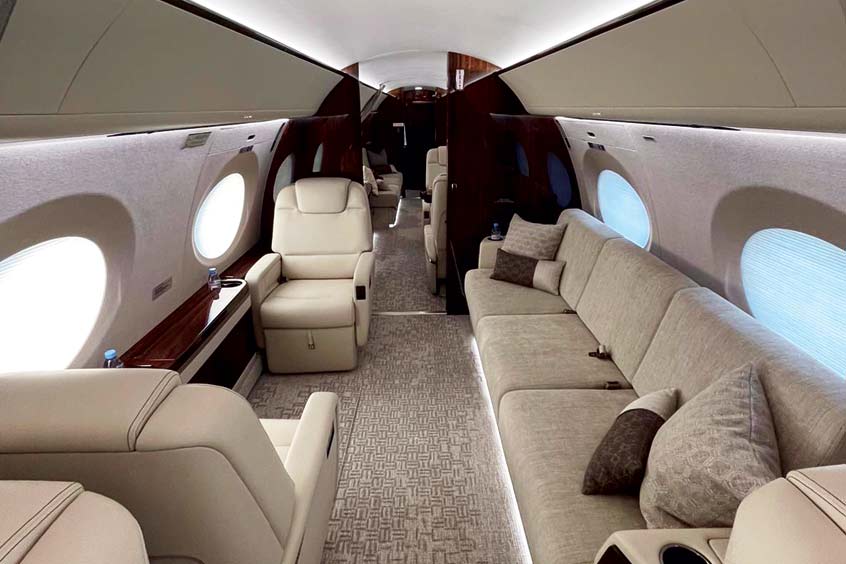 Luxaviation offers alluring G600 out of Luton
Luxaviation is adding a whole host of jets to its fleet. A Luton-based Gulfstream G600, a Turkey-based Challenger 300, along with a Lineage 1000 and a Legacy 600 on a San Marino AOC, are the latest to join.
Read the full report