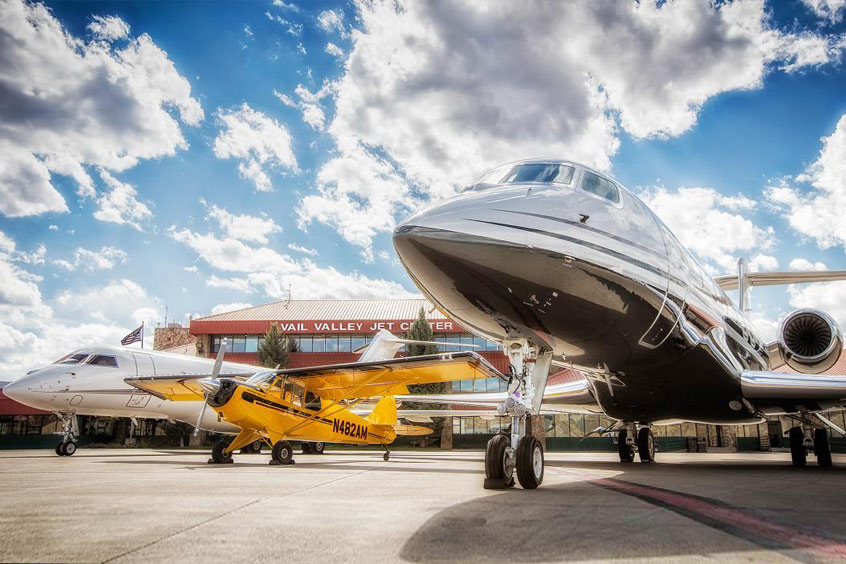 VVJC is carbon neutral across its equipment, fleet vehicles and buildings.

The Vail Valley Jet Center (VVJC), owned and operated by FBO network Signature Aviation, has achieved carbon neutrality for its Scope 1 and Scope 2 emissions generated by equipment, fleet vehicles and buildings. The accomplishment is a key step in Signature's journey to fulfil its commitment to attain a net-zero operational footprint by 2050, serving as an exploration into the tactics and strategies that can be implemented throughout the company's global private aviation terminal network. The Eagle County Regional airport location in Colorado is serving as an innovation testbed as it tracks the most effective ways of reducing carbon emissions.

Signature's Eagle location started its journey toward carbon neutrality in January 2022 by following the company's protocols to audit and monitor emissions of all its facilities and equipment. The audit established the baseline carbon footprint that led to three strategies: on site solar, procurement of renewable energy through local utilities and electrification of its vehicle fleet.

Building upon these strategies, the VVJC implemented over 10 energy efficiency programmes:

- Installed solar to eliminate the need for utility-supplied electricity

- Installed HVAC interlocks on 11 hangars, pausing climate controls when the doors are open

- Replaced 584 traditional lights with LED lighting throughout its campus, reducing energy use by 65-75 per cent over traditional metal halide and high-pressure sodium lighting

- Utilised B20 biodiesel in all diesel-powered equipment

- Ordered two new fully electric aircraft refuelling trucks with delivery anticipated in late 2022, making Signature among the first in the industry to use this type of equipment

The largest challenge was modifying VVJC's ground service equipment fleet to include 50 per cent electric-only vehicles. Despite significant supply chain challenges, the investment in new equipment will result in a 15 per cent reduction in fossil-fuel emissions. The fleet upgrades include six new Rampmaster 5,000 gallon aircraft refuelling trucks, which will consume 40 per cent less diesel fuel than the 1990s vintage trucks they will replace (three refuelling trucks have already been delivered, with the rest to be delivered in December 2022); six electric Club Car Transporter golf carts, replacing 1990s era gas-powered golf carts; and an electric lavatory cart, an electric fork-lift, a Tesla Model Y for use by visiting aircraft crews and an electric belt loader that displaces its gas-powered predecessors.

“Our team has risen to the challenge of accomplishing the wide variety of tasks associated with implementing this programme,” says VVJC president and general manager Paul Gordon. “We are proud of reaching this goal for our airport and our community.”

One of the supporters is Eagle County's Walking Mountains Science Center, which is Energy Smart Colorado's local partner assisting with implementation of the offset programme.

“Achieving our ambitious net-zero goal will require significant changes to the way we operate,” adds Signature Aviation director of environment and sustainability programmes Heather Frost. “The success achieved at the VVJC has educated us on holistic sustainability and established a model for Signature's efforts to decarbonise the private aviation industry.”

In August 2022, VVJC celebrated another significant achievement, becoming the first FBO in the US to achieve NATA's highest environmental certification for sustainable operations in the business aviation industry, outpacing thousands of private aviation service providers globally. Those VVJC sustainability efforts have already had the effect of removing 678 metric tonnes of CO2 annually from Colorado skies.

The aviation industry is still working to overcome the most significant source of CO2 creation within the sector, namely emissions from aircraft fuel, also referred to as Scope 3 emissions. This is a major challenge to aircraft operators becoming net zero because of the limited availability of carbon-intensity-reducing SAF and a cautious regulatory environment.

Signature is already the private aviation industry's largest provider of SAF, having delivered over 15 million gallons to its customers to date. Its FBO in San Francisco, California has converted its entire fuel supply to SAF, and Signature Aviation offers the fuel for purchase at 18 additional locations in the US and UK. 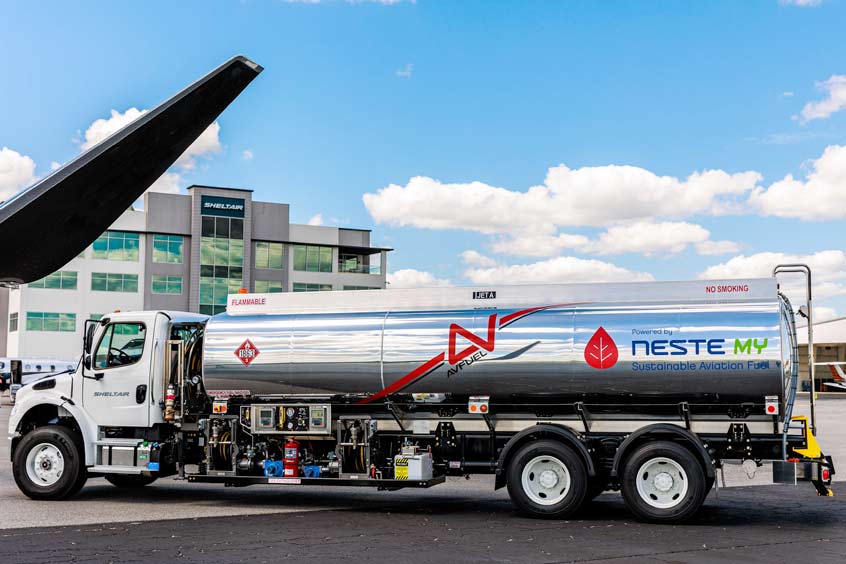