Read our latest feature:   Show issue: MEBAA
Honeywell forecasts growth as purchase plans increase sharply
Projected business jet deliveries and expenditures over the next decade are on the up from last year's survey. Usage in 2022 is higher and operators report far greater interest in reducing their carbon footprints.

Honeywell's 31st annual Global Business Aviation Outlook forecasts up to 8,500 new business jet deliveries worth $274 billion from 2023 to 2032, which is up 15 per cent in both deliveries and expenditures from the same 10 year forecast a year ago. This year, surveyed operators reported new jet purchase plans on a par with 2019 levels, with fleet addition rates doubling from last year's reported intentions. Respondents' feedback in this year's survey aligns with industry reports of sold out business jet production lines for the next several years.

"The business aviation industry is greatly benefitting from a wave of first time users and buyers due in part to changing habits brought on by the Covid 19 pandemic," says president, Americas aftermarket Heath Patrick. "The business aviation sector is expected to recover to 2019 delivery and expenditure levels by 2023, which is much sooner than previously anticipated. Demand for new business jets is as high as we've seen it since 2015, and we expect high levels of demand and expenditures for new aircraft for several more years."

Key findings show that new business jet deliveries in 2023 are expected to be 17 per cent higher than in 2022 and expenditures are expected to be up 20 per cent. Five year purchase plans for new business jets are up three percentage points compared with last year's survey; this reaches 2019 levels and is equivalent to 17 per cent of the current fleet. Fleet additions are up for the second year in a row, doubling 2021's rate and topping two per cent of the fleet.

Just two per cent of surveyed operators plan to dispose of an aircraft without replacement, which is half the rate gleaned in 2021. And five year purchase plans for used jets remain high, totalling 28 per cent of the current fleet and on par with last year's results. High demand for used jets will keep pressuring the already low inventory of jets available for sale.

The business aviation industry is benefitting from waves of first time private aviation users and buyers, likely attributed to Covid. At times in 2022, flight activity met levels not seen since 2007, which was the busiest year ever for business aviation. Concerns about exposure to pathogens and the reduction of premium class airline services helped drive recent growth in business and private aviation. The 2022 Honeywell survey sampled first time business aircraft owners who have made their purchases since 2020, and operators who are capturing first time private aviation users, and found that nearly three quarters expect to keep the same level of flying in 2023 as they did in 2022, which is 10 percentage points above the whole fleet average. Only four per cent expect to fly less in 2023. Nearly 85 per cent of first time users operate in the Americas, the majority in the US and the rest mostly in Brazil. Business turboprops and small cabin jets each make up 35 per cent of the fleet carrying these new users, followed by medium jets (18 per cent) and large long range jets.

Honeywell is committed to reaching carbon neutrality by 2035 in its operations and facilities and to driving aviation sustainability with a wide range of ready-now solutions that will support a more sustainable future for the sector. This year's survey features a dedicated section on operators' current and future plans to reduce their carbon footprint during operations.

Half of this year's surveyed operators are currently implementing at least one method to reduce their carbon footprint, and this is 30 percentage points above last year's survey. Twenty per cent said they did 'fewer or slower private jet trips' and 17 per cent had 'increased passenger capacity'. While 14 per cent used SAF to reduce their footprint, operators did cite challenges with SAF availability.

More than 60 per cent of operators plan to either adopt or increase methods for more environmentally friendly operations in the future, and 37 per cent cite SAF as the most common way to achieve this goal. Of the remaining operators, when asked what would compel them to address sustainability in the future, just over half cited economic incentives such as tax benefits or operating cost savings.

Honeywell's forecast methodology is based on multiple sources, including macroeconomic analyses, original equipment manufacturers' production and development plans shared with the company, and expert deliberations from aerospace industry leaders. It also uses information gathered from interviews conducted during the forecasting cycle with 152 non-fractional business jet operators worldwide. The survey sample is representative of the entire industry in terms of geography, operation and fleet composition. This comprehensive approach provides unique insights into operator sentiments, preferences and concerns and provides considerable insight into product development needs and opportunities. 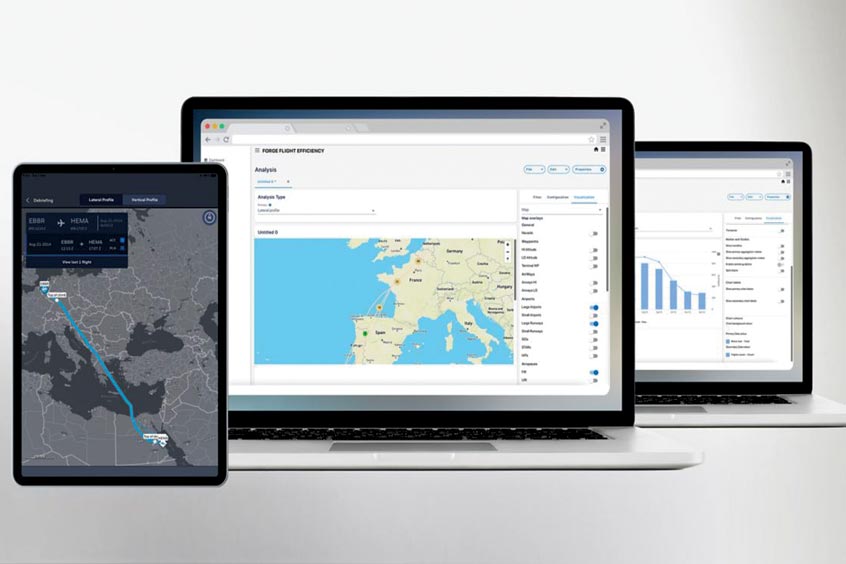 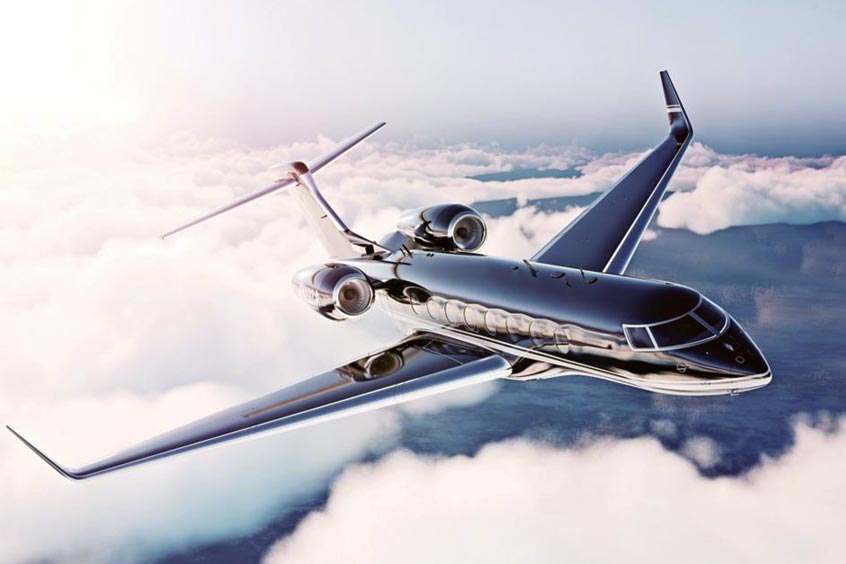 Honeywell targets 2023 for JetWave comms
Honeywell's next-gen JetWave will unlock a wider Ka frequency and utilise the next generation of very-high throughput satellites​, and new service plans will make this connectivity more affordable than ever.
Read the full report