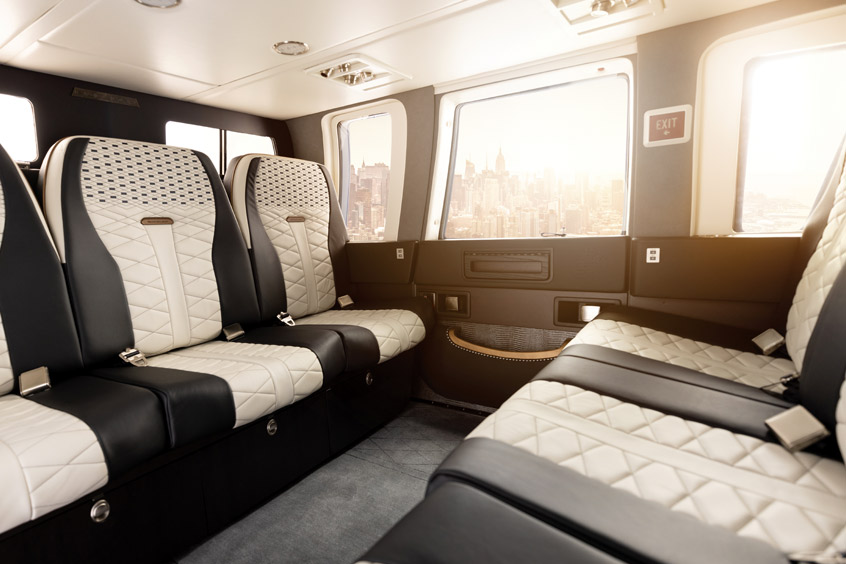 Flexjet launched its helicopter division in June following the acquisition of Associated Aircraft Group last year, to provide last mile transport for owners of Flexjet aircraft travelling from airports to their final destinations. The division will be expanding to Europe this autumn.

“By showcasing one of our private helicopters, not only were we able to introduce the division to our current aircraft owners, but we were able to connect this automotive-focused audience with our LXi interior inspired by the Bentley Mulliner Bacalar sports car,” says ceo Michael Silvestro. “And like the Bacalar, of which no two are alike, we will only be using this interior in one of our helicopters and in one of our Gulfstream G650 aircraft.”

The Bacalar Project is the name given to this unique interior. It is inspired by Bentley's rarest two-door open air motorcar, of which only 12 in the world have been manufactured to the specifications of each buyer.

The aircraft interior design elements include wood veneer matched to the 5,000 year old Riverwood that forms the wraparound dashboard in the Bacalar. A rare paint colour option of Julep, again used for one of the Bacalars, inspires a one-time change to the Flexjet livery chameleon paint that is normally a red-gold, but for this aircraft and helicopter is a silver-green. And the copperhead shape and basketweave stitching on the white leather and black trimmed seats of the Bacalar automobile are reflected in the custom captain's seats in the Gulfstream G650 and the seats in the Sikorsky S-76.

“Many Flexjet owners are aficionados not only of aircraft but also of automobiles, appreciating the elegance and performance of the finest examples of automotive style and engineering,” says chief operating officer Megan Wolf. 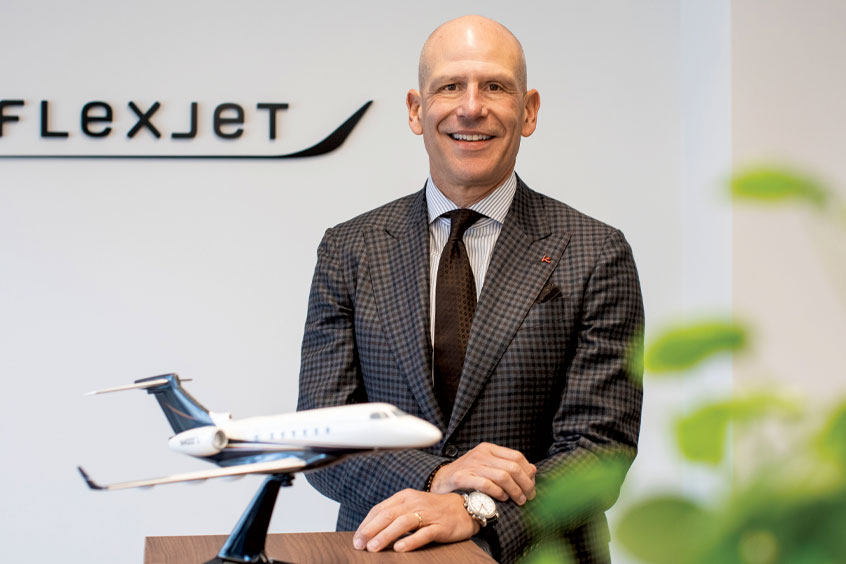 Flexjet pioneers AGC-SAF and pilots blockchain documentation
Flexjet aims not just to offset but reduce its emissions, and the use of SAF produced with Alder's greencrude will help achieve that. The transparency tool developed by Alder and 4Air will serve as a proof of concept.
Read the full report

Flexjet puts staff at forefront of expansion
Flexjet is busier than ever, and it seems the current growth trend looks to have staying power. The company is investing in its people, its aircraft and its facilities, and has earned recognition as a top 99 Ohio employer.
Read the full report 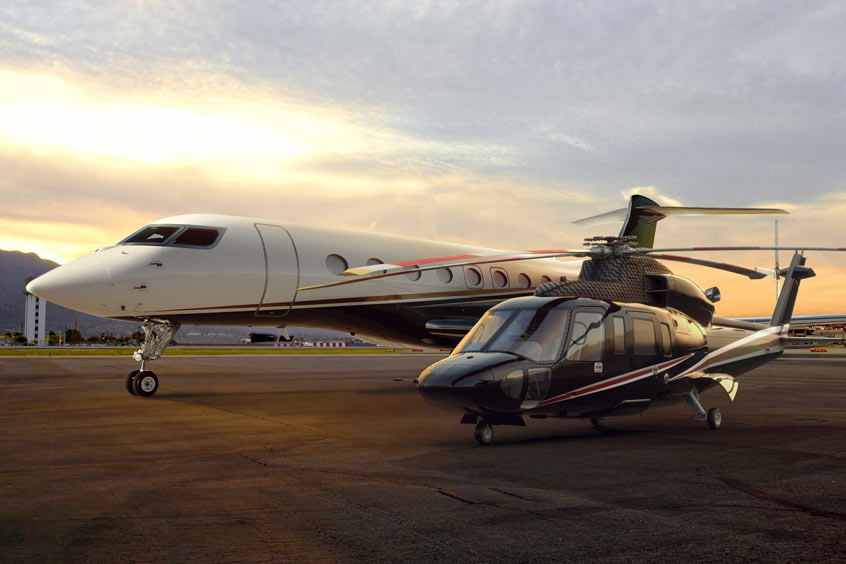 Flexjet adds private helicopter division
The Flexjet fleet of Sikorsky S-76 helicopters will provide on demand transportation regionally as well as for last-mile trips for owners of Flexjet aircraft travelling from airports to their final destinations.
Read the full report