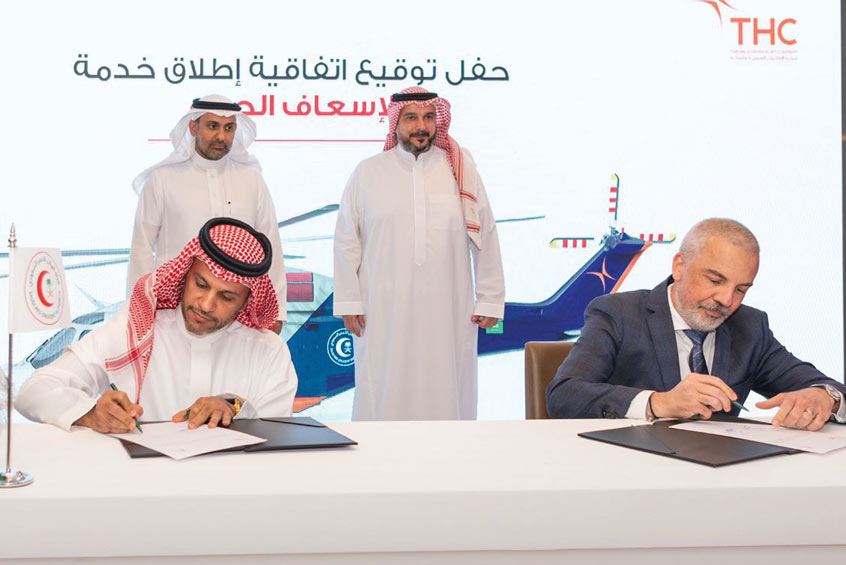 Saudi Arabia-based commercial helicopter operator The Helicopter Company has signed an agreement with The Saudi Red Crescent Authority for the inauguration of a Saudi Air Ambulance Service.

The 24/7 service has been launched in Riyadh and will expand throughout the Kingdom in several phases.

Medevac helicopters will be provided by The Helicopter Company to respond particularly to critical cases in the sacred sites dedicated by SRCA to the guests of Allah in the 2022 Hajj season.

SRCA president HE Dr Jalal bin Mohammed Al Owaisi says that the agreement shows the SRCA's keenness to develop and upgrade its fleet and emergency medical services, and to provide all means by which crew can perform their tasks quickly and efficiently. He notes that the authority's air ambulance fleet will become a primary support service to emergency teams on the ground.

The agreement represents an important step in maintaining a modern health care system that contributes to saving lives in the kingdom.

The Helicopter Company was established by Public Investment Funds in 2019 as the kingdom's first commercial helicopter operator. It owns 17 helicopters for the provision air ambulance services, aerial works, tourism and private transportation. Recently, it signed purchase agreements for 42 Airbus and Leonardo helicopters, the largest purchase in the company's history.