Read our latest feature:   Checklist: Aircraft finance
V-Star explores eVTOL opportunities with Dufour
A partnership with Dufour gives V-Star early access to its next-generation aircraft; anywhere it needs to get people and equipment quickly and cheaply is where these aircraft come in. 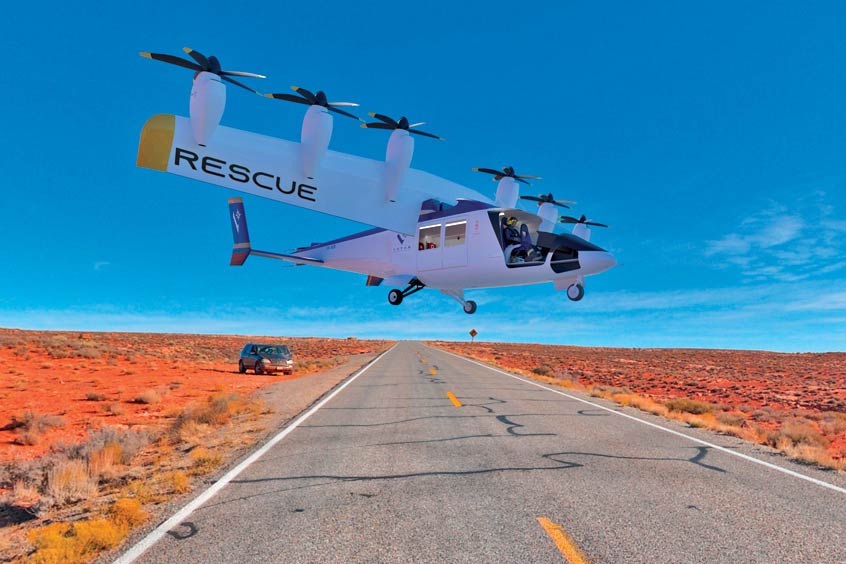 V-Star will use Dufour's eVTOL aircraft to change regional travel and transport in Australia.

V-Star is a new venture founded by three South Australian businessmen with significant experience in defence, commercial and search and rescue operations around the globe. They have a strong belief in the future of VTOL aircraft for domestic applications and have merged two leading South Australia aviation businesses to realise the unique opportunity in this embryonic market and, in turn, revolutionise air travel in Australia.

V-Star chief executive officer and founder Tony Laws says: "These new aircraft designs will change the way we approach regional travel and transport in Australia. Anywhere we need to get people and equipment quickly and cheaply is where these aeroplanes come in."

Dufour co-founder and chief executive officer Thomas Pfammatter adds: "We are very much looking forward to exploring the many opportunities for deploying unmanned and manned tilt-wing aircraft in Australia. The formation of V-Star Powered Lift Aviation marks an important milestone in this journey. We are proud to be working with such an experienced team to move sustainable aviation forward."

V-Star says it is bringing together a fleet that combines speed, reliability, cost savings and operational efficiency. It is also considering the world's first commercial-powered lift aircraft, the AW609; the Swiss-designed and built Aero3 that combines innovative technology and sustainable transportation with hybrid-electrical power; and the fast and efficient TriFan 600 that competes with small business jets and then lands vertically to bring speed and low costs to today's traveller.