Read our latest feature:   Bonus distribution: ACE'22
Rega invests in Geneva air rescue
Rega will station a new five-bladed Airbus H145 helicopter in Geneva once it has enlarged and modernised its existing hangar. It will add crew bedrooms to increase operational readiness at night. 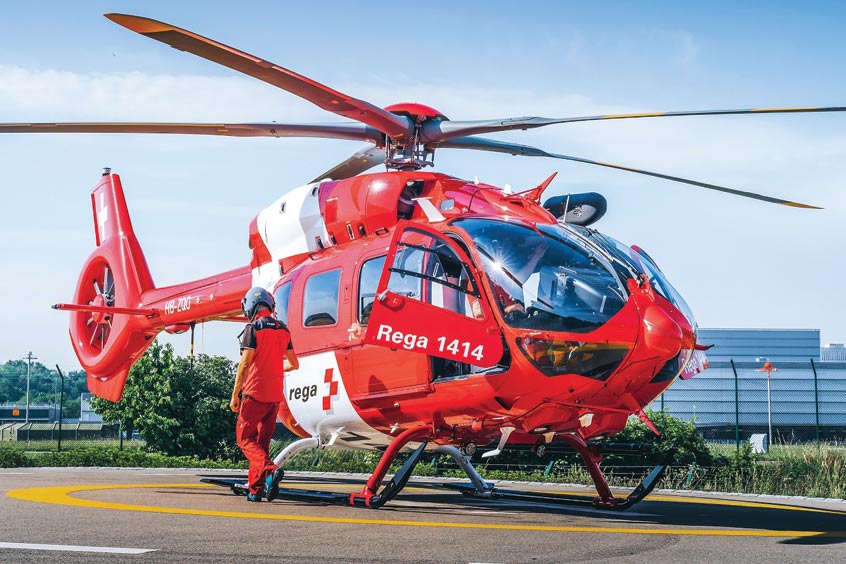 Rega will station a new five-bladed Airbus H145 in Geneva.

Not-for-profit aeromedical service provider Swiss Air-Rescue Rega has signed an agreement with the State Council of the Canton of Geneva that marks the continuation of a decades-long partnership for the benefit of patients and will further improve aeromedical care for the local population.

Rega will station a new five-bladed Airbus H145 helicopter in Geneva. In order to do so, it first needs to enlarge and modernise its existing hangar. During the conversion of the helicopter base, bedrooms for the crews will also be built, so that in future the crew members will also be present at the base at night. This will, in particular, increase Rega's operational readiness after darkness has fallen and means that the helicopter can also be in the air within a few minutes during the night. Rega's air rescue services will not incur any costs for the Canton of Geneva. Rega is funded by its patrons, including numerous Geneva residents.

In addition, the agreement regulates Rega's cooperation with Geneva University Hospitals (HUG) that, among other things, will provide medical personnel for the base. The new agreement does not change anything in terms of calling out the rescue helicopter stationed at Geneva airport. The cantonal 144 emergency call centre (CASU) decides whether or not a rescue helicopter should be deployed. If the CASU requires the assistance of a rescue helicopter, this is called out by the Rega operations centre, which then also coordinates the mission.

Rega, HUG and the Canton of Geneva enjoy a long-standing partnership; a helicopter base was established in Geneva as far back as 1971, and the parties signed their first cooperation agreement in the mid 1980s. Since 2003, the Geneva crew have been flying missions in the region with a twin engine EC135 helicopter. Whether accident, illness, search flight or water rescue, the scope of missions performed by the Geneva base, which flies around 400 missions a year in the region using the radio code Rega 15, is broad. The crew regularly work together with various operational partners such as the Geneva Fire Service, Swiss Alpine Rescue, the French emergency medical service, the Société Internationale de Sauvetage du Léman and the security services at Geneva airport. 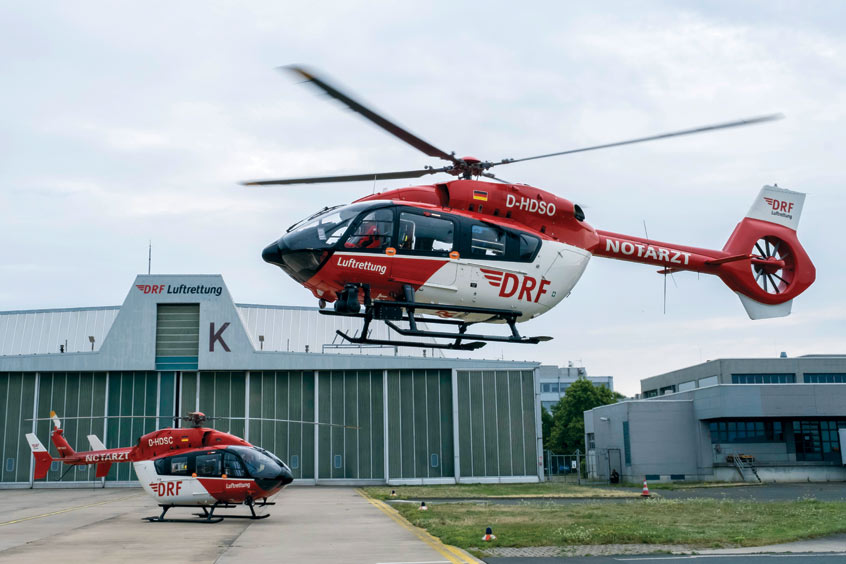 DRF Bremen signs off last EC145 and welcomes replacement
DRF's last EC145 has served its Bremen base well and saved many lives, but it is now replaced by the H145, which will be especially suitable for critical transports between clinics.
Read the full report 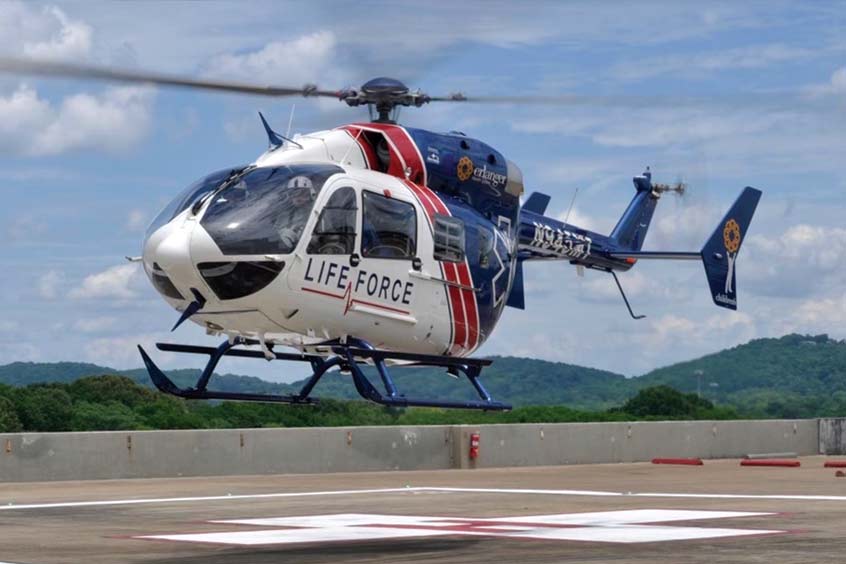 Life Force puts first EC145e into service
The EC145e replaces an H135 at the Cleveland Regional Jetport base in Tennessee. It will allow Life Force to fly greater distances and provide transport to patients in need of critical care.
Read the full report 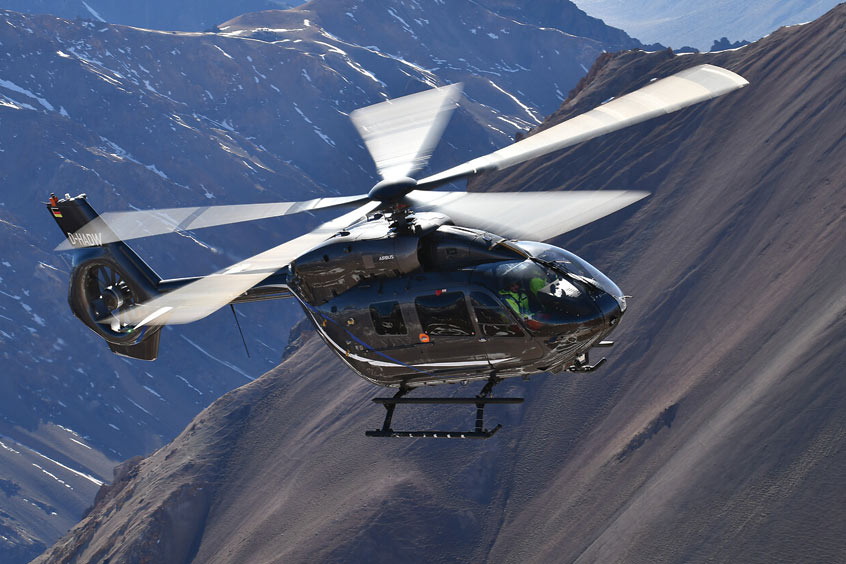