Latest Ka-62 is certified in Russia
Russian Helicopters can now commence deliveries to the Russian market of the newest civilian Ka-62 following the company's receipt of type certification from the Federal Air Transport Agency. 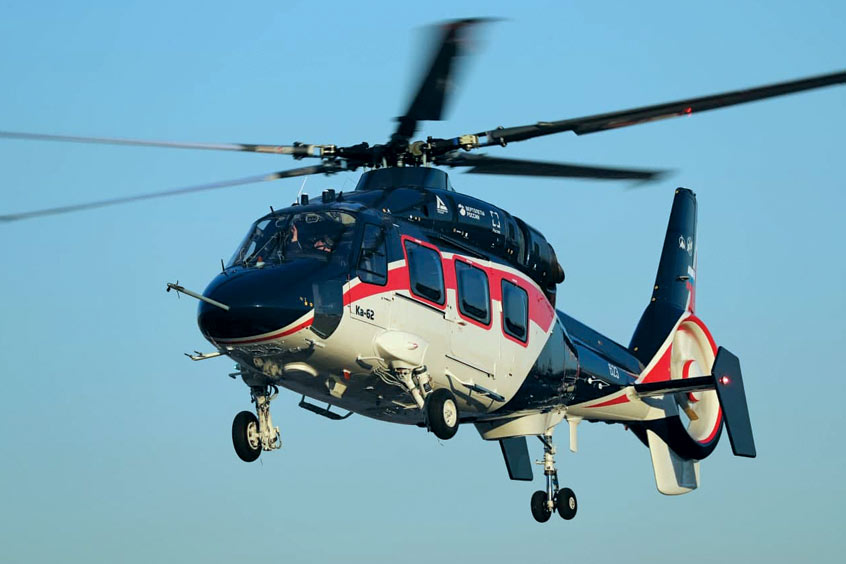 The 15 passenger Ka-62 can carry two tons of cargo inside the cab and up to 2.5 tons on the external sling.

Russian Helicopters has received type certification from Russia's Federal Air Transport Agency Rosaviatsia for the latest Ka-62 civilian helicopter. This certificate makes it possible for the OEM to start deliveries to the Russian market.

The Ka-62 flight test programme started in 2017. Three prototypes took part, performing 434 flights with a total duration of about 700 hours. During the tests, specialists from the National Center for Helicopter Engineering assessed the overall performance of the helicopter and checked the operation of the main power supply systems, onboard equipment and power plant.

A spokesperson for Rostec says: “Obtaining a type certificate for the Ka-62 is an important milestone for the Russian helicopter industry. At the moment, the fuselage of the first serial Ka-62 has been laid in the Far East. Starting next year, we plan to start full-scale serial production and deliveries of the vehicle to Russian operators. In 2022-2024 we will work on expanding the operational capabilities of the helicopter through certification of additional equipment, such as external suspension, an onboard winch, medical module and anti-icing system.”

The Ka-62 is a multipurpose helicopter designed to meet Russian and international airworthiness standards, and reliability and safety standards for cargo and passenger transportation. It has a single rotor design with a multi-blade tail rotor in the annular channel of the vertical tail assembly. Polymer composite materials are widely used (up to 60 per cent by weight), which makes it possible to reduce fuel consumption and increase the speed and load capacity. In addition, the Ka-62 is equipped with a modern avionics complex.