Read our latest feature:   Checklist: Aircraft finance
Coalition calls for 5G mobile rollout to be delayed
A coalition is calling on the FCC and the FAA to convene a joint industry working group to find a long-term solution for a safe 5G rollout. Gogo dismisses the potential of its 5G networks interfering with services.

The NBAA has joined a coalition of organisations representing leading aerospace manufacturers, airlines, pilots and operators in calling for a delay to the deployment of 5G technologies to the C-band until the safety and efficiency of the National Airspace System (NAS) is ensured.

In a letter to the National Economic Council, the coalition urges collaboration with the Federal Communications Commission (FCC) and the FAA to convene a joint industry working group to bring the aviation and telecommunications industries together to find a long-term solution that will protect the flying public by ensuring radio altimeters operate accurately while allowing 5G to roll out safely.

The discussions between the FAA and the Federal Communications Commission focus on potential interference with aircraft radio altimeters that operate in the 4.0 GHz - 4.2 GHz range caused by the terrestrial carriers' 5G use of C-Band spectrum in the 3.7 to 3.98 GHz range.

“We believe it is incumbent on the National Economic Council to work with the FCC and FAA to convene a joint industry working group and continue to delay the deployment of 5G technologies in this band until the safety and efficiency of the NAS is ensured. The goal of this working group would be to reach acceptable mitigations,” they write. “Aviation will not be able to maintain the current level of public safety and economic activity without support from the Biden-Harris Administration and the implementation of mitigations by the cellular industry.”

“NBAA remains committed to working with regulators and our industry partners to identify workable solutions for all parties,” says Heidi Williams, NBAA senior director for air traffic services and infrastructure. “While high-speed data and communications hold many benefits, we must first and foremost ensure such systems do not compromise the safety and integrity of operations within our national airspace system.”

Gogo Business Aviation has dissmissed the potential of planned radio frequencies for its 5G networks interfering with aeronautical services.

Commenting on the issue Sergio Aguirre, president of Gogo Business Aviation: “Gogo has never used the frequencies under discussion, nor do we plan to use those frequencies for our 5G network. The spectrum bands used by Gogo, currently and following the launch of our 5G network, have been in use for decades and have never been shown to interfere with aeronautical services.”

For its 5G network Gogo plans to use 4 MHz of spectrum it owns in the 800 MHz band and additional unlicensed spectrum in the 2.423 GHz to 2.475 GHz range, which it says has sufficient spacing from the radio altimeter operating range to preclude any interference by the Gogo 5G system. 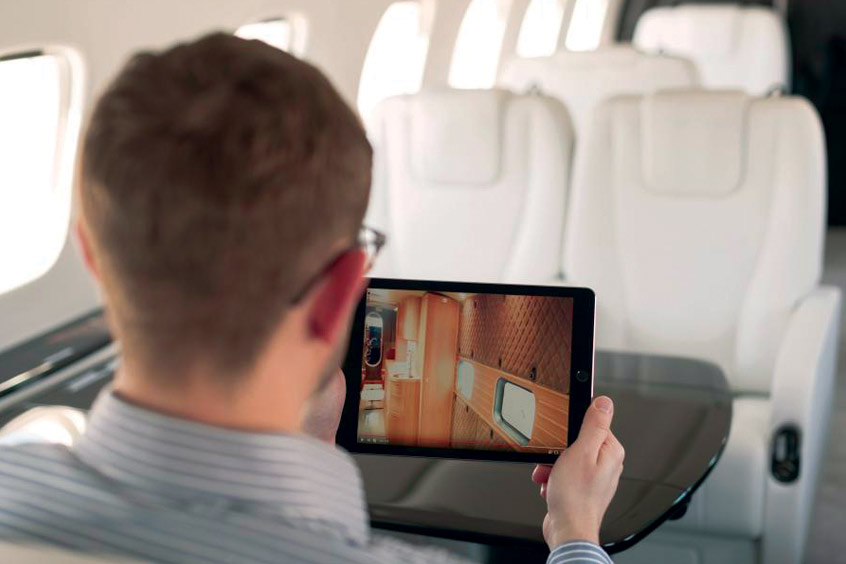 Duncan offers incentives for 5G Trendsetter programme
Adding Gogo's X3 5G LRU to the Avance L5 inflight wi-fi system will let passengers access the network once it launches this year. Those who sign up for Duncan's Trendsetter programme can lock in special pricing.
Read the full report

NBAA and NATA make the case for aviation
NBAA welcomed the blender's tax credit as proposed in the Sustainable Skies Act to increase the production, availability and use of SAF, and urged support for electric, hybrid and hydrogen technologies.
Read the full report