Read our latest feature:   Show issue: MEBAA
Archer rings the bell on the future with NYSE listing
Archer Aviation and Atlas Crest Investment have combined in a deal which is expected to generate approximately $857.6 million in gross proceeds. 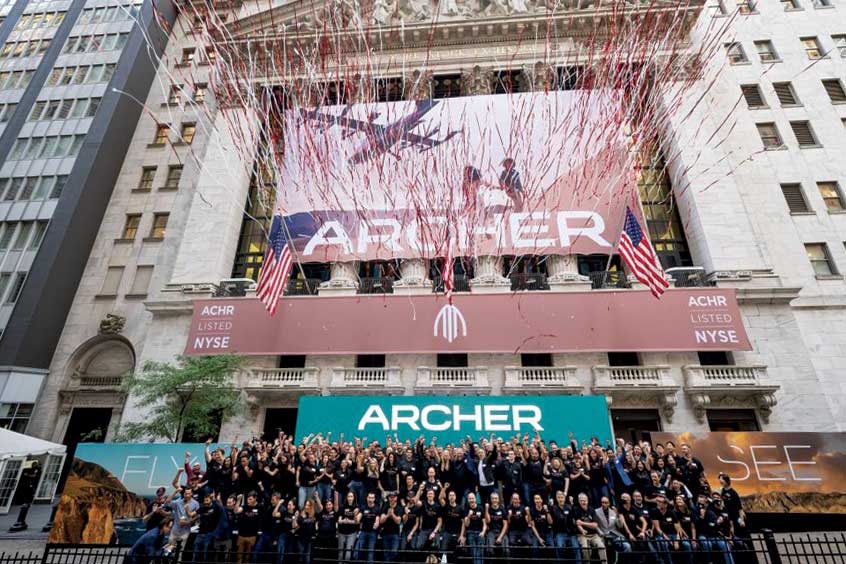 As its common stock and warrants commenced trading it celebrated with the ceremonial ringing of the bell to open the New York Stock Exchange.

Archer Aviation has closed its business combination with Atlas Crest Investment. Upon the completion of the transaction Atlas Crest changed its name to Archer Aviation Incorporated and became a publicly traded company. As its common stock and warrants commenced trading it celebrated with the ceremonial ringing of the bell to open the New York Stock Exchange.

“Today marks a great moment for the Archer team, and we are excited to push forward with additional capital as we pursue our goal of bringing our urban air mobility network vision to life,” says Brett Adcock, co-founder of Archer. “Completing our go-public transaction and having Archer trade on the New York Stock Exchange is a huge milestone for our business.”

The business combination generated approximately $857.6 million of gross proceeds, including $600 million of proceeds from the PIPE which will help fund Archer's vision of bringing an eVTOL to market and launching an urban air mobility network.

Michael Spellacy ceo of Atlas Crest, adds: “We are pleased to have reached this important milestone in closing our transaction with Archer. With the proceeds from this transaction, Archer is entering the public markets from a position of financial and competitive strength to accomplish its mission of revolutionising the future of urban transportation.”

"We believe Archer's eVTOL aircraft can be the future of how people will travel in and around cities. In a market projected by Morgan Stanley to be worth $1 trillion by 2040, it's exciting that Archer is among the first publicly-traded companies working to build this future," concludes Adcock.