Mi-171A2 ready for deployment in Vietnam
The use of the KBO-17-1 digital avionics option on the Mi-171A2 helicopter, designed according to the glass cockpit principle, has made it possible to reduce crew to two people. Vietnam is the latest country to approve. 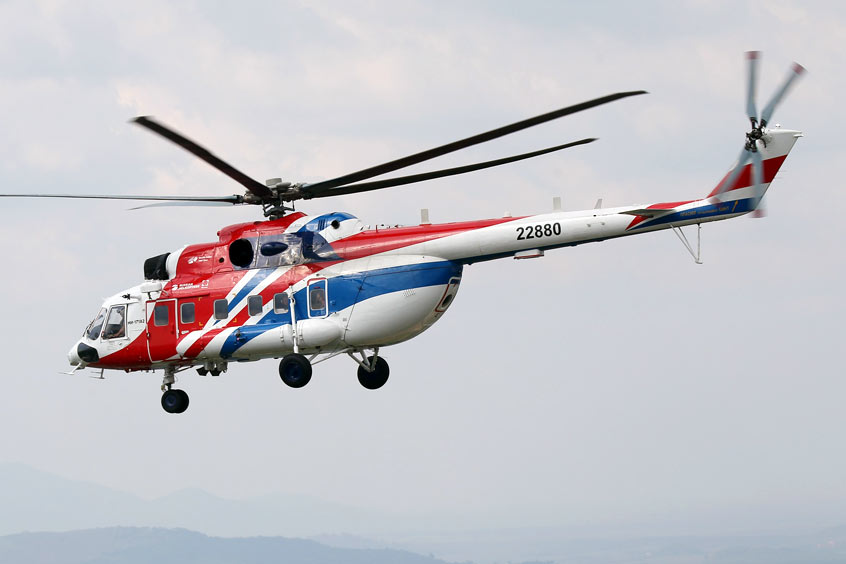 The Mi-171A2 helicopter embodies the best characteristics of the Mi-8/17 aircraft.

The Civil Aviation Authority of Vietnam (CAAV) has validated the type certificate of the Mi-171A2 multipurpose helicopter admitted at the Ulan-Ude Aviation Plant, a subsidiary of Russian Helicopters. This event opens the Vietnamese market for the latest variant of the Mi-8/17 helicopter family.

On 13 March 2020, Russia's Federal Air Transport Agency (Rosaviatsia) and CAAV signed a working agreement on airworthiness issues aimed at supporting and simplifying the validation of Russian aircraft exported to Vietnam. This was carried out by the Federal Air Transport Agency in support of the priority plan for the export deliveries of promising domestic aviation equipment, formed by the Ministry of Industry and Trade of Russia and enterprises of the Russian aircraft industry.

The first foreign operators of the Mi-171A2 were based in Kazakhstan and India. The helicopter type certificate has been validated by the aviation authorities of India, Colombia, South Korea and now Vietnam. In addition, the Mi-171A2 certificate is also planned to be validated in China, Brazil, Mexico and Peru.

The Mi-171A2 helicopter embodies the best characteristics of the Mi-8/17 aircraft. It is equipped with VK-2500PS-03 engines with a digital control system. Increased power engines and navigation and radio communication equipment have expanded the scope of the helicopter. They provide the Mi-171A2 with new capabilities when operating in high mountain regions and areas with hot climates. Thanks to a more efficient X-shaped tail rotor, a new main rotor with composite blades, as well as an improved aerodynamic profile, the cruising and maximum speed of the Mi-171A2 relative to the serially produced Mi-8/17 helicopters has increased by 10 per cent and the carrying capacity by 25 per cent (up to four tonnes of cargo inside the cargo compartment or up to five tonnes on the external sling).

The use of the KBO-17-1 digital avionics option on the Mi-171A2 helicopter, designed according to the glass cockpit principle, has made it possible to reduce the crew to two people. The use of video cameras has improved visibility when working with an external suspension. Flight safety has been improved through the use of modern systems to prevent collisions with the ground, other aircraft and obstacles in the helicopter's route. The Mi-171A2 has the ability to be quickly reconfigured – the cargo compartment can be converted into a cargo, SAR or passenger version in a short time.

The helicopter was certified in category ‘A', which meets the most stringent flight safety requirements for civilian helicopters. It can perform SAR, medevac,, transport operations, extinguish fires or transport passengers at any time of the day, at temperatures from -50 to +50 degrees Celsius in high mountains, desert, tropical or arctic climates. The helicopter is capable of long term non-stop flights.