Read our latest feature:   Show issue: MEBAA
Archer takes a bow by introducing Maker virtually
The Maker is the result of extensive development by Archer’s world-class team that collectively has over 200 years in eVTOL experience. An audience at the Hawthorne Hangar Operations FBO was offered a sneak peek. 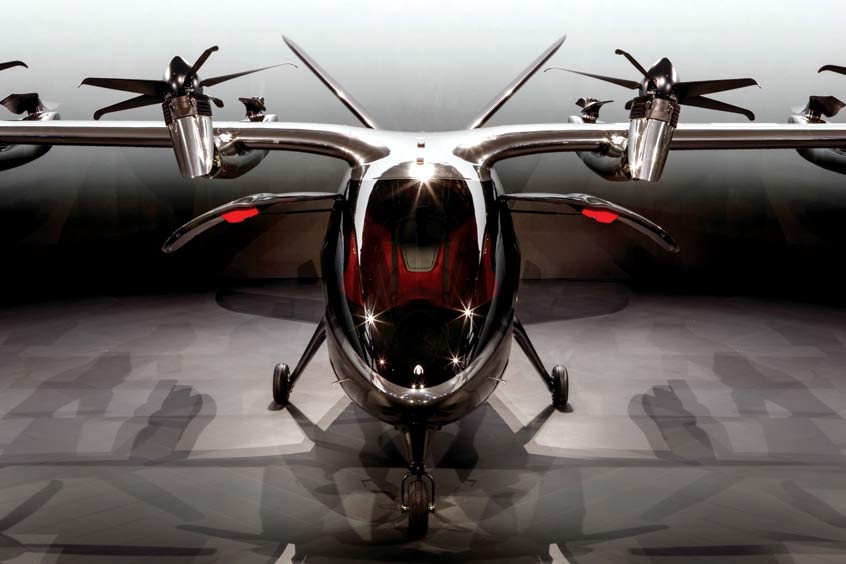 The fully electric aircraft, designed to be 100 times quieter than a helicopter, will travel distances of up to 60 miles at 150 mph.

California-based Archer, a company designing and developing electric vertical takeoff and landing aircraft (eVTOL), debuted its Maker aircraft both live in Los Angeles and streamed to a global audience on the evening of 10 June. The intimate, COVID-safe in-person event was held at the Hawthorne Hangar Operations FBO at Jack Northrop Field in Hawthorne, California and utilised XR technology to take audiences on a virtual ride on Maker.

“Archer has a big, bold company vision, and our approach to this milestone moment had to match that,” says Louise Bristow, who leads marketing and communications for Archer and assembled the creative team. “We wanted to deliver an experience that went beyond the conventions of normal product launches and to bring together a unique group of partners to create something truly immersive for our audience.”

Archer’s UAM platform will move people throughout cities in a fast, safe, sustainable and cost-effective manner. The fully electric aircraft, designed to be 100 times quieter than a helicopter, will travel distances of up to 60 miles at 150 mph using technology that is available today. Archer’s aircraft will revolutionise the next era of travel and transform how people approach everyday life, work, and adventure, all while benefiting the environment and working towards a zero-emissions future. The Maker is the result of extensive development by Archer’s world-class team that collectively has over 200 years in eVTOL experience.

“Maker's unveiling has been years in the making and marks a pivotal juncture for the eVTOL industry and future of transportation,” says Brett Adcock, co-founder and co-CEO of Archer. “Every day at Archer, we're working to build the future, and we have never felt closer than we did introducing the world to Maker.”

Archer's new chief creative officer Kenny Taht was at the helm of the event's creative direction, drawing on over three decades of experiential design and television production to bring Maker to life. “True innovation requires inspiration, which is why the team at Archer put great emphasis on creating a groundbreaking, highly engaging moment for Maker's unveiling,” Taht explains. “In order to progress UAM, continuous education is needed and, with this experience, we've helped introduce travellers to this new reality.”

Maker's unveiling is the latest example of Archer's continued momentum, setting the stage for the next phase of engineering and flight testing. With backing from United Airlines' commercial order in February and the recently announced merger with Atlas Crest Investment Corporation, the company is valued at $3.8 billion, Archer is in an excellent financial position to continue on its accelerated timeline toward commercial launch in 2024.

From a logistical standpoint, Archer’s definitive OEM agreement with Stellantis, one of the biggest automotive manufacturers in the world, grants the company access to the low-cost supply chain and advanced composite material capabilities needed to produce aircraft at the scale to support the company’s future UAM platform. In order to usher in the adoption of eVTOL and promote sustainable travel, Archer has also partnered with the cities of Los Angeles and Miami to begin development on UAM networks for city travellers, with consumer flights slated for 2024.