Italian fire brigade invests in Avanti EVO
The configuration of a new Piaggio Avanti EVO for The Italian National Fire Brigade will enable it to carry one stretcher. The aircraft features a flight management system that will make it well-suited to SAR missions. aircraft, which will replace an older P.180, will be customised to the needs of the brigade 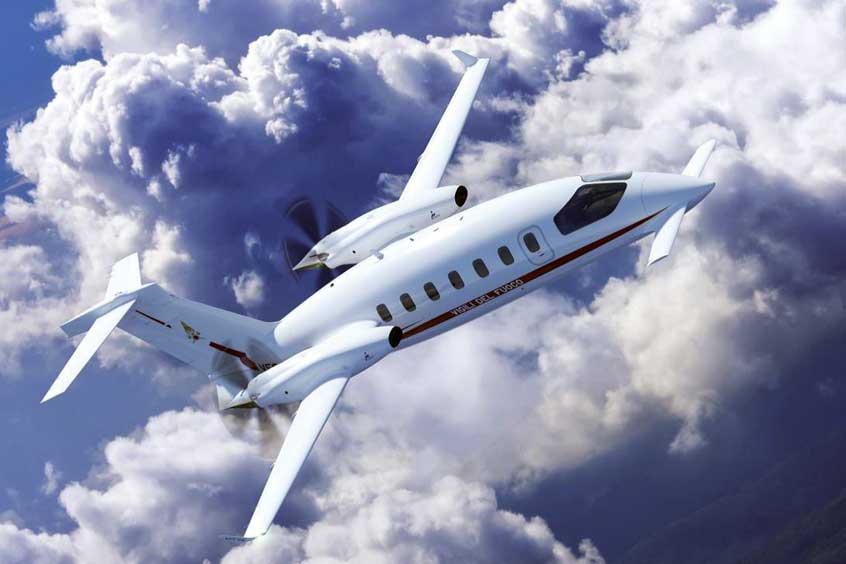 Piaggio has received more than a dozen aircraft orders since entering extraordinary administration.

The Italian National Fire Brigade has placed an order for a Piaggio P.180 Avanti EVO, set to be delivered next summer. The sale was announced by the extraordinary commissioner of Piaggio Aerospace Vincenzo Nicastro during a virtual meeting organised by the Ministry of Economic Development (MISE), with the participation of representatives of local authorities and trade unions and chaired by undersecretaries of Economic Development Alessandra Todde and Gian Paolo Manzella.

The configuration of the aircraft, which will replace an older P.180, will be customised to the needs of the brigade, in order to perform various tasks such as personnel transport for up to eight passengers and SAR. It can carry one stretcher and features a flight management system capable of SAR mode and particularly suited for such operations. The P.180 will be delivered with a passenger door larger than the standard one, so that assigned activities can be performed more easily.

The signed contract includes the commitment by Piaggio Aerospace to perform scheduled and non-scheduled maintenance on the new aircraft, as well as on a second aircraft in the fire brigade's fleet, for two years following the delivery. The total value of the order is approximately nine million euros.

Paolo Maurizi, head of the brigade’s aerial service and airport rescue coordination office, says: “One of the two aircraft of our fleet needed significant configuration updates, and its replacement with a new production one soon seemed to us to be the optimal solution. We can continue to appreciate the excellent characteristics of the P.180, but with increased capability and lower operating costs.”

Nicastro adds: “With this order, which is in addition to the 14 obtained since the beginning of the extraordinary administration, Piaggio Aerospace confirms that the P.180 Avanti EVO in its most recent configuration well fits the operating needs of those working daily to guarantee the safety of citizens. The trust placed in us by the fire brigade takes on at this time a particular significance, as the company in its entirety is now close to the award of a new owner and the opening of a new chapter in its history.”