Brazil ready to consider Mi-171A2 for commercial ops
Mi-171A1 helicopters have been operating in Brazil for nearly 15 years. Now Russian Helicopters hopes its latest incarnation, the Mi-171A2 will make its mark in the country. 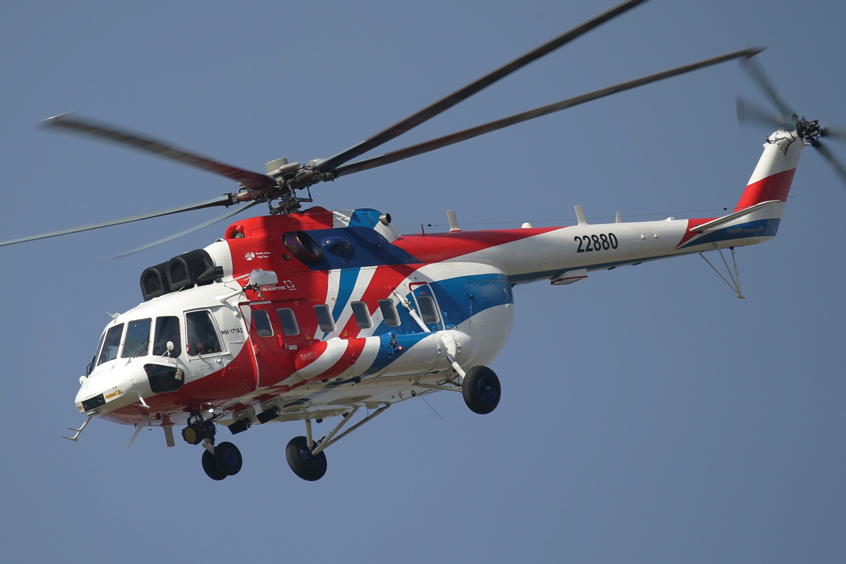 “Brazil is our long-time partner and one of the key countries in South America for the promotion of Russian helicopter products,” says general director of Russian Helicopters Andrey Boginsky. “Mi-171A1 helicopters have been successfully operating in the country for more than 10 years, and I am sure that the new helicopter will soon also have the opportunity to earn a positive reputation. Brazil's certification authority is processing the documentation it received for the Mi-171A2 and, considering our experience of certifying the Mi-171A1 helicopter, I think that this issue will be resolved in a short time.”

Director of the Rostec aviation cluster Anatoly Serdyukov adds: “In light of Brazil's strong demand for mid-class multipurpose helicopters, we are bringing to the local market a new machine that is modern, roomy and reliable. The Mi-171A2 helicopter provides long range, which is important for a country where rotorcraft are operated in hard-to-reach areas. We intend to develop after-sales service as part of an international partnership to guarantee the type's maximum operational life and as a prerequisite for flight safety.”

The Mi-171A1 helicopter, optimised for the requirements of European commercial operators and FAR-29 aviation regulations, received Brazilian type certificate approval in 2005, with the first delivery to the country taking place the same year.

In 2010, Atlas Taxi Aereo won a tender by Brazilian state oil and gas company Petrobras to carry out aerial work in the harsh environmental conditions of the Amazon rainforest using Mi-171A1 helicopters. During a year of intensive operation, one helicopter completed more than 1,000 hours, moving around 600 tons of cargo including drilling equipment on an external mount.

The T-HUMS onboard monitoring and diagnostics system was also installed in the new Mi-171A1 helicopter for the first time by the Brazilian company. This provides automatic monitoring of a broad range of nodes in real time, which can enhance flight safety, reduce maintenance costs and increase aircraft availability.

The Mi-171A2 incorporates 80 changes to its predecessor, the Mi-171A1. The helicopter is equipped with VK-2500PS-03 engines, a civilian version of the engines installed on the Mi-28 combat helicopters, with a digital control system. One of the most important differences between the Mi-171A2 and the helicopters of the Mi-8/17 family, however, is the carrier system. The helicopter has a more efficient X-shaped tail rotor and a new main rotor with integral composite blades with an improved aerodynamic layout. In August 2017, the helicopter received a Type A certificate from the Russian Federal Air Transport Agency, indicating that the type meets the country's most stringent safety standards.