Vietnam first in southeast Asia to take a peek at Ansat
More than 80 Russian-built helicopters are already in service in Vietnam with many more in use across southeast Asia. Russian Helicopters is looking to capitalise on this by introducing its Ansat to the region. 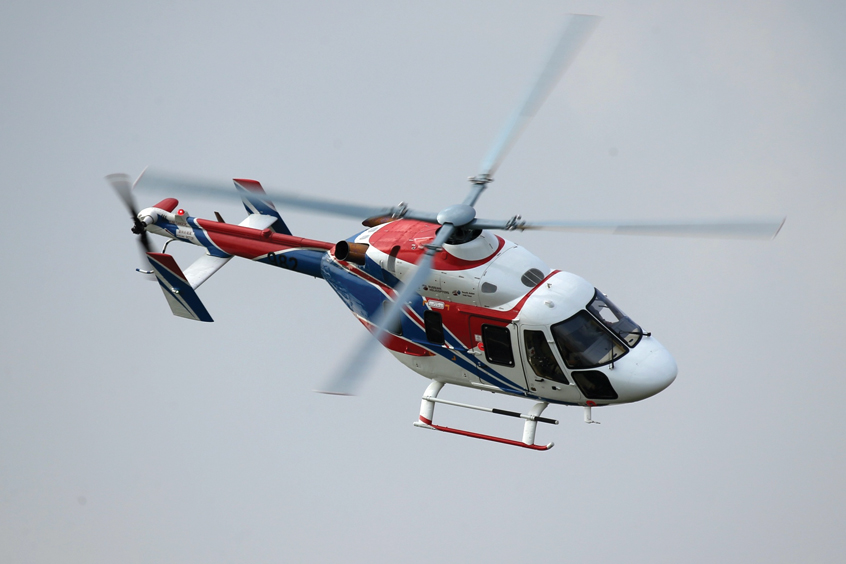 The Ansat performed a demonstration flight at Gia Lam airport in Hanoi on the first stage of its tour of southeast Asia.

Russian Helicopters, part of Rostec State Corporation, has presented its Ansat helicopter in Hanoi, Vietnam, as part of the type's southeast Asia tour. Demonstration flights took place at Gia Lam airport and the event was attended by key Vietnamese helicopter operators, who were presented with the main competitive advantages of the helicopters, the system of their after-sales service and financial processes.

“Currently, Vietnam has more than 80 helicopters made in Russia, however most of them are military," says Russian Helicopters CEO Andrey Boginsky. "One of the main goals of our event in Hanoi was to present the latest civilian models that will be sought after in Vietnam in the coming years. The civilian helicopter market in southeast Asia has demonstrated steady growth, and this is a great opportunity for us to expand our presence there."

The Ansat is a light multipurpose twin-engine helicopter produced at the Kazan Helicopter plant. Its design enables it to be converted into a cargo version or into a passenger rotorcraft that can lift up to seven people. The Ansat is certified for use in temperatures ranging between -45 and +50 degrees centigrade.

Boginsky expects interest to continue as the Ansat moves on to Cambodia, Thailand and Malaysia: "We expect to not only hold meaningful negotiations with potential customers, but also to sign soft contracts for these machines,” he says.

He added that, generally, southeast Asian operators highly appreciated helicopters made in Russia, especially for firefighting, as well as transport and building and assembly work in hard-to-reach areas.

Russian Helicopters is rapidly developing service centre infrastructure in the region. Helitechco, a Russia-Vietnam joint venture, has operated since 1994 and repaired over 80 civil helicopters belonging to state and commercial customers from Vietnam, Laos, Cambodia, India, Australia and New Zealand. Helitechco is the only repair service centre in southeast Asia where professionals from Mil Moscow Helicopter Plant monitor the repair processes.

In February 2018, a memorandum of intent was signed with Thai company Datagate. Assistance on arranging a service centre for the maintenance of Russian helicopters in Thailand is among the areas of cooperation mentioned in the document. This centre is expected to provide operators with routine and repair operations, troubleshooting and replacement of components. Additionally, the parties determined a capacity for supply of replacement parts and repairing assemblies for civil helicopters under standalone contracts.

When equipped with its medical module, the Ansat can be used to administer first aid and evacuate patients even in difficult terrain and remote areas that lack transport accessibility. Moreover, the Ansat medical module enables patient resuscitation, intensive therapy and continuous monitoring of the injured persons' vital functions during their transportation to hospital.