Read our latest feature:   Show issue: MEBAA
Russian Helicopters to open service centres in China
More than 400 helicopters are registered in China and there is considerable interest in the provision of qualified services throughout the life cycles. 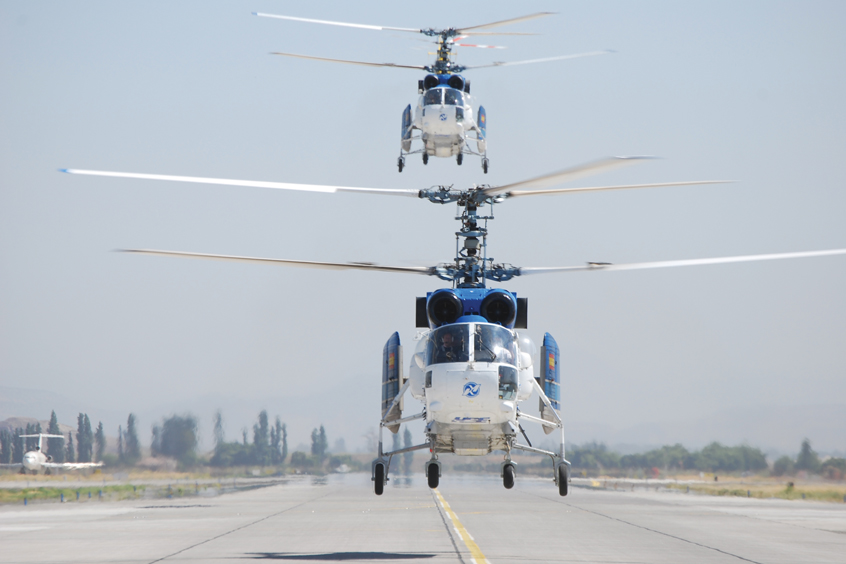 Russian Helicopters is looking to establish an MRO facility for Ka-32 and Mi-171 helicopters in Shenzhen, China.

Together with China's United Aviation Technology (UAT), Russian Helicopters Holding Company, part of the Rostec State Corporation, is continuing negotiations to establish a maintenance and repair centre for Russian helicopters. UAT is a joint venture between it and CITIC Offshore Helicopters, AVIC International and Avicopter to set up a maintenance and repair centre for Ka-32A11VS and Mi-171 helicopters in Shenzhen. The Chinese party has also expressed interest in upgrading the maintenance, repair and overhaul base in Tianjin to carry out similar work.

“China is one of the largest operators of Russian-made helicopters, and the number of registered Russian aircraft is over 300 units,” says Rostec aviation cluster industrial director Anatoly Serdyukov. “Mi-8/17 and Ka-32A11BC helicopters are successfully operated throughout the PRC, particularly in regions with difficult terrain and harsh climate conditions. The creation of a maintenance and repair centre in Shenzhen is an essential infrastructure project that will increase the competitiveness and export potential of our helicopter technology. We expect to sign a contract before the end of the year.”

The company has been demonstrating the Mi-171A2 and Ansat capabilities at an airshow in Zhuhai. It presented full-scale equipment samples for the first time before embarking on a demonstration tour of countries in southeast Asia.

“China is one of the key operators of helicopters not only in Asia, but worldwide,” says Russian Helicopters CEO Andrey Boginsky. “This market is continuing to expand rapidly; it needs modern civilian aircraft and we are prepared to offer these. We have already begun the process of certifying these helicopters in China and we expect to complete shortly for the Ansat, while we expect the Mi-171A2 to be certified by mid 2019.”