The De Havilland Canada DHC-8 D, the Dash 8, is a turboprop powered regional airliner. DHC was later bought by Boeing in 1988, then by Bombardier in 1992 and by Longview Aviation Capital in 2019, who revived the de Havilland Canada brand.

Powered by two Pratt & Whitney Canada PW100s, it was developed from the Dash 7 with improved cruise performance and lower operational costs, but without STOL performance.

The Dash 8 has a large T-tail, intended to keep the tail free of prop wash during take off, a very high aspect ratio wing, elongated engine nacelles that hold the rearward-folding landing gear and the pointed nose profile.

The Series 200 kept the same airframe but was re-engined for improved performance with 2,150 shp Pratt & Whitney Canada PW123s.

The Series 300 was introduced in 1989 using a stretched airframe for up to 56 passengers.

Variant types
Manufacturing data
For detailed information about the manufacture of this aircraft, please consult our sister publication Airframer: De Havilland Dash 8 Series
Charter operators
Why is this data obscured? 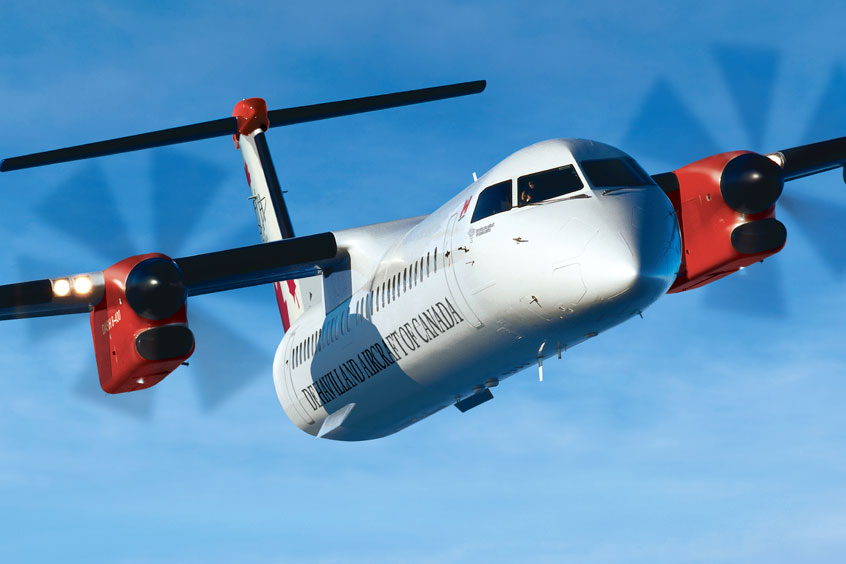 DHC makes Alberta manufacturing move
A new De Havilland Field manufacturing facility will be the final assembly site for the DHC-515 Firefighter launched this year, and the DHC-6 Twin Otter and Dash 8-400 that are being brought back into production.
Read the full report 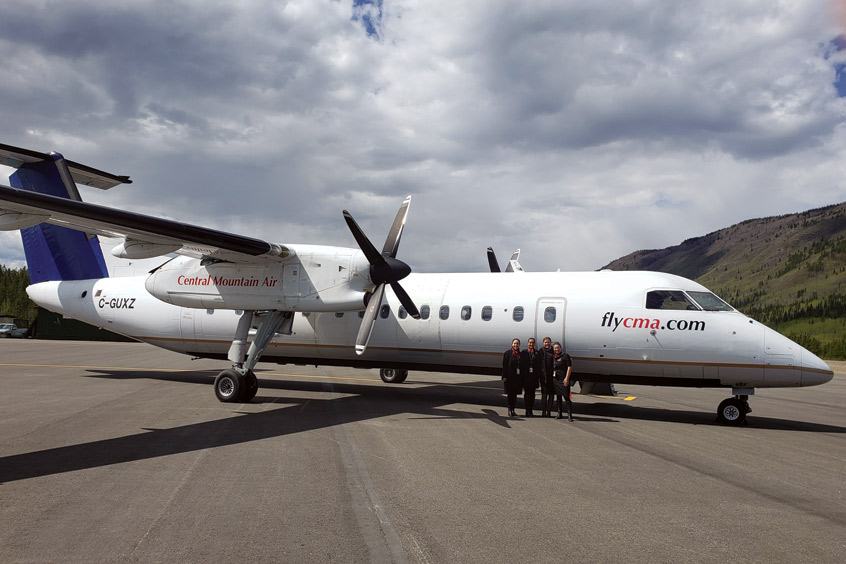 Central Mountain Air adds Dash 8 and welcomes COO
CMA has welcomed the arrival of an additional Dash 8-300 aircraft in its continued effort to support business growth and improve connectivity in Western Canada. It has also appointed Trevor Wakefield as COO.
Read the full report