Aircraft management: Demand set to grow but quality and reliability are still the keys to successful business expansion
Europe's aircraft management companies report that demand is growing but customers are not prepared to settle for less than the best.

Europe's aircraft management companies report that demand is growing but customers are not prepared to settle for less than the best. EBAN reports the views of Executive Airlines of Spain; FlyingGroup of Belgium, Hamlin Jet of the U.K.

The wave of privately-owned VLJs expected to wash over Europe in the coming years will increase the demand for aircraft management. But companies say that, despite the expected added demand, the emphasis will still be on quality and reliability.

Executive Airlines, which plans to more than double its fleet to 28 jets (see accompanying news item) has built much of its expansion on aircraft management. Juli Lopez, ceo, confirms that quality and reliability are major requirements.

Belgium's FlyingGroup is another operator that has built a big aircraft management operation but feels an international dimension is essential for future development. "We have nearly 15 years' experience. But, although we are a leading operator for private and business aviation in Benelux, we are making sure that our share of the French market will also growing steadily," says Ben Paindavin, marketing & PR director. "Through the economies of scale companies can save enormous amounts that would otherwise be spent on their own facilities; meanwhile they can rest assured that their investment is operating according to the most up-to-date European standards," Paindavin adds. As an EASA approved Part 145 facility, FlyingGroup offers aircraft maintenance on its complete fleet.

"Aircraft management should simplify life, cost thousands of Euros less than an in-house flight department, provide all the benefits and advantages of business aviation including pilots and maintenance, have aircraft ready to fly when needed, and provide worthwhile charter revenue," says Paindavin.

In the U.K., Hamlin Jet also believes in reliability and personal service. Diners at an exclusive restaurant expect to enjoy a meal of their choice at their leisure and pay the bill after a pleasant evening where it is a given that all the chores are taken care of. But, if they were Hamlin Jet customers, they might also be collected and delivered by limousine.

Mike Hamlin, who ran the Lotus Cars fleet before transferring his skills to Hamlin Jet, believes aircraft owners should be similarly and discreetly waited on. "The client should be able to just decide the when and where of travel and how and when to pay and the management company should take care of the rest," says Hamlin. Hamlin Jet was established over 20 years ago to provide impartial advice on buying, owning and running a private jet. Hamlin says: "Many clients have purchased up to four different aircraft through the company."

His picture of the aircraft management company of the present and the future is of "one that can do everything that needs to be done for the client and the aircraft including providing the staff, processing the travel formalities, ensuring the maintenance, sorting the schedules and flight plans, and ensuring value for money in tandem with meticulous accounting."

Operations should run so smoothly that they might appear to be run with ease. But nobody in aircraft management is under any illusions as to the effort involved in making sure the client is at the place he or she wants to be at the time desired.

Slots must be available and specialist knowledge will be needed to ensure the formalities are taken care of. "The aircraft owner doesn't want to know about problems," Hamlin points out. "He or she wants to fly to the destination, step out of the aircraft, get in the car and go. So the aircraft management must do whatever it takes to ensure that the owner can accomplish this. The work involved at some airports might be heavy and complex but that is not the owner's concern."

He adds: "In-house maintenance is a prerequisite. An aircraft management company ideally wants complete control so it doesn't have to negotiate with maintenance companies and fit in with their schedules. If the aircraft comes in at 6 p.m. on a Friday night you don't want to have to wait until Tuesday to get it back into operation. You want it sorted immediately and ready if the owner wants to fly out again on the Saturday."

Tight administration is vital. "Each aircraft involves administration of at least E1 million each year," says Hamlin. "The work involves keeping track of bills for insurance, maintenance, fuel etc. - all the associated costs of running the aircraft. The accounts should be presented meticulously. The client should receive a regular neat one-page summary of the outgoings; the bills packaged in apple pie order for perusal as desired and the cheques made out for the right amount awaiting only authorisation and signature."

It might not be as straightforward as ensuring an evening at the restaurant is a memorable highlight with no downside. But the result, Hamlin says, should be the same.

Five year contract heralds Bond’s return offshore
Delighted to be returning to the helicopter market, Bond is to base five AW139s at Norwich airport to support a five year offshore contract with Perenco. Operations are due to start January 2024.
Read the full report 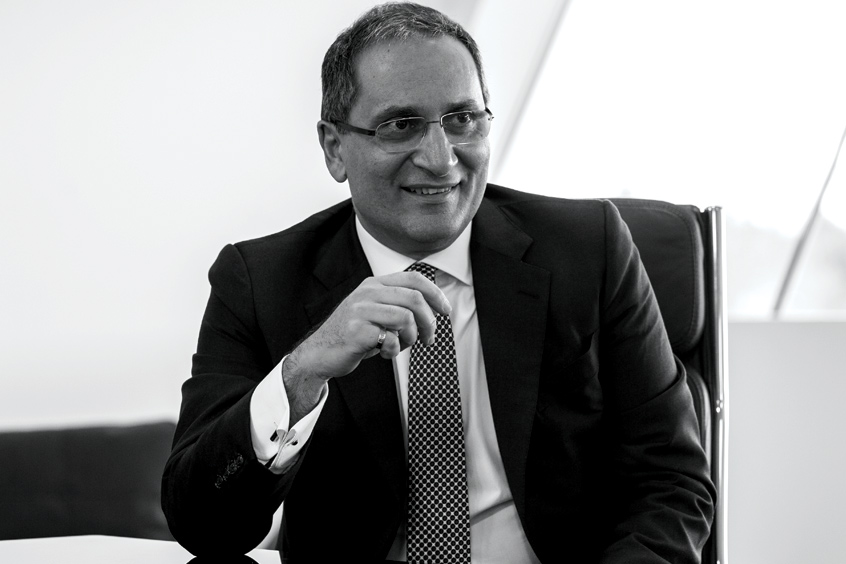 Offshore contract heralds Gama's entry into special mission venture
The joint venture with Peter Bond and a new offshore helicopter contract are central to Gama Aviation's strategy to grow its position in rotary special missions both onshore and off.
Read the full report