ARA Flugrettung chalks up record missions
Last year the red-white-red air rescue professionals at ARA’s three bases in Fresach, Nassfeld and Reutte completed 2,557 missions. Never before have the crews been challenged in this way. 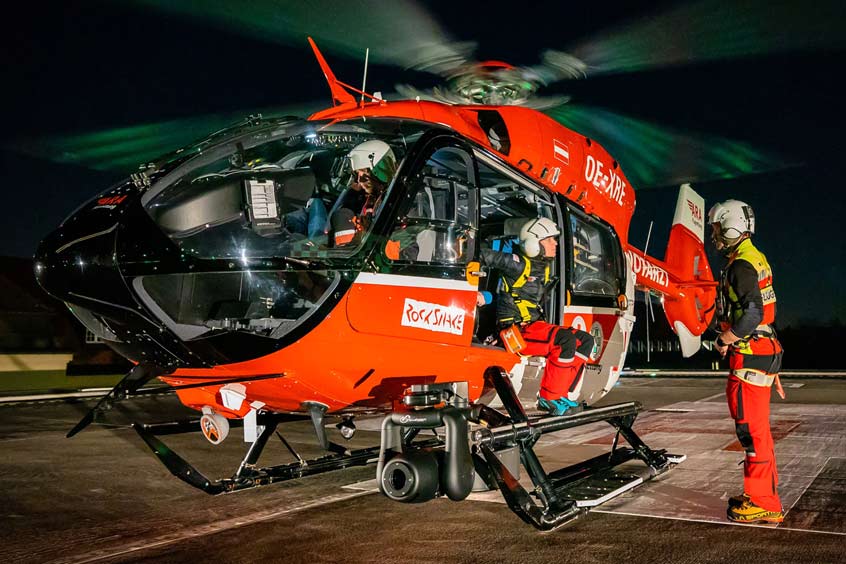 The latest technology and a highly trained team ensure that the ARA air rescue helicopters arrive quickly on the scene.

The three emergency medical helicopters of Austria-based air rescue service ARA Flugrettung were in constant use in 2022. They completed 2,557 missions, a first in the 21-year history of the not-for-profit company and an increase of 404 missions, or 19 per cent, over 2021.

“A remarkable figure,” says managing director Thomas Jank. "Our company has existed for 21 years but our crews have never been as challenged as they were last year.”

Jank gives several reasons why the rescuers became real frequent flyers in 2022: “Our ultra-modern H145 helicopters can, together with their professional crews, better demonstrate their technical advantages in the fight against fate. We are at the scene of an emergency just as quickly at night as during the day; the permanent rescue hoist and the high performance headlights have become real game changers in the alpine terrain, and as a flying intensive care unit we are now on the road throughout Germany for secondary transports.”

As the only civil air rescue company in Germany and Austria, ARA Flugrettung is also allowed to use the rescue winch for rescue operations at night. In total, the company completed 25 night winch operations.

“The ability to perform a winch rescue at night offers a big advantage for the casualty, and also for the ground-based rescue workers, especially in alpine terrain. In the past, it often took hours for the rescue workers to get to the scene, sometimes at high risk, so a nighttime operation on the mountain is now shorter and significantly improved by using the winch,” says the flight operations manager.

Deputy managing director Andreas Grießer notes that the 2022 mission report is the best proof that the range of services offered by ARA is increasingly appreciated by the emergency control centres. This is evidenced by the fact that its emergency medical helicopters are increasingly invited to exercises by various rescue organisations. “Even if we can't take part in every event, we’re proud that our company’s know-how is in such high demand,” he says.

There are currently 99 people working for the ARA air rescue service: 18 pilots, 14 winch operators (HEMS-TC), 16 air rescuers, 41 emergency doctors and 10 administrative staff. At its Fresach and Reutte bases, a four man crew (pilot, winch operator, flight rescuer and emergency doctor) is flown, and can be supplemented by other specialities, for example mountain rescuers, specialists, intensive care nurses and dog handlers for avalanche operations, if necessary. A three person crew is deployed at Nassfeld.

The ARA air rescue was founded in 2001. The company, which cooperates with the Carinthian Red Cross, belongs to the DRF Luftrettung Group and operates three stations in Austria: Fresach and Nassfeld in Carinthia, and Reutte in Tyrol.